There is a term that should no longer be used to talk about Maurizio Cattelan and his site specific retrospective underway in Milan until February 20, 2022, and that is the word “provocative”. This meaning continuously associated with the artist is to forget and disperse. To be suspended or rather hung on any wall with scotch tape and left hanging there because in this Milanese space there is nothing provocative, on the contrary Cattelan presents intense and dramatic reflections on our time and on the cycle of life with a sense of profound loss.

The exhibition space, already architecturally divided into three rooms, was left thus enhancing the building itself as a large stage space with different elements – and related meanings – to give shape to “a work in three acts, frozen in time where reigns silence” as stated by one of the curators, Vicente Todolì. Meanwhile, it must be said that the Pirelli HangarBicocca space is so large that, despite the walls, it has more to do with the dispersion and the indefinite rather than the finished and is considered among the most important locations for contemporary art exhibitions in Europe.

Although Cattelan does not love retrospectives, he has chosen to deliver three visionary works to the viewer’s observation path in a solemn and minimal way with suggestive lighting expertly created by the light designer Pasquale Mari. The first intimate vision is Breath, an installation consisting of two scenic objects in the so-called “square” of the exhibition entrance space: the figure of a man, lying almost in a fetal position, in front of a dog, a symbol dear to Cattelan’s research, at turn lying specularly. They seem to be sleeping. One can also imagine a silent dialogue between them, but it doesn’t matter. There is nothing around. And this nothing is testimony that reaches straight to the perception of the viewer.

It seems that Cattelan was also moved by the need to show a sort of dream birth in the loss of utopian meanings that are now non-existent in the real world. There is no ideological, utopian, poetic unity in our world. The gods have fallen and an original form of belonging to a unitary and archetypal vision is missing. In fact, there is no unity, but a duality personified by man and dog. A duality where something sacred has remained, but also destined to become a distant breath of time.

Cattelan places before the eyes of the public a split, a division that, in the history of thought about the world, already begins with Descartes with the mind-body contrast. And then in the following centuries: soul-matter, virtual-real, peace-war, life-death or love-death. Thus, in his work in three acts, the figure of a dog lying down is an alterity compared to the human figure: both in the void, in the loss, in the absence which is the driving force of this exhibition.

Further on, in the space marked by Pirelli HangarBicocca, Cattelan’s visionary narration continues towards the “naves” with Ghosts, the second visionary suggestion. Apparently there is nothing in the ceilings almost twenty meters high, in reality, as Roberta Tenconi, curator of the exhibition together with Todolì argues, “by delving into it you discover how much this place is inhabited and colonized by countless birds: pigeons with eyes that scrutinize us”.

Pigeons return, constant elements in the artist’s visions, if one thinks of Tourist exhibited in 1997 in Venice and also of Others in the 2011 Biennale. They remain suspended, they too are suspended in a dimension of trespassing between presence and absence. Once again a meaning of duality reaches the viewer who will feel scrutinized or rather will have the awareness of being so in front of these “ghosts” that give him other meanings associated with a certain duplicity: appearance-reality, virtual-real, memory-loss, true-false. They look like real birds but instead they are fake and offer themselves to the public as something silently sacred and profane at the same time.

Continuing along the path we arrive at Blind, a memorial for Cattelan: a monument dictated by his need to mark and stop over time a collective and personal pain: the attacks in 11 September 2001. He, that day, was embarking on a a flew and was dropped off and then returned home after hours of walking in a dramatically shocked New York, emblem of a world that was beginning to horribly shed.

It looks like a solemn totally black totem with megalithic references, from which the wings of a stylized plane emerge, protruding from the walls of this monument. In addition to being a painful icon of the loss of all certainty in the history of the Western world, the work has another meaning duality: the weight of the megalithic structure of the monument with a force that goes downwards and the sense of flight that goes in the opposite direction, given by the wings, which hopefully will never disperse a part of this memory in the ether of the world. Fly over by pigeons that like ghosts remind the public that the world itself is suspended and crossed by a continuous duality of loss and memory. 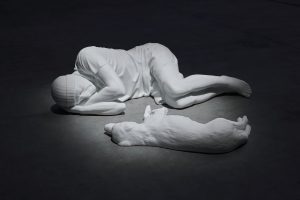 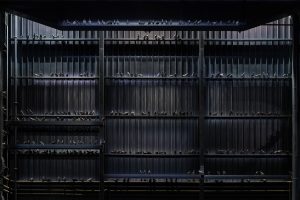 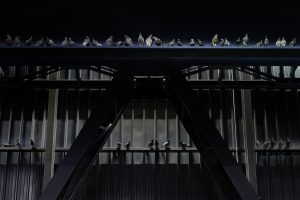 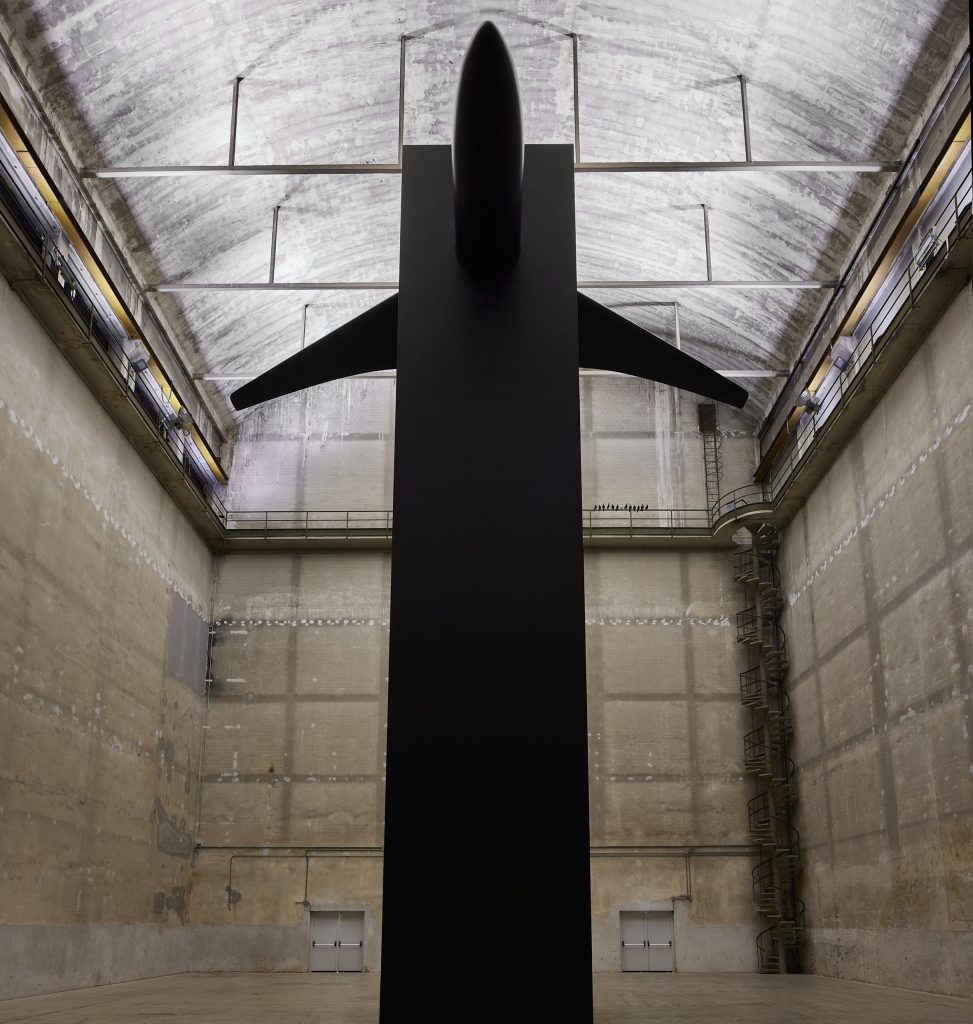