No Fly Zone # 3: the present fate of bodies at the Ncontemporary gallery, Milan

“What real chances do we have of living for a thousand years?”
Mark O’Cornell, Being a machine, 2017

In 1872 Samuel Butler was among the first to talk about intelligent machines and technological civilization in his dystopian novel, Erewhon. In the 21st century much of that science fiction not only seems to have been updated, but has evolved to the most recent transhumanist theories. According to some supporters of the movement, the immortality of mankind is now desirable, thanks to the combination of body and machine. And in a world where entrepreneurs like Elon Musk (known above all for Tesla) or Peter Thiel (co-founder of Paypal) are convinced transhumanists, shall we not ask ourselves what meaning has this envelope of skin that we call body? A univocal and absolute answer certainly cannot exist, however a careful reflection is necessary.

Opened on January 13th in the spaces of the Ncontemporary gallery in Milan, No Fly Zone # 3 – The body as territory (third appointment of the NFZ series, launched in 2016) aims to provide some critical but completely personal readings regarding the multiple identities of a body and its destiny. For the occasion, the curator Roberta Pagani has drawn up an acute and precise text, managing to contextualise a complex exposition both from an organizational and thematic point of view. In fact, the initial project was supposed to open to the public in July 2020 and address the ambiguous relationship between reality and fiction in contemporary communication. Postponed several times, the exhibition itinerary has changed along with the events that the entire nation is going through.

For this reason, the first considerations started from the work of Silvia Hell (Bolzano, 1983), A Form of History (2011), a long study of political remapping of the historical events that took place in Europe during 1861 and 2011. On the one hand a research focused on time, on the other a territorial one, linked to the changes of the various States over the 150 years under examination. The body, then, is to be understood as a state institution, which by changing its shape has the possibility of becoming a single political space-time, with its borders and its rules. Hell transformed this articulated reasoning into a pure and clear visual intuition: a massive aluminum sculpture, divided into several parts and enclosed within a grid of lights. Not far away, another form of visual storytelling. Begun in 2011, the Day Portraits appear as colorful and abstract prints, hiding from time to time a story composed of a face, a subject, a body. The skin, here, has been completely transformed into those nuanced shades chosen by the portrayed person and by the artist herself.

The work of Ruth Bernaha (Milan, 1986), Self-portrait (2015-2020) is of a different nature; contrary to what can be guessed from the title, X-ray radiography is a composition where multiple individuals give life to a single organless body. The artist has implemented an action on the borderline between iconography and iconoclasm: if the skeleton shown in the CsO denies the uniqueness of each and the subjectivity of the portrait, at the same time the viewer is able to see himself in the mirror and recognize himself in the impersonality of the image. In this work, life and death, personal traits and pluralism, biology and transcendence dance hand in hand, while the impossibility of distinguishing someone defined in the plate suggests the irrelevance of identification in a specific gender, age or race.

At the center of these two representations of bodies has been added the artistic research of the French Alix Marie (1989), characterized by a sculptural use of photography. In particular, her practice focuses on the representation of the human body, which with its organicity and tactility is able to feel emotions. During her career Marie has produced various body experiences, such as the circular installation Maman (2019), now on display at the exhibition. The five images of the mother’s bust, printed on a silky fabric, invite the visitor to enter the circle, creating an intimate place within the public space of the gallery. The Proteus offering installation (2020), on the other hand, abandons photography to give way to sculpture alone. A series of casts of a hand emerge from the wall to offer hibernating flowers in glass wax belonging to the Protaeceae family. Due to its biological variability, this species derives its name from Proteus, a Greek marine and multiform divinity, while in some South African popular beliefs the Proteae were used to celebrate the mortality of the human body.

The final project united the three young artists in a collective dialogue, showing works that are also very different from each other, but united by one constant: the body. Mortal and organic, abstract and political, even otherworldly, capable of changing shape and identity over the course of its existence. Yet, a question still arises: were we ready for the events of the last year and to see our fragile body become our cage?

“I was ready to end up being freezed or replaced by a robot smarter than me”, writes the curator Pagani, “I was ready to end up lobotomized by technocommunications (maybe I am already a little) and deprived of all my data (ditto) then sold at great cost to some multinational that would have made me the best buyer; but no, I was not ready for the leap of species, for the possibility of killing my mother with a sneeze, (..) that the bodies, the substrate under the skin that we can see and transform, change and reinvent into a thousand and other digital identities, that this body of mine became social only in the mortal confrontation with as many bodies like me fragile and helpless in the face of the system of values ​​that I helped to create, for this no, I was not ready ”.

No, we were none.

No Fly Zone#3 – The body as territory
curated by Roberta Pagani
Ncontemporary Gallery
Via Giovanni Lulli, 5 20131, Milano
Only by appointment: info@ncontemporary.com 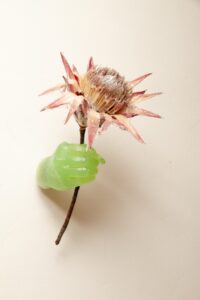 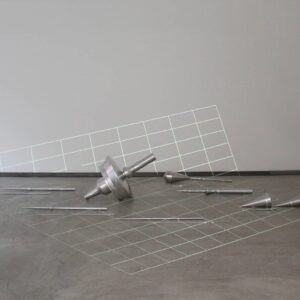 Silvia Hell, A Form of History, 2011. Courtsey the artist and NContemporary Gallery, Milan 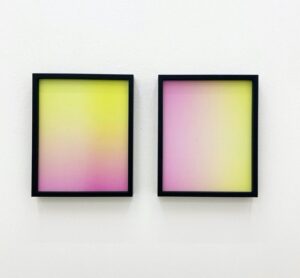 At Mtn in Bologna Epistéme: knowledge in three voices