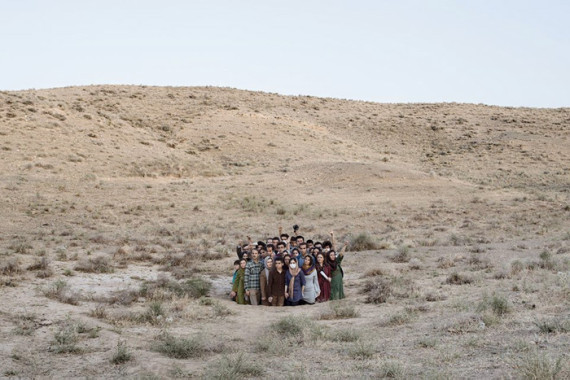 Ended yesterday, Monday, October 17, the 12th edition of Art Verona, modern and contemporary art fair curated by Andrea Burned and that over the years is pointing out its cultural tone with an increasingly marked vocation for research and experimentation through initiatives involving young artists, curators and gallery owners. In particular, the 120 exhibiting galleries were complemented by 16 independent spaces and by an area reserved for 20 projects selected among the authors represented at the fair who have accepted the challenge of conceiving a work intended as perceptive structure proposing a different idea of ​​monument and installation as a wish for a renewed trust between artists and patrons. For the fourth consecutive year, the format Level 0 intensifies the collaboration between galleries and museums with the involvement of 14 institutional venues that by 2017 will dedicate talks, presentations and exhibitions to as many emerging talents identified during the fair. The artistic proposal of Art Verona, in addition to confirming the rust of established masters like Kounellis, Rotella, Schifano, Halley, Mondino, Nannucci, Agnetti, Isgrò, Calzolari, Jenkins or Bonalumi, allows to expand the look on the more recent creativity and on the new trends of a market that has always bet on flexibility and differentiation. The exhibitors privileged works of medium format with a clear majority of photography and painting, combining a refined aesthetic with the analysis of social and conceptual changes that cross our contemporary problems.

The environmental issue is treated for example by CJ Taylor for Marcolini gallery with impeccable shots from saturated colors produced in Australia celebrating the flora and fauna in danger of extinction like icons of a postmodern artificiality or with an amazing landscape in which a bird colony on an enormous cliff could easily be confused with the background noise of a digital image. In the video Mutabis by duo Vinci/Galesi at the A29 Project Room two performers wearing a cloak of gerberas and chrysanthemums equipped with sensors produce different sounds depending on the places in which they move: blending in a clay quarry, stony ground and a lawn (intersecting areas between nature and human intervention) these hybrid creatures embody the ancient ritual of harmony and intertwine past and present. The dialogue nature-artifice becomes a very elegant composition in the shots of Luca Lupi and Darren Harvey-Regan presented by Passaggi Arte Contemporanea: if the first in his marine synthesizes the landscape in a thin horizon line suspended between sea and sky, the second picks shapes by limestone cliffs of Dover to put them in strict geometric compositions to analogously photograph in the studio.

The violent conflict in the Middle East between the wars, ancient traditions and forced migration is being addressed by Iranian Gohar Dashti and Jalal Sepehr at the gallery Officine dell’Immagine: the first sets the shots in a desert populated by locals that perform their resistance to tragic contingencies in which are trapped in eloquent appropriations of dry places even more hostile by explosions and shelling, while the second refers to the migration with a pier covered with mats that indicate the way to the sea as the only painful escape and redemption. At Maria Livia Brunelli Gallery the carpet refers to an ironic short-circuit East-West in the video where Stefano Scheda lets float in the sea a doormat with the mirroring writing IN/OUT in a game of contrasts of realities that are reversed depending on the perspective of those who watch making interchangeable the point of arrival or departure, the host and the hosted. Violence, this time hidden in the daily, is tackled by Silvia Giambrone for Crearte Studio with installations consisting of knives and other sharp households that materialize in a bitter poetic harmony the existence strategies by which the human being removes or faces the threat of demons shaking his deepest memories. Young African women who tell the hardness of their living conditions and the lapidary concreteness of their aspirations are the protagonists of the video with which César Meneghetti condemns the inequality of global wealth by transforming sterile raw statistical data in a presence of desert landscapes lit by background impossible colors. Post-Soviet Eastern Europe politics and their consequences in the privacy of individuals and in their perception of the self are the issues faced by GALLLERIAPIÚ with a group show of socially committed artists who reinterpret from different perspectives the cumbersome ideological heritage of their countries of provenance.

A further thematic strand detectable between the proposals of Art Verona is focused on the relationship between art and technology: the fusion between past and present inspired by Ale Guzzetti (Valmore gallery), the installation Dies Irae in which some robots sing a Gregorian chant, while David Reimondo (Bianconi gallery) transforms colors into sound and their mixture in a mantra associating a syllable to each according subjective rules but of rigorous mathematical and geometric construction in an ambitious essay of digital synesthesia. Marco Signorini (Metronom gallery) questions the vocation of digital technology to undermine the figurative perception of reality replacing it with new visual models open in which each transformation becomes plausible: in the series Anagram the surgical manipulation of the body and of its unnatural growths become a disturbing analogy of a reality conceived as a 3D model. The melancholy of the technological object destined to quickly become obsolete and forgotten as the codes that make up its memory is the focus of the research by Giovanni Sartori Braido (Massimodeluca gallery) who incorporates fragments of images from different times and contexts destroying them as if they were the RAM of a computer out of control and unable to decipher them. 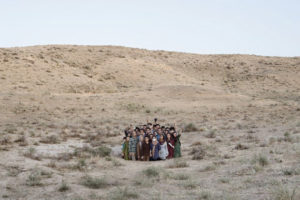 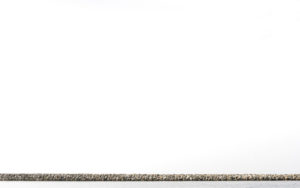 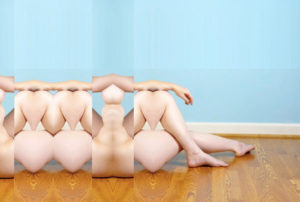 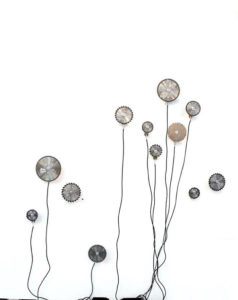 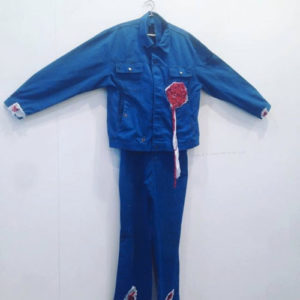