Everything about Arte Fiera 20..

Olivo Barbieri. The contemporary landscape between...

Jingge Dong. The beauty of cha..

Olivo Barbieri. The contemporary landscape between reality and virtuality 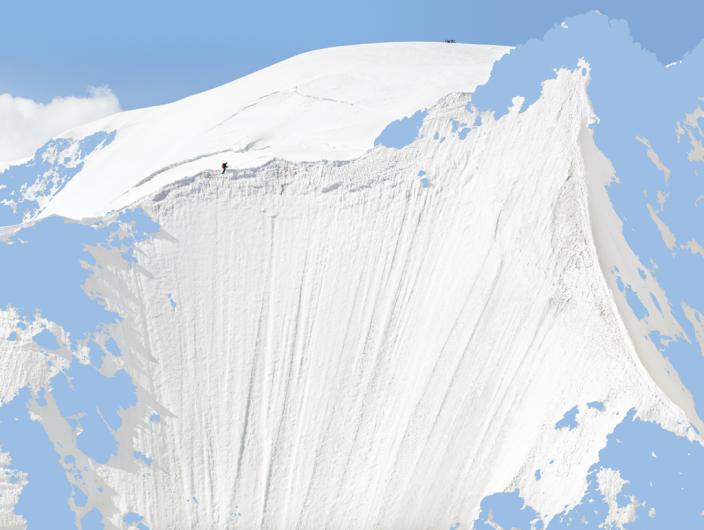 In the 42nd edition of Arte Fiera Bologna, 11 galleries have been invited to present monographic exhibitions of artists deserving a closer look in the Modernity section, a segment of the Main Section conceived as a path of excellence and as a valorisation of the courage of gallery owners who joined the proposal. GUIDI & SCHOEN dedicates this space to Olivo Barbieri (1954), a photographer internationally known  for his clarity in investigating the transformations of the urban landscape in the era of globalization, unmasking contradictions and mystifications in images that transform the objectivity of direct capture into an alienating vision which is more meaningful than any documentation.  Belonging to the younger generation of photographers who participated in the projects promoted by Luigi Ghirri at the beginning of the 1980s, including Viaggio in Italia, he began shooting in 1971 after being struck by the mechanical use of the reproduction of the images of Man Ray and Andy Warhol who knew about through books.

His first research focuses on the artificially lit night city, an ideal condition in which the truth of the metropolis is revealed by the subdivision into luminous areas that stage the monuments, the places of luxury and the signs of consumerism in strong contrast with the mysterious pockets of darkness in which the marginalized areas are hidden. While in 1978, the year of his first exhibition, Barbieri was fascinated by photography because it was the finest technology to reproduce the images of reality, with time he begins to perceive the total representation of the visible as a limit, he begins to wonder why photography should be entirely in focus or completely blurred and feel the need to independently determine the initial point of reading the image by assimilating the photo to a written page.

To overcome this impasse, since the mid-90s he adopts a technique, inspired by the principle of the Renaissance optic chamber, which allows him to keep in focus only some points of the image and therefore to indicate the conceptual fulcrum of the story that it wants to represent. The selective focus, made with decentralized lens, allows to make perspective corrections in the shooting phase by moving the center of the optical group with respect to the center of the recording medium (film or digital transducer) keeping the optical axis normal to the focal plane. With this expedient, the low depth of field that characterizes macro photography is simulated in environmental images that appear gradually blurred at the edges of the focal center and artificially clear only in some circumscribed portions of the subject. The procedure, in addition to unequivocally indicate the punctum (that detail that according to Roland Barthes in La Chambre claire irrationally struck the viewer causing his emotional participation), transfigures the relationship of strength and shape between the represented objects and transforms the real landscapes into alienating visions more like miniature models or memories of experienced places that focuses on the nerve center of memory, obfuscating a subjectively insignificant context. For the artist there are no neutral images, photography is a tool to interpret reality and open new possibilities to the imagination, it is a way to play with the categories and cheat the cards in a game whose outcome turns out to be anything but granted. His work seems constantly to question how much reality exists in our system of life or how much our natural perception is able to understand what surrounds us, especially now that the fate and the appearance of the world are increasingly dependent on a set of macro – interconnected phenomena that escape individual observation.

Attentive to the constructive mutations of contemporaneity and to the relationship between reality and virtuality, he refers to the concept of avatar intended as the physical representation of a subject within a virtual world. If even an entire city can be a representation of itself, what is the ideal city now that the transition from the old to the new urban culture has transformed the landscape into a uniformly anthropized environment, attenuating local specificities and historical legacies? If the architectural icons of our time are hyper-technological factories, shopping centers, stadiums and megalopolises in which even nature is integrated and quoted as an artificial element, what utopia will save us from homologation? Barbieri’s shots of respond to these questions with other questions, aroused by a serial search of the new topos of the present in subjects previously considered of little interest that through his objective are highly symptomatic of the consequences of the epochal transformations that in the last fifty years have distorted our approach to time and space.

From the images obtained with the selective focus technique that represent the world as a model to be judged, realized or transformed, Barbieri wonders what possibilities would be opened with a bird’s eye view and starts to shoot and film in 35 mm from a moving helicopter. In 2003 he began working on the site specific project, focusing on a series of aerial shots involving several emblematic cities, such as Rome, Turin, Montreal, Amman, Las Vegas, Los Angeles, Shanghai, Seville, New York, San Francisco, Brasilia, Bangkok, Detroit, Chicago, Rio de Janeiro and Mexico City. These evocative panoramas highlight the fragility of an urban project created to be evaluated at man height and developed through successive additions that reveal all the fragmentation and incoherence of a logic dictated by contingencies, abandonments and speculative investments. The overall and distanced vision also suggests to the artist to further retreat from the idea of plastic to consider the image of the city as if it were the design of a model in progress phase in which it is still possible to intervene to restore centrality to the essential. 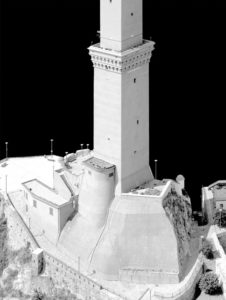 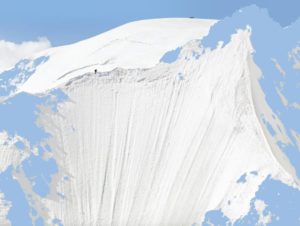 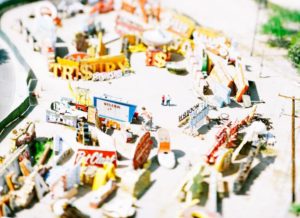 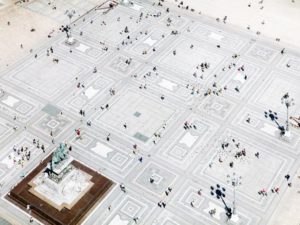 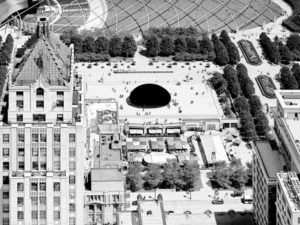