Banksy. The Art Of Protest at ..

Who am I? Self-portraits, iden.. 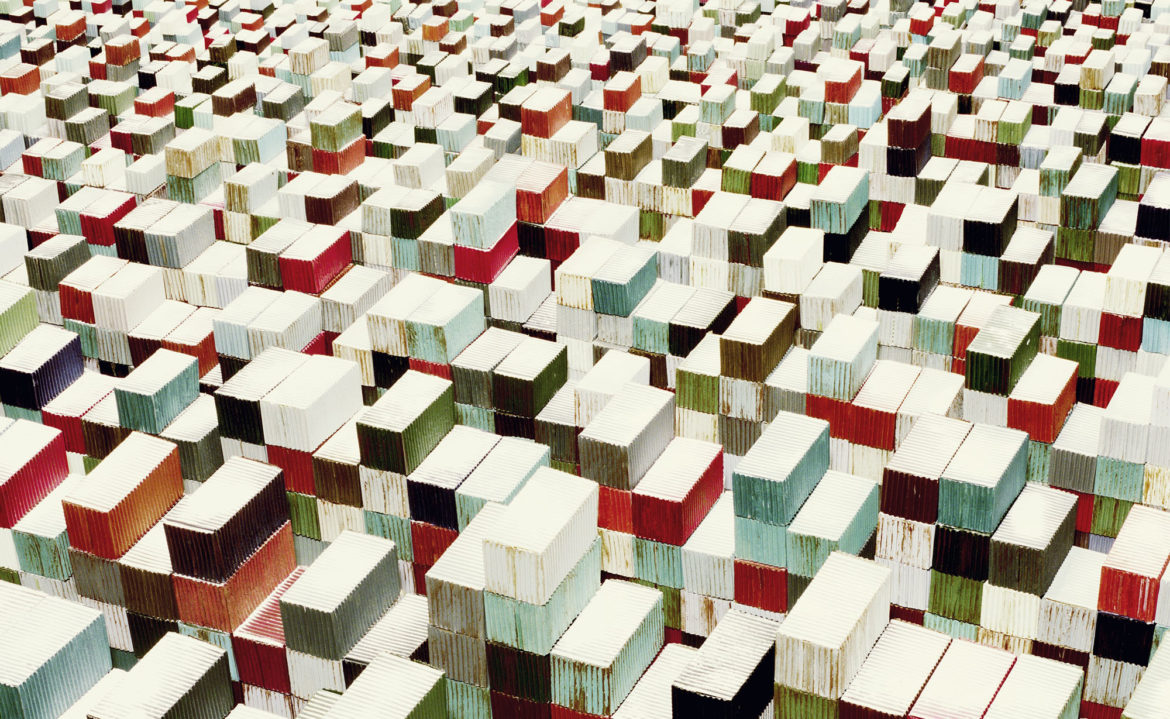 Our present appears to be harnessed in a mad fight against time: instantaneousness, speed, efficiency and optimization are the predominant values ​​of the so-called non-stop society, which has chosen to tune its own rhythms with those of artificially tireless machines waiting in an attempt to adapt the laws of physics to the immediacy of telematic systems that today govern humans and things. The voracity of globalized capitalism has radically changed the qualitative and quantitative parameters of our existence in the name of an exponential competitiveness that seems to have definitively separated the logics of the corporations from the real needs of the people who work there or who consume the products. To understand the dynamics of the world of work and industrial production (with its related infrastructure and services) is fundamental for tracing the origin of economic and social processes that overwhelm individuals by influencing their habits, expectations and decisions and insinuating their invisible hand in the intimacy of their private sphere.

In the last 5 years the MAST Foundation (which has so far been active in 17 exhibitions, 3 Biennial Fotoindustria and 3 cycles of scholarships for young artists) has promoted a systematic recognition of these issues through the eyes of international photographers of the last century who have investigated the relationship between man and work documenting the evolution of production systems and the resulting transformations of the workplaces and the existential conditions of those who daily experience them. The Pendulum. Goods and people in movement exhibition reflect on the implications of the dynamism of global society through 250 historical and contemporary photographs of 65 artists from all over the world selected from the Foundation’s collection. The pendulum, thanks to which in 1851 the physicist Léon Focault succeeded in demonstrating the rotation of the Earth around its axis, is a metaphor of a perpetual movement that goods and people undergo without ever arriving at a final landing place, but also as an image of a changing point of view that is always available to transform itself into the opposite when the logic of profit imposes new changes of course. In analogy with the pendular movement, the conceptual barycentre of the exhibition also oscillates between two contrasting poles: the ever-faster traffic of goods produced in developing countries and destined for the rich hemisphere of the world in strident dissonance with the slow migration of losers of the capitalist system, whose travel is intentionally slowed down by physical and bureaucratic barriers erected to maintain their marginal condition.

If “speed is the identity of progress”, as Saint-Pol-Roux wrote at the beginning of the twentieth century, the machine is the fetish and the tool of a society running to overcome itself in competition towards an unknown destination and this suggestion inspires the surreal straight road to the factory by Robert Häusser, the construction of a motorway by Dorothea Lange, who shows how the carcasses of a car accident will be promptly replaced by new vehicles just exited from the factory, the sensual racing cars by Ugo Mulas, real objects of desire, or the painting in a sterile environment of ultralight aircraft Eclipse immortalized by Floto + Warner. Or the muscular performances of the power of the locomotives by Jakob Tuggener and O. Winston Link, the monumental cargo ships photographed by Luca Campigotto in the port of Marghera, or the invisible flows of data conveyed by cables and stored by hardware portrayed with a surgical sight by Henrik Spohler.

The transport imposes its own times on people and goods, whose circulation and disposition must be adapted to the conformation and unnatural rhythms of the vehicles that the system predisposes for their movements. If Mimmo Jodice in the 60s portrays the slow migration of workers fleeing from unemployment in stations that appear as places of farewells from family affections, Alexey Titarenko depicts the frenetic crowding at the subway access Vasileostrovskaya as an indistinct gathering of unquiet shadows. David Goldblatt documents the uncomfortable journey of the workers of KwaNdebele, a bantustan established by the South African government during the apartheid era as a reserve for the Matabele ethnicity, forced every day to an endless trip to work, while Helen Levitt portrays the passengers of the New York subway interpreting it as an inexhaustible crossroads of looks, states of mind and stories. The scenario radically changes in the images of Jacqueline Hassink, who forty years later photographs the commuters of seven contemporary capitals absorbed in the virtual journey offered by their telematic devices as if they wanted to become estranged from the real journey they are traveling.

Transport as a profession becomes a lifestyle and the vehicle almost an extension of the driver, as underlined by Annica Karlsson Rixon in her taxonomic collection of photos of white trucks, which reveal an incredible range of variations on the theme, similar to the containers immortalized from above by Sonja Braas, whose neat overlap creates a refined abstract composition. These rational and aseptic forms can hide unforeseen and uncontrollable elements, as Richard Mosse points out in a great overview of a port area realized through a thermal imaging camera (optical instrument capable of remotely detecting temperature differences), in which identical containers are used for the storage of goods and as a temporary residence for migrants waiting to know whether they will obtain the permits to continue their journey or if they will be re-embarked to their countries of origin. If speed seems to be the main prerogative of the strong, the disadvantaged can only wait, like the day laborers portrayed by Ulrich Gebert, who before dawn find themselves in agreed places in the hope of being recruited for agrarian works and that are chosen by anonymous clients in vans as if they were a load of goods themselves. The social defeat finally coincides with the forced immobility, as reported by the photos taken by Xavier Ribas documenting the demolition of a disused industrial area of ​​Barcelona, ​​whose rubble was not intentionally removed to prevent the gypsies that there were camped to come back. 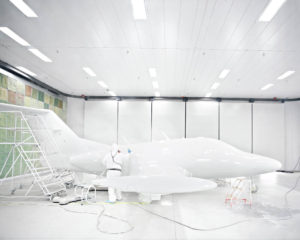 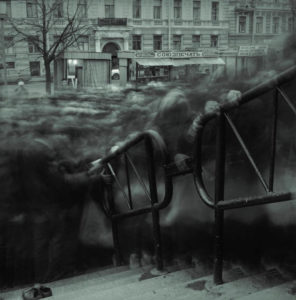 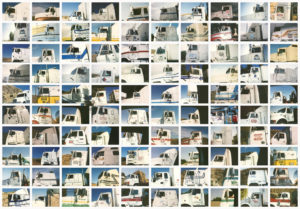