The European Cultural Institute presents, in coincidence with the 58th International Art Exhibition – La Biennale di Venezia, the fifth edition of the PERSONAL STRUCTURES – Identities format, an exhibition in which contemporary art forms such as architecture, design, and visual arts converge, as in this case, starting a happy dialogue between established and emerging masters. A complex and cosmopolitan panorama is presented by the exhibition, which asks the artists to rethink the relationship between space, time and existence in that section that undersigns the I in relation to the Other. It follows a well-articulated reflection on how to think about our identity in increasingly multicultural, transnational, digital, and global contexts. Introduced by a rich program of performative and sound events to underline a heartfelt and lively presence in the lagoon, PERSONAL STRUCTURES – Identities focuses on current issues and asks to rethink art, ethics, aesthetics, politics, and their possible narratives, through positions that are never extreme, but clear in the lines of thought.

At Palazzo Bembo, the British artist Lincoln Townley presents the Behind The Mask series of paintings, which portray ‘the human machine’, as the artist tells us, or a series of figures immersed in a dynamic, feverish, engulfing landscape from which they stand out with their dazzling profiles to suggest a gesture, an expression and an action that are always framed in a collective dimension. What is perceived in Townley’s paintings is not a harmonious dance, but a network of forces and dynamisms that does not have a before or an after, but is rendered in the unique instant of events and their relationships in their being. It talks well with the intellectual dimension of UNCONSCIOUS by Georges Kachaamy, representative of the American University in Dubai, who presents a compilation, not yet finished, of 100 drawings that become frames of a micro-macro cosmos, or of a vision that emerges as an automatism of the individual and returns a collective imagination. From the same line of thought, it seems to be the Swiss artist Francois Bonjour with the installation Perturbation in which, as a collector of fragments, as he likes to define himself, he rethinks the history, intimate and collective by the darkest caverns of texts and writing, recalling ‘a rhythmic narrative in the secret intelligence of things’. The exhibition opens up to the landscape and again, the visions we perceive are not dreamy, but real in their alienating strength as for the American artist Cheryl Goldsleger, whose paintings Vast Scale-Intimate Space that introduces us to a perspective, we will say, satellite, of our planet with its relative and gravitational motions. Not otherwise, the Azimut project by the German artist Goitlind Timmermanns stages a constellation that in rethinking the abstract atmospheres of painting, never loses sight of the vitalist sense of matter.

At Palazzo Mora, the accent of PERSONAL STRUTURES – Identities becomes more personal, as in the series of self-portraits by the German artist Petra Barth, My Original Face, which recall the passing of time in minimal expressions and gestures, talking about how research of the self and then, a search for freedom. Always an intimate dimension is that of the Israeli-Dutch artist Bianca Severjins who, as in the title of the work on show, seems to ask us Who will protect us? Who will behold us? An optimistic vision seems to emerge from the beauty of the skins of the Israeli artist Ariela Wertheimer, which rethinks the regenerative force of matter in its micro-macro cosmos.

The political scenes of the British artist Marcus Bleasdale conceived for the Human Rights Watch photographic project, touch on urgent themes and solicit a position statement. They dialogue well with the conceptual and gestural dimensions of the Macedonian artist Maria Pavlovska, who in the double video-installation A Reaction, aims at the most intimate aspects of being to return a pure gesture. The invitation to the action finds a precedent and a context in the Actionism & More section, which reproposes the works of artists Sarah Gold, Hermann Nitsch, Arnful Reiner, Valie Export, rethinking the identity through the body and the limits between inside / outside.

At the end of the exhibition, The Silent Road by the American artist Marietta Patricia Leis, seems to invite us to weave a common thought made of meditation and translucency, presenting a long papyrus of graphite signs that seems to have no end. We can think of an analogy with the American artist Walter Markham, whose installation Flaying of Marsyas – Homage to Tiziano Vecellio – Titian, which overturns the pictorial plane in a horizontal plane, rethinking the brilliant red of Titian in its absence and in its more abstract dimension. 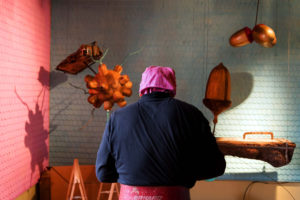 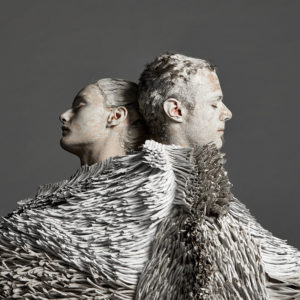 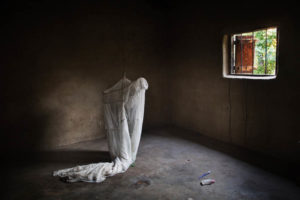 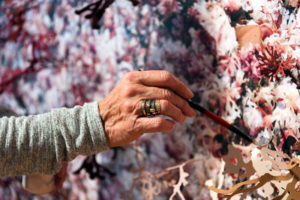 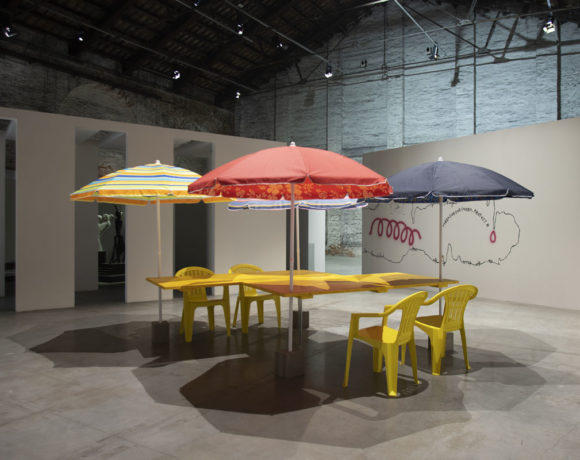 Italian Pavilion: the labyrinth as a possibility, not as an escape 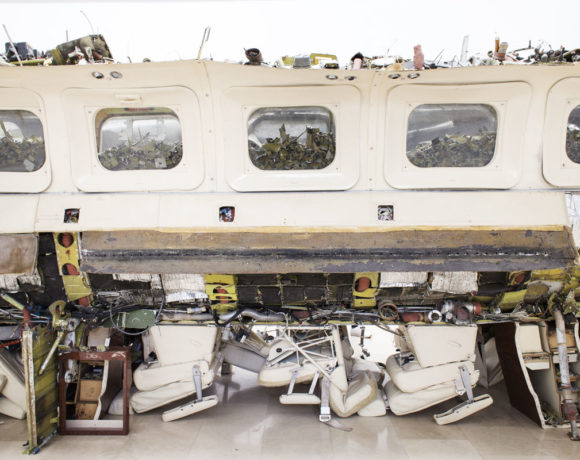