Revolution. Those 1826 days that revolutionized th...

Giant Steps Are What You Take...

Revolution. Those 1826 days that revolutionized the world (but after everything returned the same) 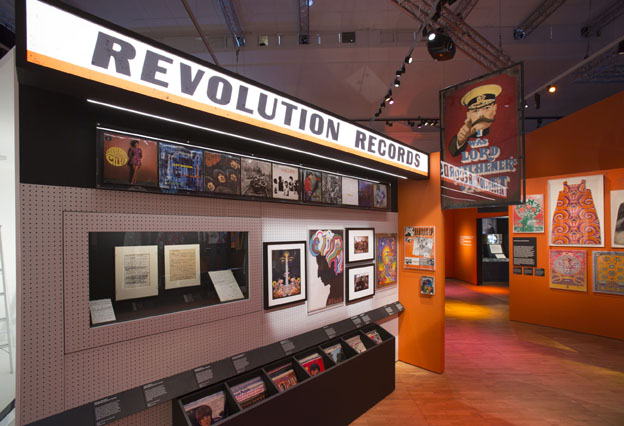 Today we went to see for Juliet Art Magazine the exhibition REVOLUTION, Music and rebels 1966-1970 from the Beatles to Woodstock (until April 4 th 2018 – Fabbrica del Vapore,  Milan). An involving experience, promoted by Municipality of Milan-culture, Fabbrica del Vapore and Avatar – Group MondoMostreSkira in collaboration with the Victoria and Albert Museum in London.

Curated by Victoria Broackes and Geoffrey Marsh of the Victoria and Albert Museum together with Fran Tomasi, the first Italian promoter who brought in Italy the Pink Floyd, Clara Shear Pamphili, journalist and historian of fashion and Alberto Tonti, well known musical critic.

A great budget set up revolutionizes and redraws the volumes of the space, that not only isolates the different thematic sections, through a panel system that isolates the different thematic sections and recreates some real environments, in which peoples can listen to music of the historical period as if they were in a theatre.

The 6 sections in which the exhibition is divided are completed by the projection of the whole concert of Woodstock. At the entrance the 1st room shortly introduces the social – political situation in the years considered by the show through video, titles of magazines and original material while the headphones received at the entrance transmit – with a high quality sound – the best songs of the period.

Then the access to the first section, Swinging London. In a showcase, an original edition of the Times dated 1966 called London “The Swinging City.” The set up recreates a city street with a blue sky and tempting “shops”: a bazaar brings to the fashion and the style of Twiggy, with the celebre short skirt, a shop of vinyl with all the most meaningful covers of the epoch. A photographic gallery exposes the poster of “Blow Up” and an experimental space of art become the symbol of the strong intercultural connection between the social and artistic revolution in the London of the late Sixties.

Music and counterculture tells the experience of a generation that between 1966 and 1970 has been able to experiment outside and inside them accomplices the drugs and the oriental cultures, in the total freedom of expression reached woodpeckers of creativeness that few times in the following years have been replied. This section, rich of memorabilia, is mainly a trip in the world of the Beatles that, with the album Sgt Pepper’s Lonely Hearts Club Band in June ’67, reached a colossal success. There are also on the bulletin boards and on the walls texts and illustrations of hippie propaganda newspapers or mantra-rock dances, Frank Zappa posters, Jimi Hendrix concert posters, masks sculptures, comics, Harley Davidson models, on the Zen road of Motorcycle maintenance art. A dip in collecting.

The third section Power to all people – Voices of the dissent shows an abundance of original material.

In this section of the show it’s possible to understand what the actions of the activists that have brought to nowadays consolidated rights and to the realization of that ideal. So objects connected to the political mood are exposed: poster that hymns to the solidarity with soldiers, against the oppression, against the war, for the women liberty, for a healthier and ecological world, against the Vietnam conflict, for the free sexuality of gay and lesbians; poster of Lenin, Marx, Stalin, Mao and the famous the Black Panters manifesto.

The following session, Customs and Consumers rereads this “wind of revolution” under the lens of the comfort society in the age of its full development and it underlines the proximity of a certain protagonist and desire of social change with the increasing of the large consumption products and of the mass travel. The Universal Exhibition of 1967 in Montreal and the World Expo in Osaka in 1970, the arrival of TV. Pieces of innovative objects of furnishings close this section: the Globe Chair of  Eero Aarnio, the Djinn Chair of Olivier Mourgue or the Chair of Gaetano Pesce and spatial toys inspired by the Moon discovery.

The summer of love. Common and West Coast is the section that in my opinion misses some stuffs and information, in a such of beautiful and pleasantly exhibition for everybody.  The material collected from the Victoria & Albert Museum in London (where it has been shown from September 10 th to February 26 th. 2017) is naturally focused on England, but apart some psychedelic poster of famous artists and a small focus on the experience of the Hippies common, the section mainly focuses on the technological innovation that this part of the world has developed in computer matters, showing some of the first mice and electronic calculators, that essays and books on the ecology  and a rare computer Apple1. Indeed for all the tastes!

Before the final projection the exhibit closed with the   Woodstook and the festivals culture section. Huge crowds,  not only Hippies, made an appointment in those who passed into history as the first festivals, from Monterey and Glastonbury, to the Isle of Wight and the Newport Jazz thin festival obviously to Woodstock. It is nteresting to find here the Woodstock photos, programs of the music on the stage with notes  and musical tools, among which the Jimi Hendrix’s famous guitar which has been destroyed  during the Monterey pop festivals.

The very high cost of the exhibition excludes the young people and the social categories not accustomed to go to traditional exhibitions of art and this is very bad because a show like this would have been able – thanks also to the many documents and original memorabilia – to satisfy some curiosities, to get a healthy dose of counterculture and so much personal enjoyment! 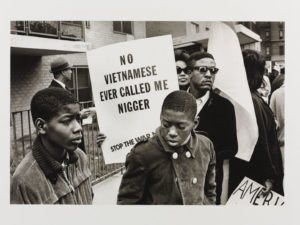 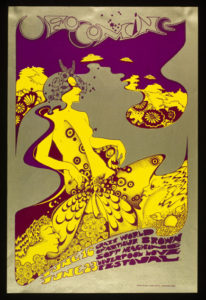 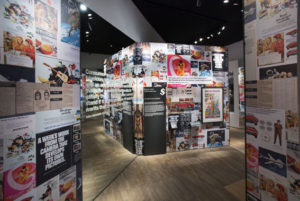 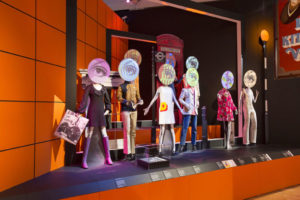 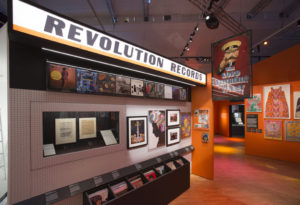 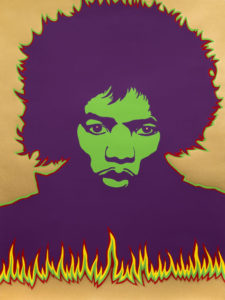