Giant Steps Are What You Take. Conversation Piece ...

Giant Steps Are What You Take. Conversation Piece continues at the Memmo Foundation 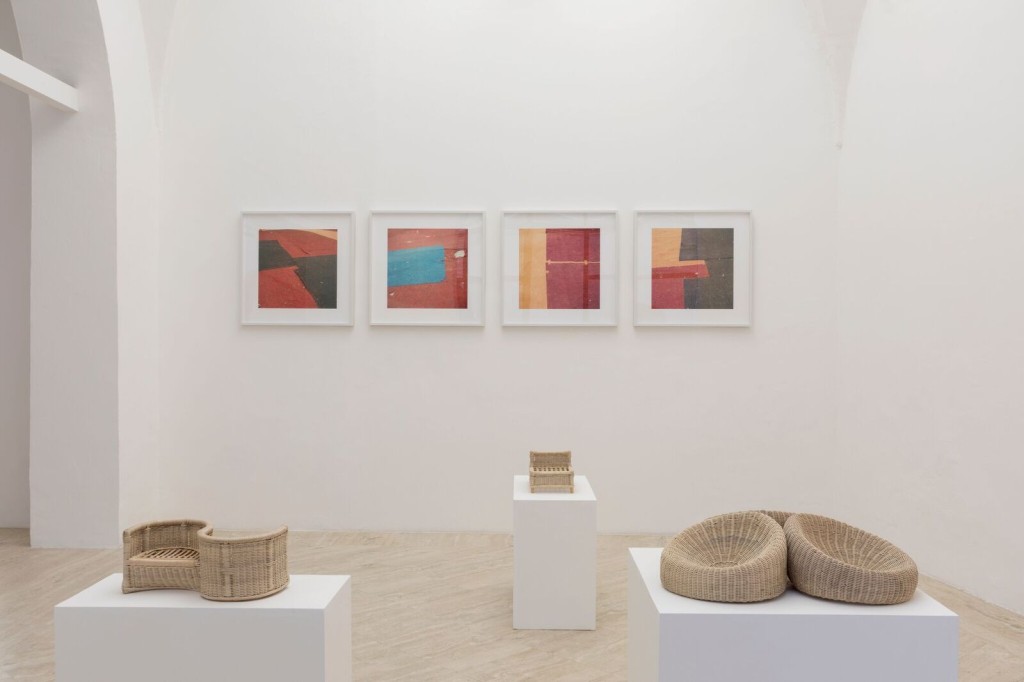 The show animates the large yet intimate spaces of Palazzo Ruspoli which hosts the foundation, offering artworks specifically created for the exhibition. Differing in style, geography and technique, the six artists share a temporary residence in the eternal city, and an apparently banal subject, walking.

A natural and daily action, walking here is intended as an individual and artistic path which often mingles with the private life of the artist. This is the case of Rossella Biscotti work, starting from a traumatic event of her life she created an artwork characterized by a great esthetical and emotional impact : the work, titled On walking, is a platform featuring the footprints of twelve steps recalling the number of steps the artist had to made everyday while she was under a difficult physical therapy, consequence of a car crash occurred months earlier. The coldness of concrete and the stiffness of shapes, resulting in a bare rectangle are attenutated by the intimacy of the artist story, where walking does not represent just a moment of suffering yet a return to normality.

From a inner dimension to a more universal experience, the berlinese Christoph Keller offers the chance to reflect over the relation between presence/absence. His work is based on a black neon light illuminated only by an external source projecting a shadow on the wall. This shadow suggests a presence and a reflection on the possibilities of representing emptiness and absence.

A mild approach is used by Yto Barrada, French-Moroccan artist which conceives the act of walking in a faint way. In her works the act of walking is mentioned in a veiled way, where her photographs catch from short distance the typical carpets of her country. Intense chromas, magnify the details of this rugs, where the softness typical of the felt gives the feeling of a matter painting. The maquettes of wicker chairs are another reference of the artist origins, though this time debates with the local culture: indeed each work was created by an artisan based in Rome.

A more solemn approach is adopted by Jorg Herold and Jakub Woynarowski. The first intervenes with a site-specific work which consists in etching Allah’s 90 different names on a central pillar and through scattered photographs portraying a possible walk between Muslims and Christians pulling together eastern and western contexts. The symbolism is the element dominating also in the installation of the Polish artist Woynarowski. He represents the evolution of mankind  through  a series of basic signs connects with more articulated elements culminating in infinite combinations.

The last work featured in the exhibition is a video shot by Eric Baudelaire called Walked the way home. Located in a dislocated wing of Palazzo Ruspoli, the work is the only protagonist of this small room. The emptiness of the room, the silence and the darkness enhance the slowness of the video, where every camera movement is slowed down to suggest a sensation of angst.  The video was shot with a mobile phone promenading through the streets of different European cities, highlighting the massive presence of troops and the constant fear we are forced to live by.

The exhibition is curated by Marcello Smarrelli and it will be open until March 18th 2018. 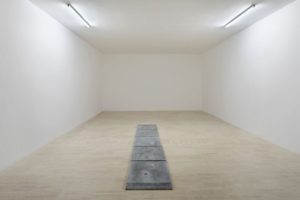 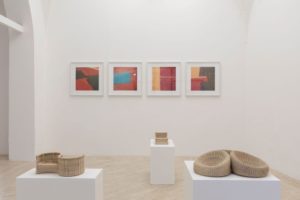 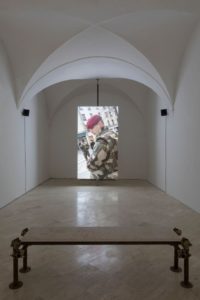