Soy Cuba? An archipelago of identity

Soy Cuba? An archipelago of identity 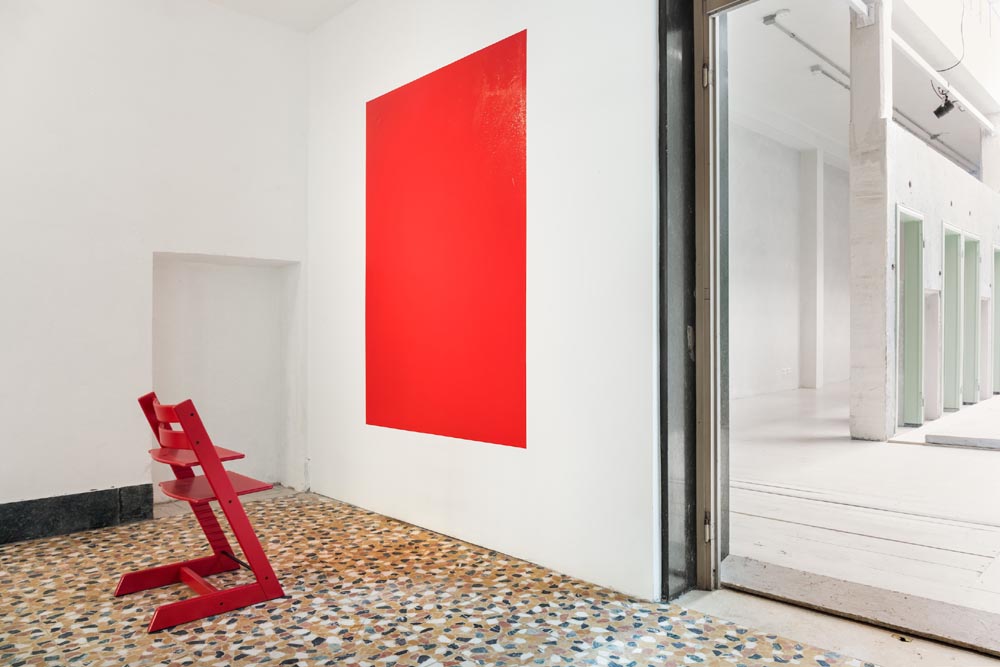 The incipit of the exhibition ‘Soy Cuba?’, ‘Am I Cuba?’ can subtend a wider question, ‘Am I a citizen of the world?’ As the words of the artist José Yaque suggest , (…) sometimes I’ve wondered how possible it is for the Cuban to be universal, how possible for your work to extend beyond the sea that separates our Island from the rest of the world, the interrogative on identity starts from the belonging to a country, to meditate on the presence of human being in the world and in history.

The condition of the Cuban nowadays, is reflected in the personal and sincere vision of eight artists who operate with free expressivity and independence of thought, accompanied by the intervention of Carlos Garaicoa and Pascale Martine Tayou, two artist of a different generation and nationality (the second emotionally close to Cuba). The Caribbean Island, continously subject to change, is recalled through the recently requalified spaces of the Palazzina in the Franco Parenti Theatre of Milan, also a place of transformation that however maintains its earlier fascinating character.

Entering the exhibition the red colour of the work of Reynier Leyva Novo, seems to trace a border, beyond which begins an independent and revolutionary zone. The red blood colour, spread on the canvas and on the front standing chair, the Red Stokke Shair (projected to be utilized all life long), is the same of the ink used in the head titles of Granma, newspaper of the comunist party, in the numbers published from the birth of the artist’s daughter in 2014, to 2015. Suddenly explodes a rumble. Paying attention it’s easy to understand that there are no bombs, war is over, or just far away? The noise comes from the Aplausos (2014-2017), the sound installation of Susana Pilar, approvals of heroic feats and political orations in the name of justice, or as such acclaimed. The applauds spread tumultuously, held on the occasion of different discourse, as the ones of Ernesto Che Guevara at the United Nations in 1964, Hugo Chàvez in Cuba in 1994, Vladimir Putin talking about the situation of Crimea in 2014, Barack Obama during his visit to L’Havana in 2016, Donald Trump on the change of foreign politics related to Cuba in 2017, moments that have dermined the fate of a number of countries and that at regular intervalls remaind of a never ending condition of instability.

The noise pushes the visitor towards a wider room, in an ethereal atmosphere, made of pastel colours, esotic, Caraibbean, divided in the centre by an open space corridor. The square holes of the structure, frame the photographs of Alejandro Campins on the right wall, where the bunkers, belonging to the Second World War and to the Cold War, as monuments of fear, contaminate the landscape. Thanks to the artist’s eyes, they reveale a poetic drama like ruins of a colosseum, in which actors have played between fiction and reality. The forts seem much mystic in the canvas of Campins, that are suspended in space and in time and remind Morandi’s ‘nature morte’, ‘dead natures’, shady and mute.

The power of silence is concealed in Palabra lesionada, perfomance / installation in situ, where Elizabet Cervino wants to bring to birth a ‘ Holy Conversation’, with new and felt words, no more manipulated by human’s greed. Cervino, through a primordial action only apparently violent, breaks the ground with a bar similar to a lance, arcaic tool, evocative of virtues in the ancient Greece, at the research of an essential treasure. Her weapon is spirituality.

In the library of Palazzina the journey continues, thanks to a narrative expedient made of small fragments of life, collected in an Ipad, through a vituality immersed in the present across the ocean. With his lens Leandro Feal captures sistematically the attendants of the Bar Roma, where more thank sixty years ago the building hosted a hotel in the most ancient part of Havana. To the visitor is given the possiblity to follow the Instagram page of the bar where images of the ‘new’ night life appear non- stop. The sequence finds a key of lecture in the message ‘Muy amado, no temas, la paz sca contigo. esfuérzate y aliéntate. Dn 10:19’ that comes to view in one of the frames, written on a piece of paper , shown by a pair of womans hand. So it is possible to break through the boundaries and mirror one self’s in the other sea, in the face of our neighbour to find our own identity and return more conscious of being alive. Feal also installates his photographs in a site specific work, using the symmetry of the Sale Gemelle, in which he depicts the every day life of Cuba, a scenery in unceasingly mutation, tribolation. Appears in different portraits of the road the sign ‘America’, trace of an ideology lost in the shift of generations, running towards an uncertain future.

In some intervetions it is possible to find a reinvented use of resources, in particular in the works of Osvaldo Gonzalez that redefine the space with scotch and light, in a scrupulous game of addition and removal. It comes to attention also the recourse to practices which sometimes makes themselves artworks, as the work of ropture of Elizabet Cervino or again the perfomance Otro Juego de piscina perfomance organized by Luis López-Chavez on the occasion of the opening and brought in photographic and filmic form in the show. It has to do with a swim contest, where in relation to the order of the words, printed on the swimmer’s suites is recomposed the sentence: “Art is an estetic proposal that changes it’s meaning with money”, so that the challenge between different rivals metaphorically redefines the relation between art and money.

There are many tempts to transmit the creative spirit of Cuba and its current context, in a come and go of emotions, of microhistories that riconciliate the I and the person, the individual with collevìctivity. Globalization is transformed in a prophetic cohexistence of past and present, giving the chance to the Island to cohabite with the rest of the world. The renaissance of the Palazzina coincides with a florent activity of Cuban artists , young and with an already mature awareness of intents. The riqualification of an ambient such as the one of I and us, emerges in many thoughts open in the course of the exhibition starting from the initial demand, ‘Soy Cuba?’, inheritated from the Sovietic film of Mikhail Kalatozov and still unsolved. The exhibition is conceived by Marina Nissim in collaboration with Galleria Continua and curated by Laura Salas Redondo. 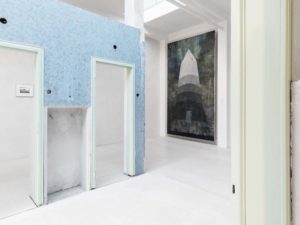 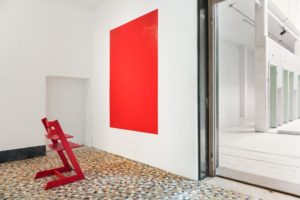 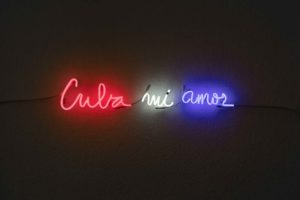