In dialogue with the history o..

There is an easy beauty. And there is a photograph in which the relationship between technique and creativity reaches a classic, unquestionable balance of a soothing beauty. It will be precisely for this linear, Renaissance beauty (his 1984 Afghan girl has been compared by Sgarbi to the Lady with an Ermine) that Steve McCurry always has queues of visitors to his exhibitions. It will certainly be the same at Palazzo delle Albere in Trento, where “Terre Alte”, the project by the photographer from Philadelphia dedicated to the theme of the mountains, is set up from June 19th to September 19th.

The exhibition, born from an idea of ​​Vittorio Sgarbi and Gabriele Accornero, is created with Sudest57, an Italian agency that represents the major international photographers. Curated by Biba Giacchetti and Denis Isaia, it represents a pacifying point of convergence between the identity of the Muse – directed by Stefano Zecchi and that of Vittorio Sgarbi’s Mart. Two roommates who found the perfect equation between scientific and artistic research in the popular McCurry. Mountains, anthropology and climatic changes in the photographic image bring science back to the wonder, the research, the astonishment that should move it. One hundred and thirty shots printed on rigid support that tell how the strength of man is directly proportional to the strength of the context, whether natural or political.

There is a humanity between horizons and mountains that affirms a common anthropological denominator. The peoples who live in symbiosis – above all chromatic – with the landscapes of Afghanistan, Tibet, Mongolia, Japan, Brazil, Burma and then the Philippines, Morocco, Yemen perhaps will not help us to cross the threshold that separates the tourist from the anthropologist, but they propose a new version of the Kantian sublime. No longer loss of the self or fear, but the sacredness of a look that still wants to run the risk of falling in love with enchantment, with amazement as a process of knowledge.

Reporters rightly wrinkle their noses in front of aesthetic (or aestheticizing) failures but here at stake is the idea of ​​the nineteenth-century journey in the unexplored lands that guard the mystery of the “good savage”, of the man who knows how to stay in his resistant fragility confronting himself on a daily basis (and far from McCurry’s photographic spot) between danger and opportunity. Mountain people can integrate themselves like the savages told in Columbus’s diaries described by Todorov in the disarming physical beauty of the landscapes. From those distant rooms, made up of dangers and resources, wrinkled faces and sun can cross our distraction lost in beauty. Just like the posed portrait of the Afghan girl exhibited in the Icons Room along with ten other of McCurry’s best-known photographic works. Looking at us to tell us a truth truer than the alleged naturalistic real: their and our desires are universal, as Fitzgerald wrote: “you are not alone. You belong”. 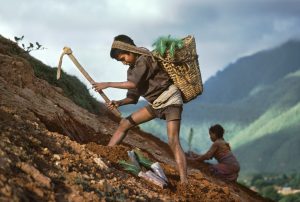 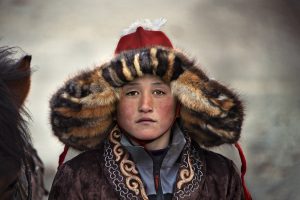 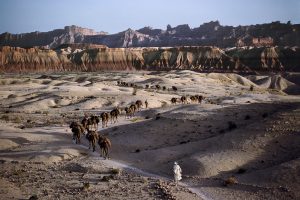