Monowe: a futuristic city by L..

The acid color of reality. Daido Moriyama in Color...

The journey as a cognitive too..

The acid color of reality. Daido Moriyama in Color at Fondazione Modena Fotografia

His real name Hirimochi is composed of the ideograms “hiro” or “broad” and “michi” which means “street”. It is the famelic stray brand that led Daido Moriyama (Osaka, 1938) between prostitutes and night clubs, looking for a dream to capture, the one that in his imagination was represented by Kerouac’s On The Road. “What struck me most about On the Road was the theme of freedom and wandering: the fact of traveling for the sake of doing it, without a precise goal. The reality of the journey is what I live moving, not so much a place to get there “.

Already six years ago on show in Modena at the Fondazione Fotografia with his best known works in black and white, those that linked his name to a style, returns with Color in an exhibituion cuated by Filippo Maggia. One hundred and thirty photographs taken between the mid-sixties and early eighties, all in color, many unpublished, others discarded, others commissioned, are photos from the street, from the bustling places of life in the middle of which the photographer threw himself and paused at times sinking.

Everywhere the artist’s gaze was involved, inconsistencies and distortions escaped to finish in the images. Looking at them gives the impression of being in a sickly environment, affected by an invisible radioactivity. It is in destabilization due to the overlap of one culture on another that is too different, that Moriyama still captures life. So among the glittering signs sometimes appear figures that, because of the contamination, walk on the street like grotesque imitations of acquired relatives of the Cunningham family of Happy Days. On the other hand, geisha, with their kimono, has only the smell of eros and almost nothing else. The female nudes for Playboy Japan, commissioned by the magazine itself, are similar for stage presence to the American cars photographed parked along the sidewalks. Other nudes are the rare bondage photographs made for the erotic writer Oniroku Dan.

The reality in these fragments appears for a few moments suspended between tradition and innovation and then immediately drowned in a bottle of alcohol that transfigures the vision, making the air vibrate with an acid and electric shine. The black / white favored the transposition of his emotional universe, says Moriyama, with all the variations that the place experienced at that time aroused. The color, on the other hand, nullifies the inner filter by throwing the observer into a subtle distraction. Those of the exhibition Daido Moriyama in Color are nocturnal, ambiguous and warm places, where the photographer offers everything he sees without mediation, as a possible offer on the altar of a beautiful and useless modernity. 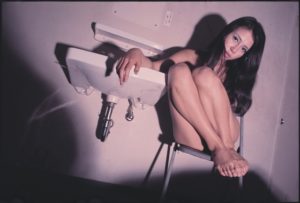 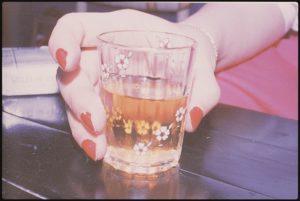