The architectural metamorphoses in the work of Mat...

Paths of uncertainty at Ca' Co..

The exhibition architAMORfosi by Matteo Galvano, sponsored by the Association of Architects of Milan and supported by Interface Facility Management and Sharebot Monza, has been inaugurated at the Interface HUB/ART exhibition space and will be open until September 8th.

The exhibition, curated by Roberta Macchia and Greta Zuccali, highlights the Galvano’s work. His artistic research characterized by the use of the pen, a technique that requires time and precision to trace by hand countless signs and traits, sometimes more intense and others lighter, offers the opportunity to capture the essence of the subjects represented.

Your research started in 2002 and evolved along with your ability to use the ballpoint pen. Your work now arrives in Milan, a city while maintaining intact a bourgeois soul represented by the beautiful Art Nouveau buildings of the early twentieth century, in the last twenty years has not only changed skyline but also architectural imagery. Can you tell us how your work was born, and which city inspired it?
My work was born from a trip to New York in 2010 where I developed the idea of evolving my artistic research focusing it on the theme of architecture. Initially, the vision also contained elements of the urban landscape that I called “urban jungle” and I was constantly looking for perspective details useful to enhance the architecture of my interest, as if they were accompanying it.

So, from the study of the architectures encountered during your travels was born in 2014 the series architAMORfosi (officially presented at the Italian Pavilion during EXPO 2015) in which, through drawings made in black and white, rewrite with the sign of the “ballpoint” your personal vision of urban architecture, you suggest new spatial and temporal coordinates. How does the theme of metamorphosis, who evokes multiple references and literary references, fit into your work?
From 2015 comes architAMORfosi, a new term coined by myself, as my strong need to unite the heart of different cities by creating a single body. I evolve this new research as every chrysalis becomes a butterfly. Just as Ovid in “Le metamorfosi” remembers that the creator of things forced the human being to contemplate the sky and raise his gaze straight to the stars, so my gaze moves from earth to sky imagining the amalgamation of my favorite architectural elements. ARCHITECTURE – LOVE – METHAMORPHOSIS. This is the basis of my new current.

In Milan, as in other European cities, social inequalities are often associated with spatial inequalities. Do you think that your work can be the basis of an experimentation that leads to the birth of forward-looking and cutting-edge projects for the cities’ outskirts?
I am wide open to the use of new housing units in unimaginable contexts. With the current exhibition I have had the confirmation that every project can have an aim. The 3D prints, made in collaboration with Sharebot Monza, have confirmed that my future consists of entrances and exits just like any building in which everyone can find shelter. All this without any social distinction: I dream of a world accessible to all and I am sure that my “home” will become “home for all”.

On display at Interface HUB/ART an unpublished work entitled Land Time. 18 merged architectures give life to what you call your “ideal city”. In it you will find symbols such as Christ the Redeemer, who from the bay of Rio de Janeiro reaches the Statue of Liberty in New York or the Basilica of Santa Sofia in Istanbul, with its majestic profile blends with the fluid geometry of the Harbin Opera House in China. Have you ever thought of your work as an invitation to cross cultural boundaries and play with you, the author, in the search for hidden combinations in the work?
This question suggests a well-known game that has passed through the hands of several generations: the Rubik’s cube, not by chance, already described in the past as a 3D puzzle and invented by a Hungarian professor of architecture. Through the attempts to find the final solution, Rubik’s cube and the work you mentioned under the title Land-Time, synthesize in a single element the concept of achieving perfection passing from an initial state of disruption. Plato himself referred to the concept explained above, with the definition of the PRIMORDIAL CAOS from which the Demiurge draws for the formation of an ordered world: THE COSMOS.

In addition to Land Time and the series of sketches and drawings, the exhibition includes three works 3D printed. We are talking about the fusion between the Arena of Verona and the Tietgenkollegiet of Copenhagen, the monumental Makedonium of Kruševo that merges with the Fiore di Pietra of Mario Botta and Interface HUB (building that houses architAMORfosi), created by Attilio Terragni in 2012, which meets the Novocomum of Como, designed by Giuseppe Terragni in the late 20s of ‘900. Could you tell us more about the genesis of these projects?
The 3D project was born from my strong desire to create a work capable of being caressed to the point of offering the opportunity to dive into it in order to live it all around. The idea was born between several speeches treated with the curator Roberta Macchia, my collaborator and life partner. Every day we mature ideas to believe in, we store them and we keep them in mind to go to the constant search for the right place and time to be able to realize them. At Interface HUB/ART in Milan we managed to plant the first seed for a harvest that we hope will be flourishing, thanks to the commitment of the team that has supported us until now. The hope is to see it grow in other cities in Italy and abroad.

A work that is at once an invitation to travel.

A process that crosses the entire history of architecture and looks at it as a living organism in continuous transformation, a three-dimensional puzzle that acts as a backdrop to our lives and welcomes us every day, incessantly, in every city in the world. 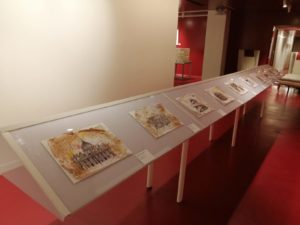 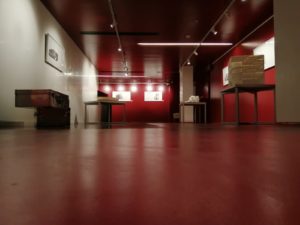 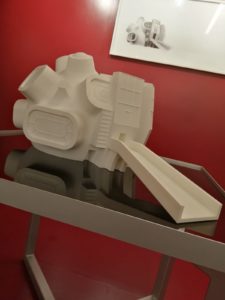