On the occasion of the twenty-first edition of the Festival di Filosofia, Palazzo Ducale in Sassuolo, where the Gallerie Estensi are located, hosts, until 31 October 2021, The Marazzi Years. Thirty pictures, shot by Luigi Ghirri between 1975 and 1985 for Marazzi, a world-leading company in the ceramic tile production based in Sassuolo are shown. The curator, Ilaria Campioli, must be acknowledged for having set up, in the three rooms that make up the so-called Appartamento dei Giganti, a small exhibitive masterpiece, surprisingly fine and deeply respectful towards the poetics of an absolute giant of Italian photography.

The exhibition is accessible from a small door overlooking the internal courtyard of Francesco I d’Este’s delizia and develops along three consecutive rooms, one small camerino and two main rooms, within which each image finds its space and its raison d’etre thanks to the impeccable direction of Campioli, whose curatorial approach seems to have been directed towards a research aimed at revealing the almost natural link between the images on display and the pre-existing spaces. Such a harmony is already made explicit in the opening, with real architectures and the first picture (a vaulted span seen in perspective acting as a “preview” of the exhibition) winking at each other, or in the pleasant chromatic assonance between the pastel-shaded pink and ash gray dominants of both frames and walls. The frames prove once again to be the ideal habitat for Ghirri’s shots, which remain safe into that white background so loved by the photographer: “I normally tend to get not very intense colors, which combine much better with a white background, a black one would kill them”, Ghirri says in the Lezioni di fotografia.

From the very beginning, the exhibition let the theme of space make its way through the rooms: a space that, in the wake of the great Italian Renaissance tradition (Piero della Francesca), becomes measurable and reducible to that squared grid that Ghirri, still in the Lezioni, immediately associates to the frame’s frosted glass, which is “identical” – he says – “to the grid of a blackboard for learning to write or draw”. The daily practice of experiencing space, too often taken for granted, does not end in easy intellectualism. The squared pattern of the tiles is in fact also intended by Ghirri in its full solidity: “Ceramic” – the photographer explains – “has always been an ‘object’ on which other objects are placed on: the furniture, the gestures, the pictures, the shadows of people living in these spaces”, and this is exactly how Ghirri sees it, demonstrating his ability of walking between extremes and of skillfully reconciling the materiality of an abacus, of a balloon or of the iconic spoon with an egg (clear reference to Piero Della Francesca’s Pala di Brera) with the rationality of the dimensions opened by mirror reflections.

The idea of ​​balance between Descartes’ res cogitans and res extensa, between the inner and the outer, is for the photographer also intimately connected with the photographic practice itself. Ghirri still entrusts the moment of the shot the discourse on the “threshold” that has accompanied him throughout his whole career. As a supreme act of judgment, the shot is nothing but a moment of selection of the portion of reality to elect as the subject of art (“photography is always an exclusion of the rest of the world in order to show a piece of it”). A reality which is absolutely normal, whose task is to establish a long-lasting (and not relegated in the mere act of viewing) contact with the spectator which must also carry with it an idea of ​​tension, of something lacking, unspoken. So, it’s a revolution in silence, that informs Ghirri’s whole photographical praxis, who takes upon himself the responsibility of inviting contemporary man to take a break, to slow down his heartbeat in order to free him, even for a few moments, from the hypervisible regime: “Our perception of images has sped up through cinema, television, and cars. We can also perceive the advertising messages we see on signboards while going through a road at 100 kilometres per hour […] Our model leads to an accelerated vision”. Silence as the ultimate aiml, which also make some recurring technical solutions, like the extreme sophistication in shading lights or the overall attenuation of saturation, very functional means to reach the goal of questioning the supposed “banality of reality” and of recuperating what is complex in simplicity, by living space as a dimension which is immune from external stimuli, as a place to re-know oneself. A ‘non eloquent’ revolution, in the end, silent like the one once belonged to Piero. 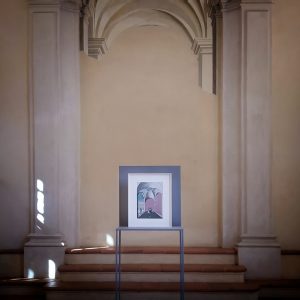 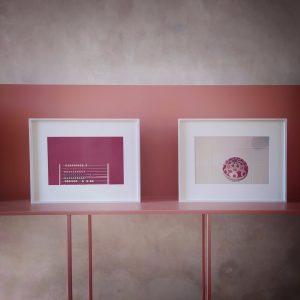 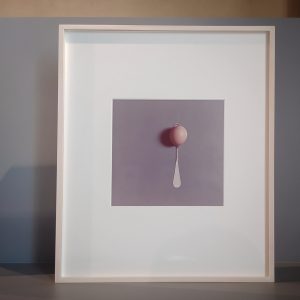