Domenico Quaranta and the Futu.. 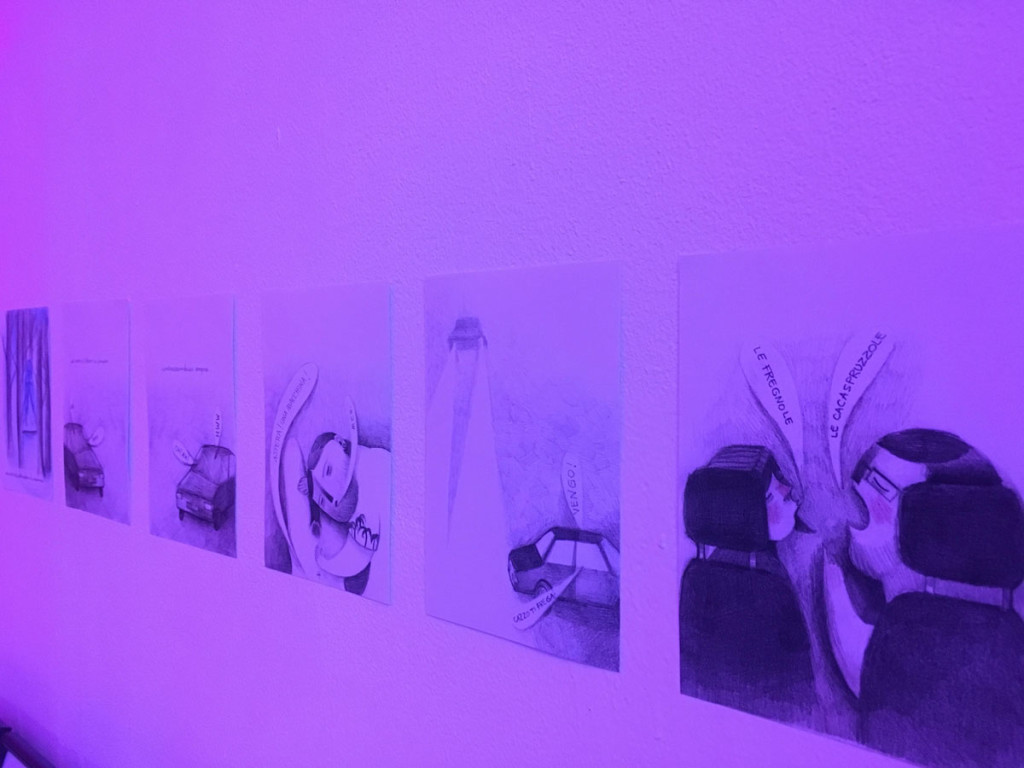 What’s the meaning of “Erotically” (“Eroticamente” in italian)? Which is the form of the Eros through the eyes of whom define themselves “children”? The art exploration about this theme can be very interesting if the exploration comes from a group of “infants” (as they call themselves, “Gli Infanti” in italian).  Natural born curious, pushed by the need of doing more than discussing, “Gli Infanti”’s exhibition/happening took place on 19th march in Bologna (autospazio, viale Pepoli).

The artistic collective was born a year and a half ago with a clear mission: promote the idea of “artistic heterogeneity”. And, in fact, the group created by these young artist gives to this heterogeneity a strong power and an important role.

“We are infants and we’re not able to talk – they declare in their “birth certificate” – So we do. We are infants and we don’t talk that much: we create”. A long serie of exhibition brings them to this one, the last one, “Eroticamente” in which they explore, all together and separately, the sense of the Eros in the contemporaneity between obsessions and fantasies.

The favorite medium and “doing act” of an “infant” is drawing, illustrating, telling stories by using hands gestures and movements: in some cases with the perfection of details cure, in other cases just by suggesting almost without words.

In her artwork, Mara Santinello tells us, with a serie of drawings, about a place (a real one but at the same time imaginary) where a “rendezvous” takes place, a “camporella” (a regional word referring to a countryside place in which a couple goes to make love). And her drawings are full of pale and thin visual suggestions, as they were immersed inside a mist giving everything an opaque, melancholic, magical idea. And her delicate drawing marks creates a nice contrast with the words the two lovers say each other during the “camporella”.

Pittioni’s drawings are closely related to Vinnie Palombino’s posters: the Eros is here colorful, collective, full of dyonisian manifestations. Palombino renounces to a realistic, anatomic dimension going through a more involving explosive one.

More imaginary and suggestive are the artworks presented by Carmen Ebanista and Francesca Brà, in a deep dialogue between them, in which the Eros is fused with fantasy and nature: an Eros that becomes a fairy world (in Carmen Ebanista’s illustrations) and a playful and provocative one (in Francesca Brà’s drawings)

Between Eros and love are Federica Perazzoli’s works which are oriented on the concepts of barrier, border, separation (and melting) between two bodies but also between two spaces: she invites us to explore the difficulties of relations seen as sharing personal spaces which becomes one by making love.

In the other room, the happening part takes place with the social partecipative work of Federica Perazzoli with a video-art project and a djset where erotism becomes more direct and explicit in its classical seductive elements. 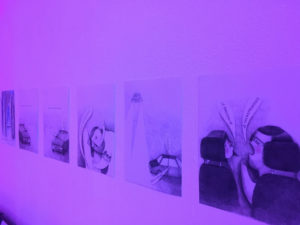 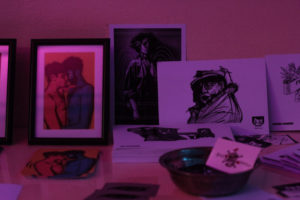 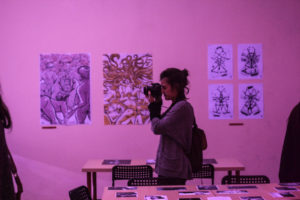