In conversation with Trisha Ba..

With a great sense of irony, quoting Picasso, Bonomo Faita says: “I am not looking, the images find me”. In these few words the whole world of the artist Faita is enclosed: sudden illuminations that become lyrical, fresh, immediate narration, always innate by a smile and a deep playful vein. Always in a low voice and with fine manual skills.

Dear Bonomo, if you didn’t live in Brescia, where would you like to live?
At the sea. Or in an eastern metropolis.

How do you organize your production of images?
I have never had a method: I abandon myself to the flow of images of art. We live in the empire, I would say in the tyranny of images. Today, in the social era, I feel an aversion to photography and the abnormal use we make of it. I do not believe in the need to add much more to the existing one, on the contrary I often feel tempted by an iconoclastic extremism. Very few images are really necessary; and obviously I don’t always have the presumption to believe that mine are among them.

Do you recognize yourself in any teacher or author who has been important for your artistic training?
Well, the noble quartet of Italian art: de Chirico, de Pisis, De Dominicis, De Maria… (without forgetting prince De Curtis). Quite apart, the list would be really long. And books… even literature and music influence me. I have often worked on the topic of training books and usually I listen to a lot of music.

Your work is 360 degrees, in the sense that you expand the expressive language with any technique that comes back to you: from drawing to photography, from painting to ceramic; but always in small dimensions…
Maybe I would have needed 361 degrees. Really, “I’m sorry” I’m not only a Painter. On the size of the work, I think that too often the artists’ ego produces works ten times larger than necessary. They are chosen.

In your works there is always a lot of irony and a great rethinking on the most recent images of history of art…
Even the reflection I make on the work of the artists originates in the training: with terracotta I quote Fontana, Boetti, de Chirico… it is a material that allows mimesis. Although now, after the end of God, who can expect miracles from clay?

You are part of the “Portofranco” group created and promoted by Franco Toselli. Could you tell us something about this adventure and your fellow travelers?
When everything started in the Nineties, Alighiero Boetti had just died; it was natural that this artist who had brought the world into the world became a happy link between before and after, a tutelary number for “Portofranco”. Franco Toselli has joined artists who correspond to his personal vision of Art, after his experience with the neo-avant-garde. A work of reduction compared to the hypertrophic ego of the system, in favor of an intimacy of the work, which like a small light can illuminate a thick darkness. The most participated adhesion to this artistic thought came from Elena Pontiggia, a real architect of the group’s vision. And then there was Germano Celant who, by signing the book that historicizes the Toselli gallery (and which he declared to be his most beautiful book) fully centers on the sense of the gallery owner’s work: a continuum that has never been interrupted. This book, seen now, appears to me as a testament of the great critic. In two years friends Lisa Ponti, Gabriele Turola and Paolo Truffa are died, artists capable of fruitful visions… the young artists still arrive, each surprising in its own way to collect a sort of witness… the artists come and go, the thought and the works will remain. 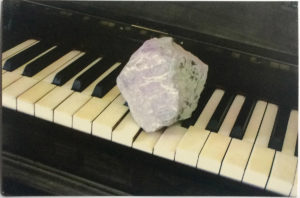 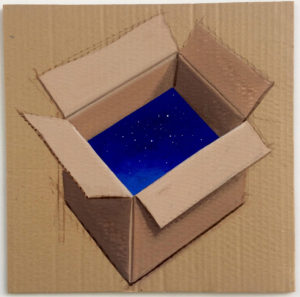 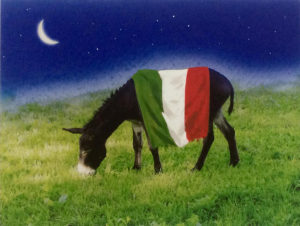