Accelerationist aesthetics and peoples of the Net (I)

While the entire West is wondering about the role of technology and its products, as well as about the risks implicit in their use, in Italy we still live a cleft between right and left in which the ethical contents of fascism and anti-fascism reappear. These two categories have characterized and still characterize the entire Italian cultural production, expressing the ontological condition of a country still permeated by a popular, intimate and storytelling self-narration, which we find not only in literature, but also in the visual arts – from Arte Povera to the endless season of post conceptual or neo-minimal – where even the neo avant-gardes are inspired by the experiments of the past, ignoring technological evolution. Cultural attitudes that evoke a conservative antagonism continue to recur, expressed by concepts such as “analog resistance” or “neo-experimentalism”, which are posed as a nostalgic recovery of cultural experiences from the sixties and seventies. Italian cultural production thus remains essentially indifferent to the current debate on digitization, while new media and the Internet, seen as extreme outcomes of capitalist production, are viewed with distrust.

On the contrary, accelerationist political theory[1] proposed to positively grasp the results of hyper-liberal capitalism on the level of technological research in order to imagine their hypothetical social redistribution and with the consequence of bringing its structural contradictions[2] to collapse. Accelerationism, in its right-wing meaning, hopes that technological evolution will lead artificial intelligence to overcome human intelligence, reducing the latter to a form of subjection[3], while on the left-wing the need to increase computer knowledge is invoked for a fair redistribution of technological resources[4]. According to Nick Srnicek and Alex Williams, authors of the Manifesto for an Accelerationist Politics (2013), “platforms are the infrastructure of global society […] They set the basic parameters of what is possible, both on the behavioral point of view and both on the ideological one: they are what makes possible a certain set of actions, relations and powers. While much of the current global platform is geared towards fostering capitalist social relations, this need is not inevitable. The material platforms of production, finance, logistics and consumption can and must be reprogrammed and reformatted towards post-capitalist purposes.”

What political theory elaborates finds its aesthetic rediscovery in the creative practices on the net, in artists who are enthusiastic about the new means of expression allowed by technological evolution in relation to mass communications. Even if in Italy we have not noticed it due to its unresolved political dialectic and the hegemony of “ontological” neorealism expressed by the left culture, hypermodernity is the dominant cultural condition in all highly technological societies, that is, in those nations where neoliberal capitalist growth has produced paroxysmal conditions of consumption.

The concept of hypermodernity, developed in France fifteen years ago by Paul Virilio, Gilles Lipovetsky[5] and others, in Italy is a subject of study for a small circle of researchers, sociologists and psychoanalysts, while, paradoxically, it illustrates a very widespread practice among artists of the Post Internet Art area network, who, after hours of browsing, arrive at the reasoned elaboration of the collected contents in order to give them a symbolic, metaphorical or allegorical interpretation.

Raffaele Donnarumma offers a concise but effective definition of the hypermodern condition seen as an acceleration and “sliding forward” of the postmodern constituent elements taken to their extreme consequences: “The hypermodern, which has abandoned the modern faith in progress […] is a neurotic compulsion that neutralizes its idols (speed, novelty, efficiency, factivity …) just as it raises them. […] The prefix hyper- lays every possible celebratory nuance and reveals its anxious and intimidating load: hyper- is the contemporary obsession with performance[6].”

What distinguishes the current accelerationist and hypermodern artistic production from a still twentieth-century logic is a disillusioned and conscious exaltation of the consumerist obsolescence of late capitalism. Considered ineffective and irrelevant, on the ideological level, any opposition to the excessive power of consumption, its aesthetic exaltation leads to its parodic emphasis and acceleration, to a sort of “baroque” hyperbole, capable of overcoming and dominating it by excess. The current Post Internet artistic productions place us in front of facts, widespread behaviors, highlighting the psychopathological effects that the rampant narcissism in the use of new media and social networks have entailed in the definition of the self, of individual identity, and of the relationship between reality and fiction.

[1] N. Srnicek e A.Williams, Manifesto for an Accelerationist Politics, In: Jousha Johnson (edited by), Dark Trajectories: Politics of the Outside. Miami, Name, 2013. 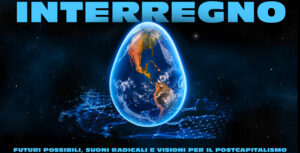 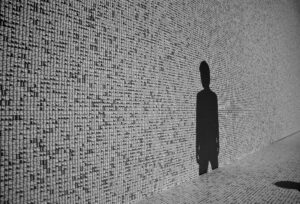 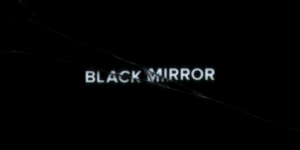