Tamara Ferioli. Everything is ..

Looking at the magnificent images of the exhibition Scene – Alex Majoli, exhibited at Le Bal in Paris until April 28, 2019, we can perceive an instant portrait of the state of the world today, much more punctual and detailed than the consultation of any writing on the same subject. Alex Majoli, immortalizes with the attitude of the street reporter, not surprisingly he is a photographer of Magnum Photos, the individual moments of the life of men and women who live in different continents, their moods and above all the suffering that unites mankind in a historical period in which wars are anything but an archived topic.

An interesting and shocking picture emerges. Wherever you look, there are populations in troubles for the most different reasons. Majoli photographs them theatrically in long shootings, with the use of the flash that illuminates the scene even in broad daylight, making artistic what our eyes perceive daily as normal. By carefully observing these images, which are also divided into groups according to the country in which they were taken, it becomes clear that geopolitics is not an opinion at all.

The strong immigration pushes European countries to confine the newcomers in camps at the border with Hungary, Greece and Bulgaria. All of this is counterbalanced by the birth of right-wing nationalist political forces, capable of shaking the veins of the wrists of the most peaceful European politicians. The episodes of radicalization are rampant and the images of Majoli relating to Paris after the attacks in 2015 are absolutely eloquent.

Xi Jinping’s China is becoming increasingly economically competitive, but at the same time its citizens are forced to migrate from the countryside to the cities, not only in their country, in order not to die of hunger. The faces of these wandering men, all united by the intention of going elsewhere in order to live better, are all alike, regardless of the continent to which they belong. Men rich in hope, but at the same time marked by hardship, pass through the globe having as their ultimate aim a goal, which will certainly not be definitive. Paradoxically, as always happens with photography, that is capable of stopping the moment and the reality of the moment in which it is shot, the situation is totally different for the images dedicated to India. Essential and minimalist images outline an almost unrecognizable landscape, a flat calm out of the noises and colors that we are used to associate with this country.

Likewise the images dedicated to the Congo, in which unusual photos such as those of the sitting of a court or the demonstration in the city of Brazzaville, give us an unheard glimpse of a social reality almost unknown to Europeans. Majoli’s exhibition is the image of the international realpolitik, free from superstructures and screens, which leads us to reflect where we come from and where we want to go, how our world is full of inequalities and pain and above all how we are powerless to fight them. 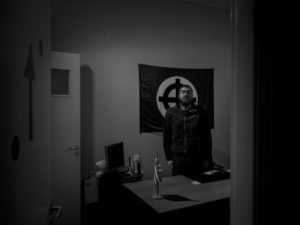 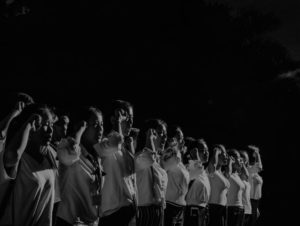 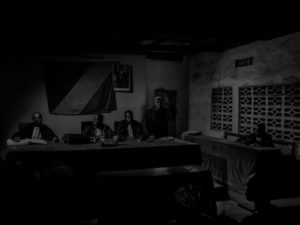