MAGMA Gallery and Vhils Studio present, within the spaces of the Ex Chiesa di San Mattia in Bologna, the exhibition Portal, a solo show by Portuguese artist Alexandre Farto aka Vhils. The site-specific exhibition puts the works in dialogue with the suggestive sixteenth-century environment, located right in the heart of the city.

The specificity of Alexandre Farto aka Vhils’ work is to use second-hand materials, such as doors, taken from abandoned buildings; this support represents for the artist a link between the intimate and subjective perception and the relationship with the outside, incorporating his experience with the urban environment.

The door is carved by the artist in bas-relief, thus creating faces; some inhabitants of Bologna are represented, thus remaining in dialogue with the city and the external environment. The portraits are the result of a shooting that took place at MAGMA Gallery in February 2020 after a couple of months of research among the inhabitants of Bologna.

Carving on wood is for the artist a way to decontextualize the object, emptying it of its common use to transform it into a portal where fragments of stories are told.

Even the environment that contains the exhibition, the church of San Mattina, has a common feature to the work and that produces Farto’s site-specific work: it has been deprived of its original purpose in favor of a new vital dimension. Both the works and the church are portals that emphasize the symbolic and healing power of the objects.

In this trace, the door-portal can be associated with the function of the unconscious, that is, a place from which process and psychic images arise, interconnections of archetypes and conflicting feelings: inclusion and isolation, freedom and possession, sharing and incommunicability of the collective psyche.

Portal, therefore, is made up of twenty urban totems, a silent people made of sculptures, used as a path of discovery and awareness of otherness through an empathic gaze.

Alexandre Farto, by relating faces of strangers with the spectators of the exhibition, wants to create a space for collective sharing, for recognizing one’s self in the face of the other, inviting people to take care of each other’s intimacy and sensitivity. Ideally, the doors open only for those who truly know how to observe. 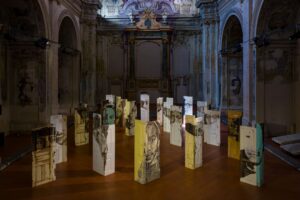 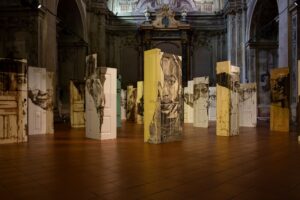 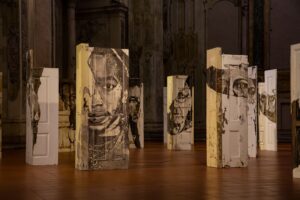 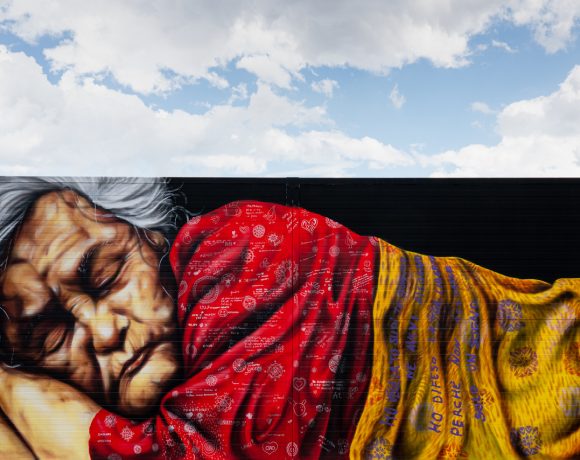 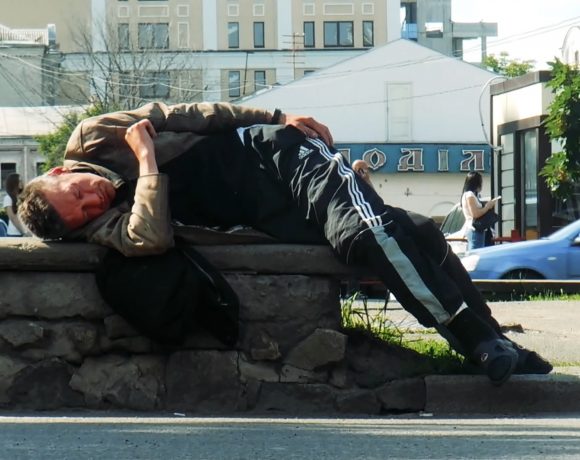 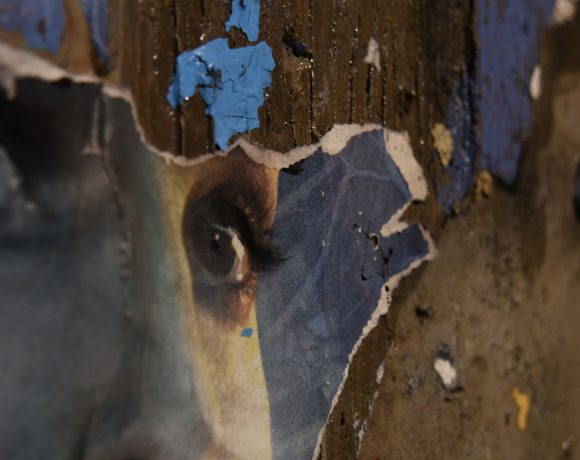