Antonio’s dream: a journey between art and f...

Antonio’s dream: a journey between art and fabric in Como

The exhibition “Antonio’s dream” offers a beautiful dialogue between contemporary works of art and the fabrics from every era collected by Antonio Ratti, a brilliant and creative entrepreneur who designed them at the beginning of his career, and then promoted and collected them.

The exhibition “Antonio’s dream” begins in the neoclassical rooms of Villa Olmo in Como, curated by Lorenzo Benedetti, Annie Ratti and Maddalena Terragni, with the layout designed by the architect Philippe Rahm and the graphics by Wolfe Hall. The exhibition unfolds by proposing the works of artists who have collaborated with the Foundation over the years, such as John Armleder, Luigi Ontani, Giulio Paolini, Walid Raad, Yvonne Rainer, Julia Brown, Vincent Ceraudo, Zishi Han and Moira Ricci. A documentary made by Domenico Palma presents the figure Antonio Ratti with interviews of many people who have worked with him. We then move on to the gardens of the Villa and the Chilometro della Conoscenza, the public route that connects the parks of three villas in Como, with the works of Ilya and Emilia Kabakov, Liliana Moro, Giulio Paolini and Rä di Martino to get to Villa Sucota, headquarters of the Antonio Ratti Foundation. It is the third exhibition dedicated to Antonio Ratti – after the one at Palazzo Te in Mantua in 2017 and at the Baths of Diocletian in Rome in 2018. The park of the Villa, which already houses permanent works by Gerry Bibby, Jimmie Durham, Liliana Moro, Matt Mullican and Richard Nonas, is continually enriched by installations by artists who over the years have participated and are participating in the CSAV – Artists’ Research Laboratory, among the such as Invernomuto, Daniel Jablonski and Oscar Santillana.

The collection of textiles from different continents and eras, from the third to the twentieth century, counts more than 3300 textile fragments, Coptic and indigenous-American fabrics, Italian velvets, Indian and European cashmere shawls, French silks, Congolese Kuba fabrics, Central Asian ikat robes, Alsatian printed cottons and Japanese kimonos. But Antonio Ratti’s worldview does not stop there. Many of his projects, sometimes accomplished, sometimes just dreams. In 1973 a humanitarian project is carried out in India. The Ratti group turns to P.I.M.E. (Pontifical Institute for Foreign Missions) with the desire to support a humanitarian project together. “Casette a Ghanapur” with the presence of Father Augusto Colombo, creator of the project, originally from the province of Como, a missionary known for his numerous activities in India. Not so lucky the Economic Corporate Project in China 1979/1997. Then the Cultural Project in Como 1988 starts: a drawing course which later became the “Superior Drawing Course” which took place from 1988 to 1994 under the direction of two Como artists Francesco Somaini and Giuliano Collina.

But let’s start with the works: Giulio Paolini immediately welcomes us with an installation from 2002. Four canvases are placed on four easels, placed on the four sides of a platform and oriented towards a Plexiglas plate, suspended in the center, at the height of the canvases. Each canvas bears a pencil drawing, which fixes one or more positions of the plate in slight oscillation. “Real life copies” of a constantly changing “model”. And yet another by Giulio Paolini Double truth (copy and reflections), 2020. Four plaster pedestals support sculptural bodies: a geometric solid, a sphere, a mineral and plaster fragments. And again the postcards by Oriol Vilanova (Faraway, 2021) which when enlarged take on a different meaning, the video by Yvonne Rainer, a key figure in contemporary dance, with a composition conceived by the artist in 1965, Luigi Ontani who, with Mostri comaschi su astri, 1989–2021 plays between original and copy printed on fabric. Walid Raad through the shadows of fabrics tells us about the dialogue between reality and fantasy, between contemporary art and extra-European fabrics. Zishi Han with Exuviae, 2021, installation made of metal chains, ceramic and sound, Vincent Ceraudo with From There We Came Outside and Saw the Stars, 2019/2021 a video shot at child’s height, which analyzes the rationalist architectural forms of Asilo Sant’Elia, Julia Brown who frames a worker from Ratti SpA in uniform from behind while checking a fabric looking for printing errors with an anxious effect. One of the works that best represents Antonio Ratti’s multifaceted personality is the work of Moira Ricci entitled MONDA FLAGO, 2021 which in Esperanto means flags of the world. With the elements and colors of all the flags of the world, Moira Ricci composes a unique colorful and fantastic landscape. And again John Armleder who in the Music Room presents a large gilded table on which eight chrome plates covered with mosaics or worked in mirror rest.

At Chilometro della Conoscenza Hans Haacke with We (all) are the people, 2017–2021, 12 translations of the phrase “We (all) are the people”. Another flag by Giulio Paolini Words in the wind, 2021, the fountain of Ilya and Emilia Kabakov Mother and son, 2000/2021, the cave where Liliana Moro conceived a sound installation, On air, 2021, Rä di Martino Antennae Rock, 2021 (radio antennas sprout on a family of volcanic stones from the Sardinian quarry of Ittireddu). Jimmie Durham with his Apecar and concrete block, Invernomuto proposes one environmental sound installation, with print on fabric and 4 sound-absorbing panels, and colored light, Oscar Santillán with Forecast, 2021 a structure inspired by Ward’s box, the first example of a portable greenhouse that allowed the export of plants from colonies. In this case the plants contained in the structure are illuminated by the light emitted by the screens that broadcast apocalyptic films. Daniel Jablonski in the lemon house of the Villa Sucota park creates an invisible filter between the viewer and the landscape, questioning a cornerstone of the relationship between the villas on the lake and the lake itself. In the Villa Sucota still a number of works by Alfredo Jaar, Walid Raad, Christina Mackie, Mario Garcia Torres, Joan Jonas, Jimmie Durham, Gaia Franchetti, Oriol Vilanova, Karl Holmqvist, Melanie Gilligan, Diego Perrone, Giuseppe Gabellone.

In short, a great exhibition that allows us to enjoy a wonderful landscape enriched by important works, the beautiful villas rich in history and the present research, thanks to Antonio Ratti who gave life to this complex reality made of entrepreneurship, creativity, perennial research. 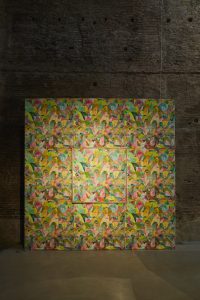 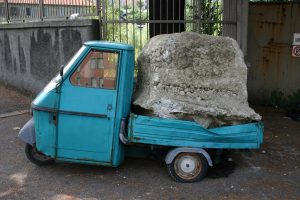 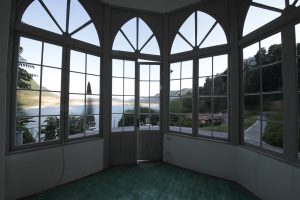 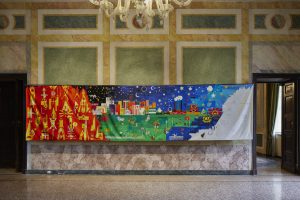 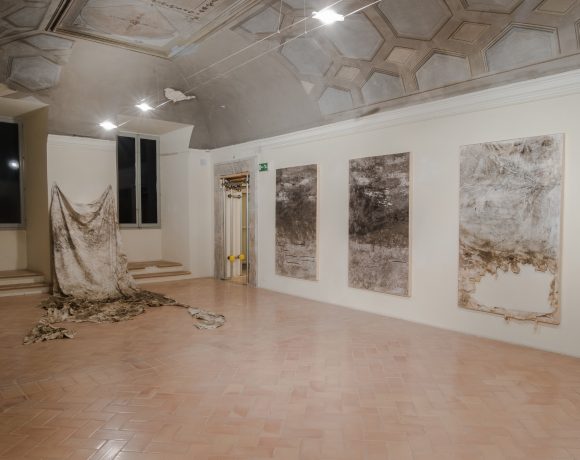 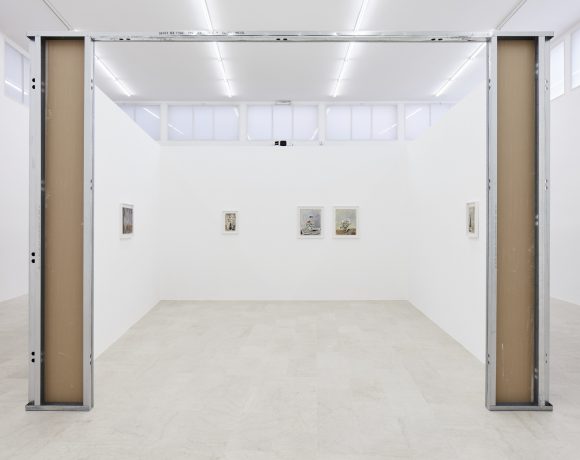 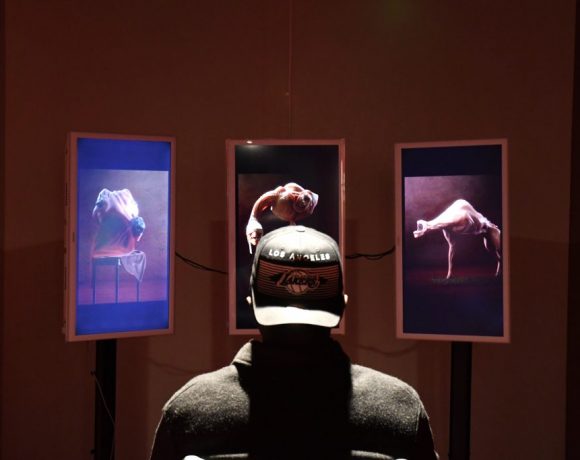