Armin Linke. The appearance of the unseen

Armin Linke. The appearance of the unseen 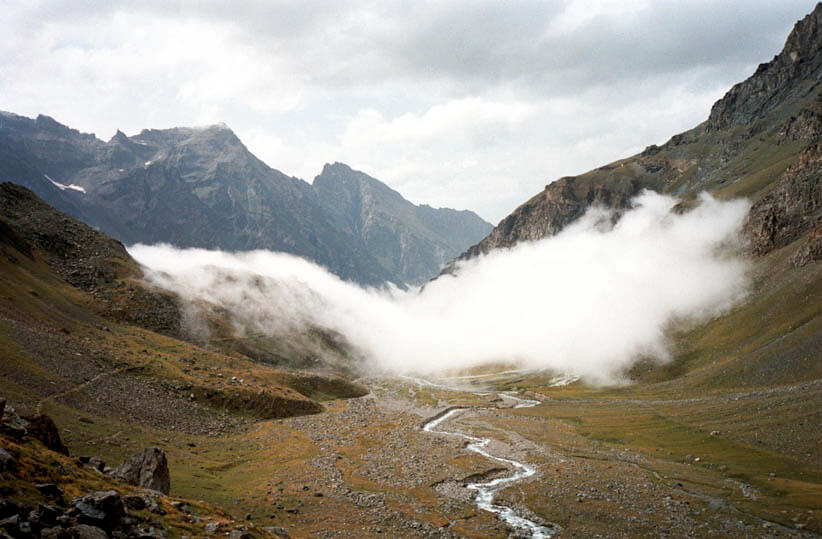 In the wake of the “archival impulse” theorized in 2004 by Hal Foster in An archival impulse, for more than twenty years the photographic research of Armin Linke (Milan, 1966) is aimed at the construction of an unlimited archive of the visible that, to date, contains over twenty thousand photographic images taken in different places in the world. The intent is to create an ever expanding global atlas, capable of narrating and conveying the current transformations of the world into a single space, devoid of precise geographical coordinates. Starting from images of a highly spatial structure, which show the change of the landscape from an architectural and natural point of view, the author moves in search of situations and contexts in which the presence of man is central, necessary for the author to understand the relationship between the latter and the forms of a constantly evolving world.

Both in the photographs and in the documentaries, Linke uses different framing, shooting and editing techniques to crack the limit between the objectivity of the observed reality and the fiction, thanks also to the work done on the image during the post-production phase. In a continuous movement from place to place, Linke observes, shoots and accumulates the material photographed in a constantly evolving archive, an active witness to the geopolitical, economic and environmental changes in progress. In front of this immense work of cataloging, the artist invites to distance a conventional fruition of the image. By questioning a static conception of the archive as a mere preservation space, Linke studies precise exhibition situations that open the content to a dialogue with the present and with the space in which, from time to time, a part is presented.

This approach is central to the appearance of what is not seen, the artist’s first solo exhibition in Italy presented at the PAC in Milan. Curated by Ilaria Bonacossa and Philip Ziegler, the exhibition, proposed on the occasion of the 12th Giornata del Contemporaneo and dedicated to Italian art, is the second stage of a larger project conceived as itinerant, at the base of which is the the desire to redefine the spatial limits, to make the contents of the archive dialogue both with different European cities and with authoritative scholars invited by the artist to select the most interesting photographs for them, in relation to the respective field of research. After the first stage in Germany at the ZKM in Karlsruhe between 2005 and 2007, which saw the participation of Ariella Azoulay, Bruno Latour, Peter Weibel, Mark Wigley and Jan Zalasiewicz, the exhibition at the PAC is enriched by the important contribution of Franco Farinelli, Lorraine Daston and Irene Giardina. With the presence of external scholars, the exhibition project overcomes an ordinary presentation of photographic images in favor of a more complex procedure, aimed at recontextualizing the content of the archive itself and linking more than 170 selected photographs to further theories relating to contemporary society. In a succession of connections, which incorporates the structure of communicating vessels, a process outside the archive transforms its use, dismantling the idea of ​​a linear photographic narration. Thanks to the voices of scholars spread in space, a narration is triggered on several levels: the audio overlaps the visual part, accompanying the images and texts written by the photographer to create a different space, traversed by visual and auditory trajectories that link the photographs to reflections related to geography, architecture, physics or philosophy.

Central to the exhibition is the set up, designed to dialogue with the modernist architecture of the CAP and to invite the viewer to move without following an a prearranged path. The traditional arrangement along the walls – which requires a solitary, static and frontal vision – is distorted by an overview that considers the single photographic unit as part of an integrated system both on a visual and conceptual level. The CAP is thus crossed by a series of panels – islands intended as thematic rather than authorial units – among which the visitor is invited to move following what strikes him most. In this way, in a path that is always different because it is personal, the archive itself is told and molded into an open work with always different connections. 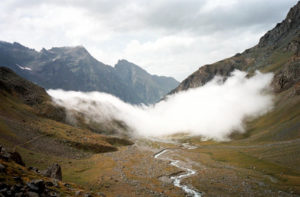 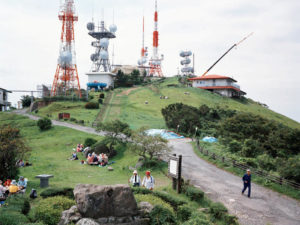 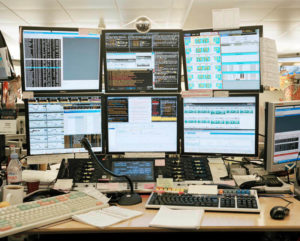