Armin Linke. The appearance of.. 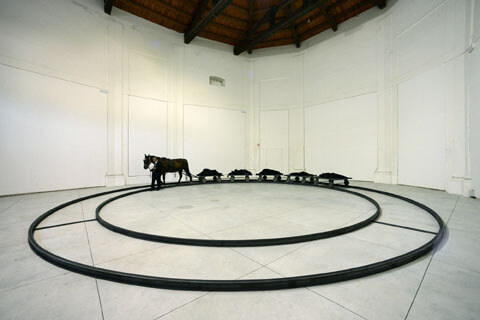 For the twentieth anniversary of the Centro Arti Visive Pescheria di Pesaro the City Council organized an important initiative that highlighted the new policy of the Assessorato alla Bellezza, asking Ludovico Pratesi (from years diligent artistic director of the evocative exhibition space) to promote an important event. Not disappointing the expectations, he invited Jannis Kounellis, one of the most important visual operators of our time, who generously produced another of his exemplary creative acts – which will certainly be among the most significant for the city and its art history – giving way, especially to the residents, to learn more about a protagonist of the renovation of contemporary art in the international arena. From the Sixties, Kounellis has implemented transgressive inventive and provocative actions on the basis of a different perception, through the use of simple materials and a singular method of operating, which described his original identity.

Jannis has realized two complementary and site-specific installations, establishing a close dialogue with the spaces of particular connotation. He occupied the Porch of the former fish market with a ‘composition’, physically static, hanging from the trusses eight swings over which he has placed overwhelming burlap sacks full of coal. At close range, on the floor, he spreads de-formed ‘bodies’ of industrial elements, covered with white sheets, as if they were dead bodies to hide. All offered a magical and mysterious vision, disturbing and, at the same time, light and poetic. In the close former deconsecrated Church of the Intercession, recently restored, the artist proposed a geometric dynamic and performative situation with a double polarizing circular railway, inscribed in the twelve-sided architectural structure of the environment, on which were placed five trucks with over blacks coats. On the opening night and the next day they were driven by a powerful work horse (led by a coachman dressed in black). The image of the re-transfer of the small convoy, enhanced by the sound of the rails and by the rhythmic stamping of the quadruped, evoked an inevitable, mournful popular ritual from secular sacredness, creating in the audience an alienating emotional involvement. And the work with the interaction of people bought the expected public dimension.

It was an extraordinary operation able to stimulates the imagination to remote and current events of humanity. In the three months of opening of the exhibition the film of the performance will be viewed on a screen. Kounellis revisits permanent ideals of classicism and, through a rigorous experience and radical practices, landed in visions that penetrate the existential reality with an eye to the future. Anti-romantic and anti-bourgeois, authentically modern in more ways. For who writes – me -, his presence in Pesaro was also an opportunity to strengthen a friendship that dates back to the years of decisive artistic changes, to check his progressive activity and deepen the basic motivations of his ‘artivism’ with a long conversation before the opening, of which here are presented only some parts related to the exhibition.

Luciano Marucci: For the exhibition at the to the Centro Arti Visive Pescheria di Pesaro which characters of the structure loaded with memories triggered your imagination?
Jannis Kounellis: The fact is that in this place they sold fish and, at the side, there is a church with an unusual dodecagonal plant. I came and saw that the space had a strong character. It is rare to find one so …

Did you relate with the architecture of the environment?
The architecture is a tuning fork, gives you the measure of where to put the work, how to do.

How did you conceive the project?
The space had its weight and to achieve the exhibition according to an idea, a conceptual project, I have been here five days.

Where do the materials used, to which you attribute symbolic values, come from?
I found them here; I was at a local farm to pick the ones that I needed, then there’s the coal that I brought from
my studio. I almost always so. I take some things, others I find them on site.

There are connections with your personal history?
Not with my personal; they relate to language, which is not born now …, but from conditions of a certain type, related to the culture. In the initial reasons of my work there was a reason, a certain radicalism which also involved Italy, where I had my generational friends.

It is a unique piece that celebrates the revival of the drama?
The work concerns the theater, so it is not a multiple.

The precarious geopolitical situation with the invasive migration, which also involves your country of origin, is reflected in some way in your recent works?
Like everyone else, I read newspapers. It is obvious that if one day the boats sink and die a thousand people, would be horrible not understand that something has changed. It is not possible. And then in Italy, which is a bridge for Africa, in four steps, there are very strong entanglements to understand the change of reality.

Indirectly all this enters into the work.
Certainly, if one is not just like Mondrian who does certain things regardless of what happens. I, for my sensibility and my humanistic culture, I can not close my eyes. If there is war, it involves you by force.

Do you consider your art of moral and civic engagement?
I do not know. As I said, I belong to a certain generation. You must remember the moral, civic, political commitment of those years. It was on the horizon and that helped me to understand the country and to bring it back inside me. 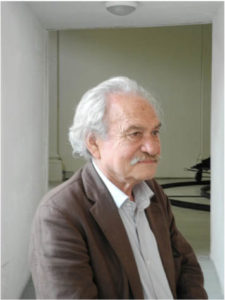 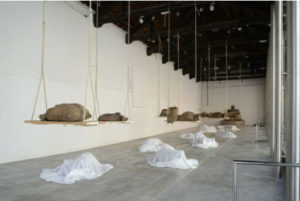 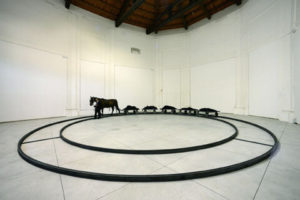 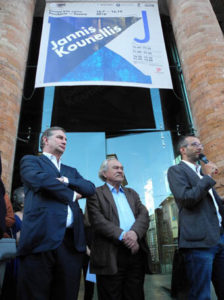