A tile, some milk, a machine and logistic. Photogr...

A tile, some milk, a machine and logistic. Photographs of Emilia Romagna at work. 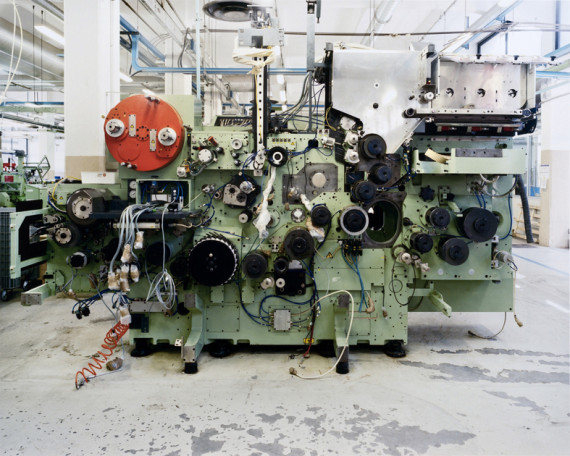 In synergy with the European Photography Festival in Reggio Emilia, focusing this year on a representation of the landscape that finds in the concept of street its main theme, MAST Foundation pays tribute to the Via Emilia with a collective exhibition of international photographers who analyze and interpret through their shots the main road artery of the region and the territory that runs along its path. Centerpiece of a densely populated metropolitan area stretching from Bologna to Parma, it has developed following the radical changes in the way of working and living that the economic dynamism of the postwar period has made. The housing units and the industrial plants arose in that period were amalgamated with a view that has its main distinguishing trait in the continuity of the line that separates the plain from the sky, sometimes blurred by the fog exhaled by the dense network of rivers and canals that cross countryside. The twenty-first century industrial revolution, which replaced the old production facilities with highly technological systems that are functional to the new needs of advanced tertiary, trade, technology and acceleration, has recently undermined a socio-economic system that had found its balance in partnership, in small business and in the cooperative ownership. Theater and witness of these historic changes is precisely the landscape, in which nowadays live together the legacy of tradition, the abandonment finds and the infrastructure of progress that seems increasingly refractory to human presence. The photographers involved in this exhibition explore the new visual values ​​generated by this transformation composing a kind of inventory of contrasting images that analyze the current situation in its double meaning of intermission waiting for transmutations announced by the digital age and analysis of the existing.

The exhibition opens with the neorealist Worker Portrait by Enrico Pasquali: his fiery gaze turned upward expresses confidence in ennobling dignity of work and in promises of prosperity that animated the economic boom of the ’50s. This emblematic image is accompanied by a series of anonymous photos from the catalog of Officine Minganti that illustrates some of the machine tools produced by the company. The classical approach of the black and white photography that eliminates the unnecessary is now nostalgic attestation of a reliability that could be physically assessed in terms of strength and durability and which did not need a seductive communication to be convincing. It was a short duration period, as it is evidenced by Gabriele Basilico’s photographs documenting the disused packaging machines of a plant under decommissioning and conversion in Bologna emphasizing their inaction and cumbersome obsolescence.

In the contemporary imagination a strong and solid structure is perhaps more associated with ideas of slowness and effort rather than efficiency and versatility; for this reason the shots with which Carlo Valsecchi monumentalizes worldwide technological industrial plants accentuate the futuristic component with processing form and color that tends to abstraction of the real figure. Also Paola de Pietri photographs modern plants for ceramic production in Sassuolo as immaculate devices in which the ancient alchemy of transformation of powders into precious glazed dough appears to be in a self-sufficient way. If factories and campaigns appear deserted because human labor has been replaced by tireless automatic machines or it has been decentralized in developing countries without regard for workers’ rights, in the shots by Olivo Barbieri humans who crowd in the malls become anonymous cogs of the large-scale distribution.

Walter Niedermayr and Bas Princen document the construction of TAV infrastructure as a violent erasure of a landscape that can no longer recover its integrity: fast connection eliminates each intermediate step that is not strictly functional to the optimization of resources and become irreparable disruption of the natural rhythms in a territory where a measured slowness ensured the quality of production and the welfare of the inhabitants. This social system seems no longer feasible today, as evidenced by the reports of William Guerrieri investigating the historical identity of the craft villages of West Modena across personal shots and from archival which let emerge that the abandonment of a places is a consequence and condition of its loss of sense. Sometimes pictures may be a mild attempt of reconciliation between the cultural sedimentation of the past and the problematic actuality: Marco Zanta’s pictures describe Delta del Po with minimal glimpses of landscapes and portraits of fellow countrymen who whisper to each other suspending the time in a limbo in which the underground vitality of the tradition and the echo of the inexorable change cohabit.

A perfect union of all these different photographic, aesthetic and conceptual points of view could be Franco Vaccari’s video entitled Via Emilia is an airport (2000) that tells the transit of persons, vehicles and goods along the great thoroughfare also focusing on its night-time appearance. The continuous flow of vehicles that laps up the monotony of industrial halls, low prices hotels and public housing finds its unexpected human counterpoint in the dialogue that the artist establishes with some immigrant families or with prostitutes that there exert their ancient profession. 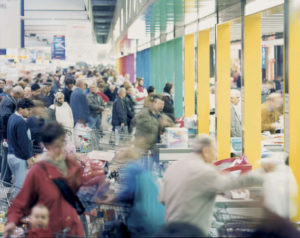 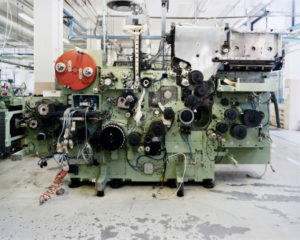 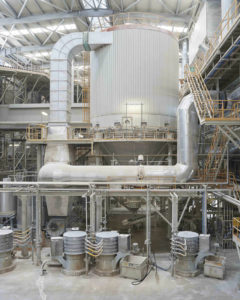 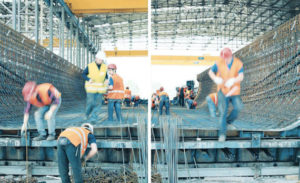