The artist Barbara Probst, after exhibiting at Le Bal in Paris, arrives in Italy (Milan) at Monica De Cardenas Gallery. The artist’s works, composed of two or more large and medium format photographs with a strong visual and emotional impact, capture and destabilize the gaze of the observer, in fact they constantly play between illusion and reality, making all the atmosphere of the installation to the limit of the unlikely.

Barbara Probst takes more photographs from various angles and distances and does it simultaneously: this methodology makes the images very different from each other, even though the subject is always the same; each becomes disguised by the frame, thus exposing a distorted and different reality in each photo shoot. The artist positions different points of view and feeds them to the observer, stimulating curiosity and intimate voyeurism, the instant of shooting breaks into different pieces and the series become puzzles to compose, to elaborate and to experience; Barbara therefore moves away from the concept of “captured moment” and approaches the development of multiple shots of the same “instant”.

In the exhibition we find photographs related to fashion, still life, reportage and portraiture, these typologies interact with each other in a surprising way so as to become complementary works.

In the first room of the gallery we find a double portrait of the famous twin sisters Lia and Odette Pavlova with the title Exposure #124 (2017). Here parts of the bodies of the young girls are hidden by glass objects, a real mix of portrait and still life. The two large photographs (168×112 cm each) which seem to mirror each other, are elaborated with different framing and taken at the same time where the viewer of this diptych is forced to play to find the differences.

In the same room a triptych entitled Exposure #139 (2018) apparently represents a classic still life composed by a table with various objects underneath, such as a bottle, a jug and a fruit, together with them we find an element of the human body: a hand; in each photograph the hand appears on different planes and it seems that this fragment of body belongs to a woman who is in a precarious condition of life, where what remains is only the surrounding of everyday objects.

Faced with this triptych we find another one entitled Exposure #132 (2018): here we move away from still life and we find the representation of a female body lying in front of the camera, the “human body” in front of the “camera body” becomes the story of a recovery in the recovery, seen from different points of view; the body of a woman with her sculptural presence, depicts beauty and strength at the same time, and here it is clear that Barbara brought her old sculpture studios, made at the Academy of Monaco, precisely in her photographs.

In the next room we find ourselves in the middle of a story, Exposure #123, a reportage linked to the portrait where the artist catapults us into a typical American motel by the sea and a woman with a melancholic gaze confronts the landscape. The link between the subject with the natural scenery becomes strong and it seems that everything is wrapped in a mystery that leaves ample space to the imagination.

The exhibition closes with the Exposure series #119.1 (2016) made up of 5 photographs (76×76 cm), taken in the studio. Here 5 different shots alternate, as the colors and the black and white are interspersed too.
The story in this story becomes more of a puzzle than a puzzle, objects on the table and human subjects mix in an almost surreal exhibition.
This series is followed by: a portrait of a woman in black and white, a still-life in color where bottles and cups hide a man’s half-length on the sofa, then a peeling wall in black and white, then again the body of the man on the sofa, but this time in a closer and frontal shot and to close a composition of a glass, a pitcher and a female body, superimposed on different planes but visually matching.

Barbara Probst’s photography is not developed towards a concept of two-dimensionality, but rather towards a three-dimensionality seen in a double vision: as objects in space, therefore a sculptural vision, the other, as a real reality. The world of the artist is told through various planes of vision, where the importance of time, understood as simultaneous shooting is as important as the multiple shots. 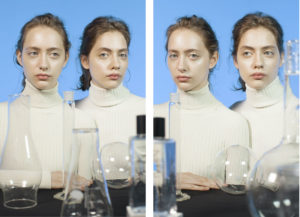 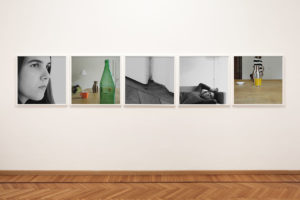 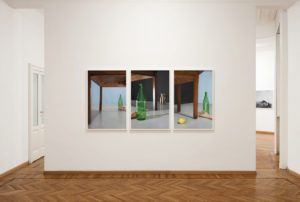 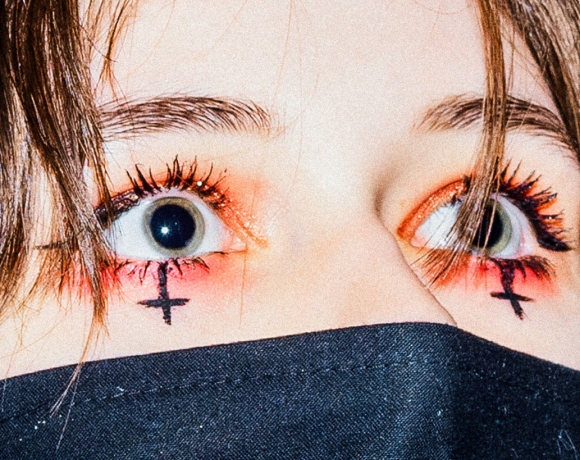 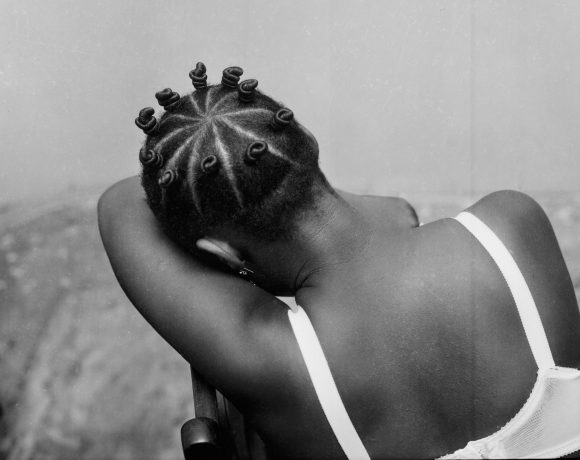 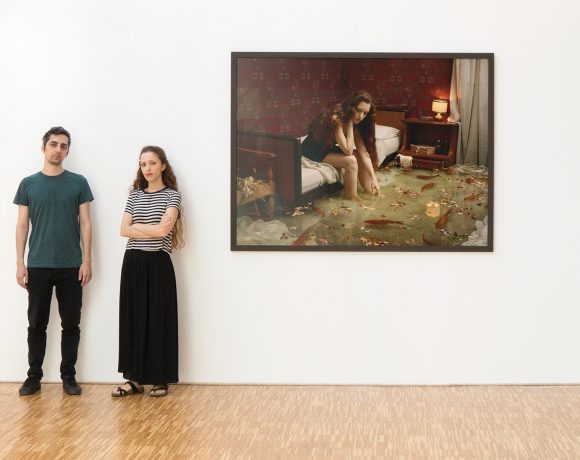