Bologna opens to “condominium” Art: the recipe of ...

Bologna opens to “condominium” Art: the recipe of Maionese 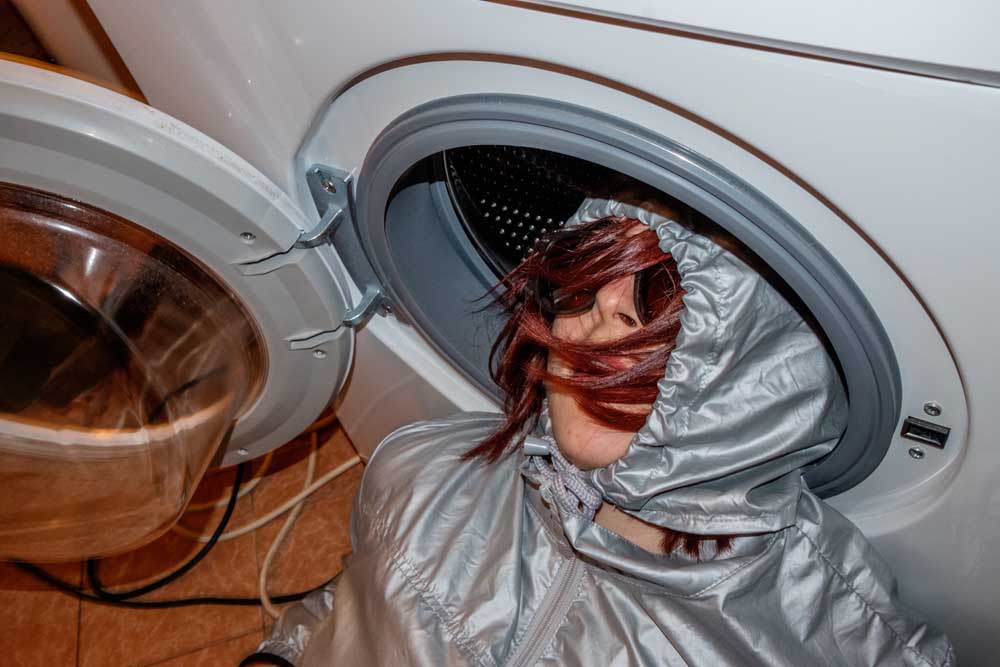 Ten emerging young artists, an uncommon familiar happening, a strange house-gallery at the gates of Bologna. And mayonnaise. As much as you want. The new project wanted by Sofia Campanini, Sissj Bassani and Veronica Armani, Maionese (the italian word for mayonnaise), is fresh air inside Bologna’s Art panorama, an irreverent and original experiment that wants to give space to a group of young artists.  And to a curatorial idea that is finally emerging also in many italian cities with projects of exhibitions and art residencies that go beyond the usual art channels in order to open to condominiums, blocks of flats and private places. It’s a new for of divulgation, in between public and private spaces, with strong and innovative energy, even with vintage connections.

On the 20th of October the first edition, recently the second happening, on the first day of December and a new project coming on February/March 2018. Thought as an ideas background, the December happening has been created by following a recipe that mixes expositive coherence and freedom of expression about form and contents.

There is space for photography with Focu, a stream of consciousness by images realized by Rosa Lacavalla, a passionate “serenade” to Sicily’s contradictions, “the burning land”, a tale about a trip experience and, at the same time, a strong reflection on a complex place, charming for its hidden beauties and its unknown dramas. A serie of portraits, burning landscapes with a feeble light in which sky, fire and ground are dialoguing protagonists.

It’s about human body the original photographic work created by Giovanni Scarantino and Emanuela Bucceri, Body recording and digital color images, a project which connects photography to the statistical world go graphics by melting different images in order to suggest an association between technical documentation and the one more specifically related to human body. The project, born to analyze the archiving process of photographic negatives, works on the formulation of a new photo-grammar.

Strong is the presence of art installations with Rituali Quotidiani (daily rituals) by Marta García Mansilla, a serie of works created with wires that, by using the opportunity of retracing a typical day of a common individual, reflects on the anthropological idea of rituality, on its meaning, and on every habit which connect and at the same time divide human beings. A coffee, a sigarette, a block notes are common “matters” and unique symbols of a precise moment in time.

Between painting and digital art is Il non palpabile by Giovanni Di Giovanni, a painting portraiting an incomplete sculpture in which the missing part is a small screen reproducing a loop video that refers to the concept of infinity. Aesthetically and conceptually sophisticated, Di Giovanni’s installation, perfectly collocated in the space of the house-gallery, has got a powerful hypnotic energy.

Hypnotic is also the last room of Maionese in which there is a dialogue between two different but powerfully “symmetrical” videos. In his Omaggio a Duane Michals (a famous visionary photographer), Giorgio Gieri, by using a serie of GIF, works on mental associations and matters of time, while Simona Saggion, with Red Velvet, reflects on violence. And her video is full of visual  perturbing and disturbing power.

During the happening, the performance duo PARSEC (Martina Piazzi and Sissj Bassani) gave a breath of fresh air with flooring irony and an interesting reflection on movement, gesture, body and on contemporaneity. Space to serigraphy with Impronta n.1 and Impronta n. 2 by Irene Belladonna who, clearly referring to Yves Klein’s Anthropométrie, gives to the shape of a body the meaning of a barrier line, abstraction and deformation. To complete the exhibition the illustrations of Roberta Muci, known in the underground background as Joe1. 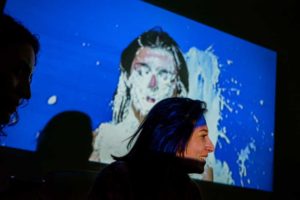 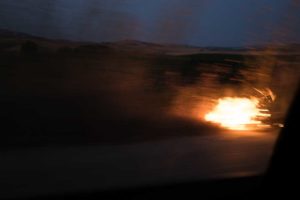 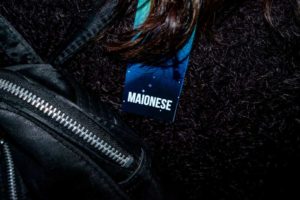 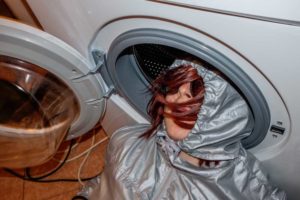