Brazil. Knife in the flesh at PAC in Milan

Brazil. Knife in the flesh at PAC in Milan 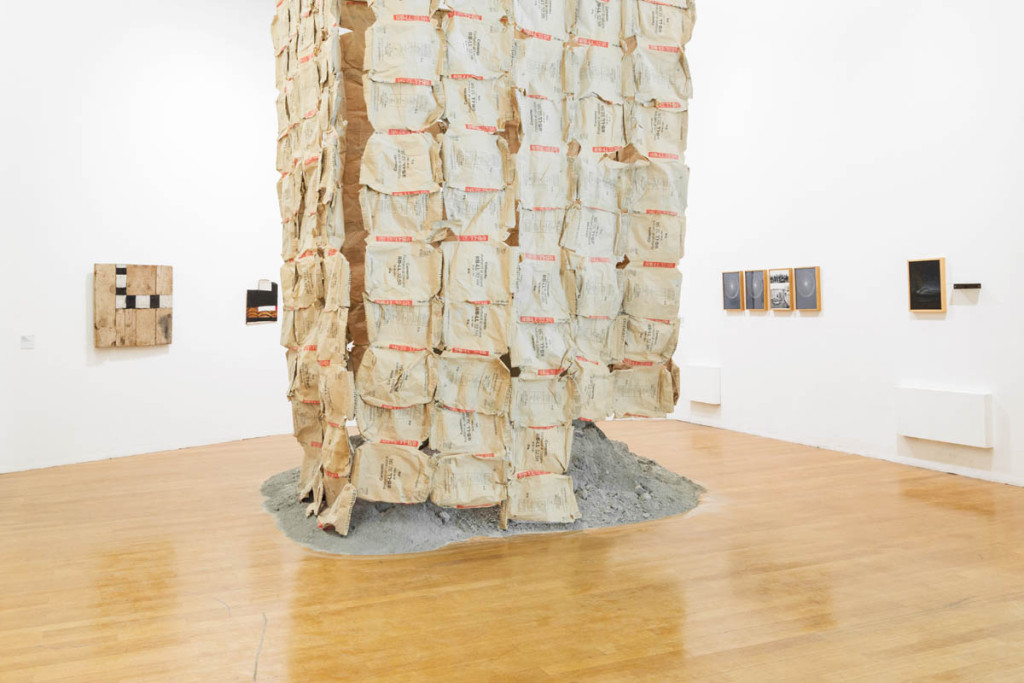 With the exhibition BRAZIL. Knife in the flesh, PAC in Milan continues to explore the non-European countries through contemporary art, a project started on the occasion of Expo 2015, by introducing until September 9th a selection of 30 Brazilian artists, active from the Seventies onwards.

Curated by Jacopo Crivelli Visconti and Diego Sileo, Knife in the flesh is the title of a play by Plinio Marcos, a writer active during the years of military regime, when the culture was used as an tool to descent into the minds and promote precise beliefs. A symbolic image to tell the deeper aspects of Brazilian culture, trying to dig into the dirt where art, theater, politics and literature meet and contaminate each other.

The result is a complex and rigorous exhibition that faces the challenge to present an accurate portrayal of an extraordinary and extended area like Brazil. The exhibition gathers together more than 50 works which are selected on the basis of two criteria: the chronological one, which led to a direct confrontation among artists of different generations, and the institutional one, which took as a reference point the major exhibitions and the greatest editions of the São Paolo Art Biennial.

On the same basis, at least one work produced in the ’70s or’ 80s is set in the middle of each room to deal with the latest production. The best example of this approach is given by the work Balance I, II, III of Carlos Zilio, in which the artist seeks to explicitly speak of the violence and repression he experienced in the late 1970s in Brazil and that, to this day – forty years later – moves a significant percentage of contemporary artistic production.

There are relevant works that define the Brazilian contemporary production, including the series Empossessamento by Mauro Restiffe, black and white photographs depicting the first inauguration of Lula, Witness, the minimalist installation by Daniel de Paula that invades the PAC parterre to talk about corruption schemes and scandals or, moreover, the video Canoas by Tamar Guimaraes which, through the charming architecture of Oscar Niemeyer, reminding us that Brazil is far from a racial democracy where classes coexist in harmony.

Works that, in the context of the exhibition, want to provide an insight into important, even decisive identity-building factor in the formation of Brazil as we know today, a docile, friendly and welcoming land, which reveals broken dreams and disappointed hopes of a people capable of keeping their optimism and trust in the future.

Meaningful is the work Education for Adults by Jonathas de Andrade. Starting out from the analysis of the teaching adult method theorized by Pedro Freire, he tries to give images the power to tell a story and people the ability to judge and decide what to see in those images. While retaining their modernist aesthetic the sixty posters make explicit the way concepts evolve.

To understand as well as possible the complexity of the country, workshops and performances are provided, including Untitled by Maurício Ianês, in which the naked artist is going to occupy PAC for two weeks, relying solely on the visitors’ aid to survive.

Finally, from 17 to 29 July the film festival Agenda Brazil will occupy the Cineteca – Spazio Oberdan with 16 feature films dedicated to Brazilian contemporary cinema. 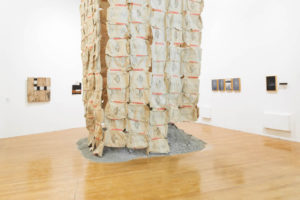 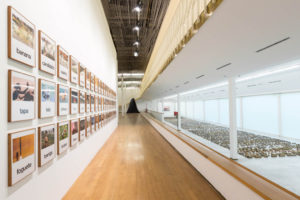 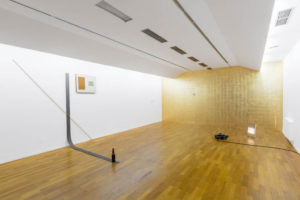 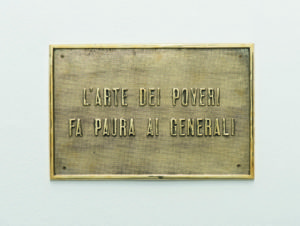 Ivan Grilo, The art of poor scares the generals, 2015