Carlos Luna on display at the Delano Resort in Mia...

Carlos Luna on display at the Delano Resort in Miami

“Painting is like a woman who will show you her body only if you offer her your soul”.

Considered one of the greatest talents of the contemporary art scene, the Cuban Carlos Luna nourishes deep respect for the pictorial process that, like a woman, he treats with kindness and seriousness. After touring various institutions including the Museum of the Neighborhood in New York, the Nassau County Museum of Art in Roslyn Harbor, the American University of Washington and the Banco de Mexico Collection in Mexico City, his works will be exhibited from February 26th to April 1st at the Delano Hotel of Miami Beach during the group exhibition “Espinasse 31 for Delano Miami”, organized by the Milanese artist’s residency Espinasse31.

The visitor will be faced with a visual narration, where bright colors and graphic forms dance on paper, are intertwined in a tapestry or are carved in bronze, all proudly rooted in the Cuban origins of the artist. The link between Carlos and the island culture is solid and optimistic. His point of view expresses innovation, renewal and pride for the forgotten rural life. The sculptures exhibited are:  “Gallo“, “l’Elefante“, “War Giro” and “Floretito” which will invite the spectator to reflect on their cultural heritage to shape a single artistic universe.

Revisiting these rural subjects as forgotten heroes, the artist is interested in what it means to be a guajiro (farmer) and to unveil the popular meanings that are hidden behind the symbol icons, like the image of the “rooster”. A reference point for the daily routine of the guajiro, the rooster has a central role in the Cuban tribe of the Yoruba and is considered primarily as a symbolic and physical manifestation of God’s protective presence and in the “fighting of roosters”, the popular institution of large communities rural areas, is associated with both the indulgence of rural life and with the Christian faith in the struggle against the power of evil and darkness.

Carlos Luna weaves these iconic images into his own visual narration, where the rooster is considered a bit of his alter ego. An image of a fighting spirit, able to face life with bravery and bravado. Another ritual, symbol of his art and visible in his creations, is the religious belief of the Yoruba tribe and the allusion to the spiritual heritage shared in this community.

Trying to find a visual form capable of expressing the complexity of the relationships between the concepts of ori (inner or spiritual head), edo (sacrifice) and iwapele (good character), elements at the base of this religious philosophy, Carlos uses the technique of tapestry to offer the public a clear understanding of the underlying religious concepts. By alternating vibrant and dark colors and creating a deep field of intertwined layers, the tapestry is an ideal mean of capturing details and its production process perfectly reflects the function of the human eye, which can see a wide composition from a distance. colored, but closely he will perceive the infinite abstraction of the individual colored threads.

Exhibited in the exhibition are two works of his tapestry series Jacquard Tapestry, “Sometimes” and “Heartbreaker“, made with Magnolia Editions in Oakland, California. Inside the details and the layers of fibers of the tapestry, his drawings animate a superficial texture with their jacquard effects, which surround the familiar images to create new syncretic effects that never lose sight of the traditions of the production process: ” In my work, every detail, every little space is the sum of many details, it’s like a skin, the more you enlarge the magnifying glass, the more details you’ll find below. The composition process begins with the preliminary sketches to prepare the ideas for the execution in the painting. A charcoal drawing on an Indian red base forms the structural basis of the painting. The surface of the canvas is constructed by applying layers of color in various phases of wet and dry stratification “.

Admirer of his origins, Carlos felt the need to start from his beloved Cuba in 1991 to find an environment, able to offer him more freedom and opportunities.
His engravings on steel plates and his productions of ceramic plates, created in the ancient workshop of Talavera in Puebla, Mexico, the second fundamental stage of his artistic process, testify to a new freedom and an unmistakable originality.

His decorative drawings and his calligraphic gestures highlight an instinctive, collective, social painting typical of Mexican muralism: “I lived more than ten years in Mexico and this marked my career and my life. I was born in Cuba and I’m proud of it; however, I freely chose Mexico as my country, for its customs, its traditions, its food, its ways and above all for love “.

Moving to Miami in 2003 for a residency project, his career has continued to expand and his boundaries as a painter to evolve. Influenced by the English pop art of Peter Blake, probably for his colorful, energetic and collage-like paintings and by Susan Rothenberg, Jean-Michel Basquiat and Jasper Johns for their strong sense of identity and originality, Carlos has broadened his views, still keeping an independent voice, distinguishable from other artists: “For me art must have a contemporary voice, but must be based on classical, traditional means: I respect photography, performances, video-art, but I want to pursue my career as a painter. My grandmother had a collection of reproductions of works by Matthias Grünewald, Andrea Mantegna, Diego Velázquez – these were my first contact with the history of art”. 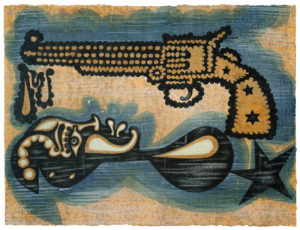 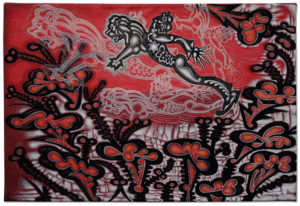 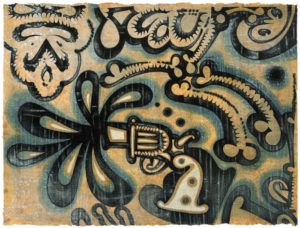 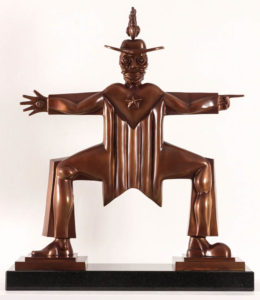 Passionate about art, fashion and design, Annaida has always felt the need to get away from her hometown to get to know new realities. She decides to enroll and graduate at the Faculty of Cultural Heritage in Parma but her character and curiosity for the unknown will soon lead her to move to Milan, London and America where she will work as an expert in Economics and Management of Cultural Heritage. Since 2014 she is also working as a freelance for some fashion and art magazines, including Juliet.