After the Lampi di design anthology of 2010 at the MAMbo spaces, dedicated to Dino Gavina (1922, San Giovanni in Persiceto – 2007) and the event of 2018 I cinetici, Dino Gavina e il Centro Duchamp, Bologna celebrates the centenary of the birth of the intuitive and visionary entrepreneur patron with the exhibition Cento % Dino.
It starts from the beginnings, which see him engaged as a stagehand at the Teatro La Soffitta, to the opening of an upholstery workshop in via Castiglione in which materials derived from military and railway supplies were reused, until the decisive meeting with Lucio Fontana in 1954, who introduced him to design at the X Triennale of Milan. On this occasion he will come into contact with «those good architects» (Achille and Pier Giacomo Castiglioni, Carlo Scarpa, Vico Magistretti, Enzo Mari) with whom he will establish a long professional association. In the following period, «the most emotional and impulsive of all the furniture manufacturers in the world», as the Hungarian architect of the Bauhaus Marcel Breuer called it, will inevitably change the history of design internationally: an emblematic example is the birth, in 1967, the Duchamp Centre designed by Castiglioni, a “meeting place, a laboratory where it was possible to do something to improve the lives of all” because “the ugliness and squalor of the little things we live in constant contact with (from the glass to the chandelier, from the ornament to the chair) put us in a state of constant discomfort”.
One of the stages of this widespread exhibition, which traces some salient features of his “ultrarational” universe whose purpose was to go beyond the rigid schemes imposed by the Modern Movement to «redeem the poetic heart of things» It is based in Palazzo d’Accursio. Here is installed the 1:1 reproduction of the “house in the house”, a conceptual space, but at the same time a real nest shaped like a habitable cube, that Gavina had built inside his apartment – still existing – in which to hide and meditate. Created thanks to the participation of his daughter Ilka Alessandra, and already presented at Milan Design Week, it houses a video of Gavina taken from the archive of the Teche Rai.
The itinerary continues in the evocative spaces of the Paradisoterrestre gallery, showroom and place dedicated to temporary exhibitions of art and design, inaugurated in 2018 under the artistic direction of Pierre Gonalons and located in the Quadrilateral area, to carry on that adventure started by Gavina with the homonymous brand, inherited in 2017 by the gallery owner Gherardo Tonelli. In these interiors, designed as if they belonged to the «house of a collector», there are the shots made by Margherita Cecchini in 2001 in her home and in the company of San Lazzaro di Savena, for the filming of a documentary by Rai Educational and mounted on the wall in modern light boxes, in a perspective that blends memory and aesthetics, in addition to the entire corpus of functional art objects that stand out on the historical poster of the 70s exhibited in the gallery, Ultramobile. To describe this project, Gavina presented it in this way: «It is not a painting, nor a sculpture, not even a piece of furniture. Ultramobile is an adventure and it is here to stay»: years later, the pieces are still in production. At Paradisoterrestre you can also admire the legendary surrealist table Trace that the Swiss artist Meret Oppenheim created in ’39 for Leo Castelli, then reissued in the ’70s by the company Simon, and baptized with the name of Bird-Leg table for its slender bird’s legs, for its slender bird’s legs, made of polished cast bronze with gold leaf top marked by the footprint of a bird, an object exquisitely dreamlike and disturbing; but there are also three iconic pieces conceived by Sebastian Matta: the MAgriTTA chair, a tribute to his friend Magritte that shows what are the two symbols that most represent him – the green apple and the bowler – Margarita, container opened like a daisy that becomes a throne with a tribal flavor, and Sacco Alato, born at the same time as the second, which consists of a lot of molten concrete and divided into two parts with large stones as feet. And again: Les Grands Transp-parents, mirror with elliptical shape with a cryptic linguistic game imprinted on the surface and designed by Man Ray; Fausto, a stool with anthropomorphic shapes in cast polished bronze by Novello Finotti, Surmounted by soft fur and Ron Ron by Marion Baruch, whose shapes synthesize the body of a furry pet, as the onomatopoeic title already anticipates. Finally, Le Témoin by Man Ray, an eye «that observes you with insistence in the house, when your conscience does not resist, then you overturn it and immediately turns into a sofa» as described by the artist himself.
This “piece of poetry” – «practical response to functional needs and totem evocative of wonder, presence that throbs and that breathes in your home, vital and sardonic aggression» – is located, on the occasion of CERSAIE, while faces enigmatic from the window shaped porthole, in what was once the historic shop in via Altabella designed by Carlo Scarpa in the 60s: an example of absolutely original architecture that fits into the pre-existing building structure respecting its context.

Cento%Dino will symbolically end on November 7, 2022, the 100th birthday of this “design tamer”; he who had written «subversive» on his business card, but – Sgarbi explains – «not in a literal sense… He does not militate in the ranks of the extreme left, he does not come from anarchist groups or terrorist organizations». With his particular vision of things, balanced between rational and surreal, he believed in the quality of the industrial product and in the combination of art and aesthetics, to restore beauty. «He has seen Hell; he cannot stand the average temperatures of Purgatory; he believes only in a Paradise. And he wants it earthly». 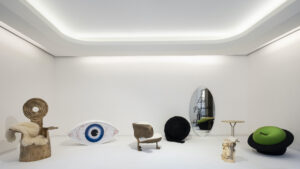 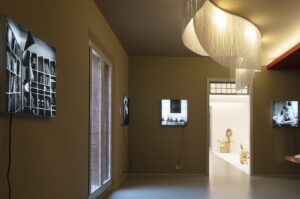 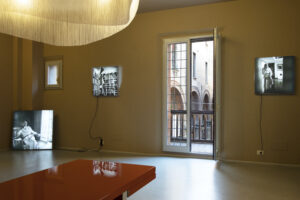 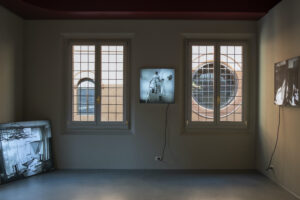 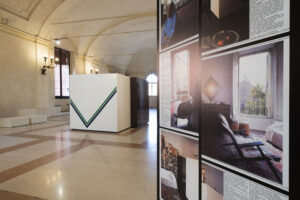 After classical studies, she enrolled at the Faculty of Letters and Philosophy in Bologna, graduating in History of Cinema (DAMS) and later in Art History. She obtained a Master in Communication for cultural enterprises. Journalist and critic, she collaborates with various print and online magazines specialized in the artistic and cultural sector, including Finestre sull’Arte, Segno, Exibart, Zeta-International magazine of poems and research, Punto e Linea Magazine, Gagarin Orbite Culturali. She loves art in all its forms, preferring modern, contemporary and research. 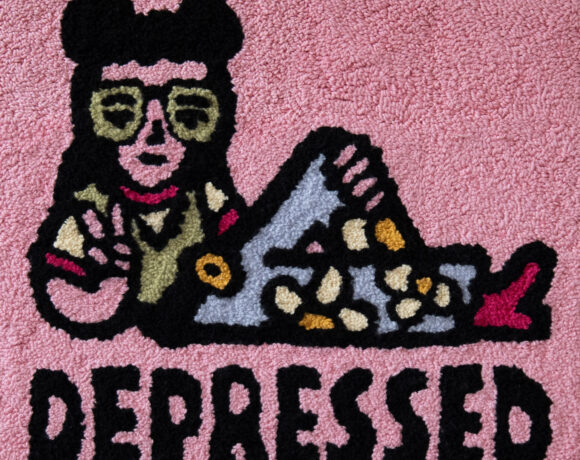 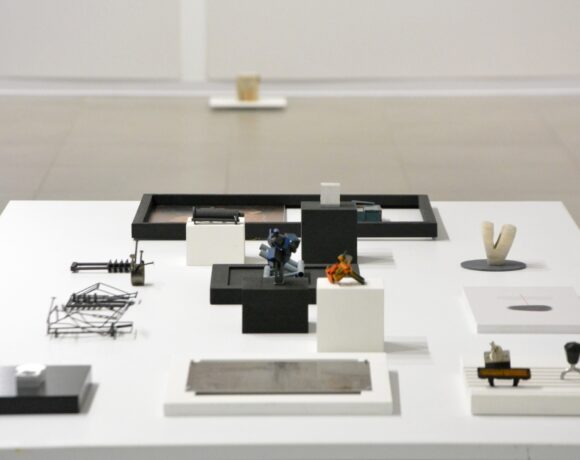 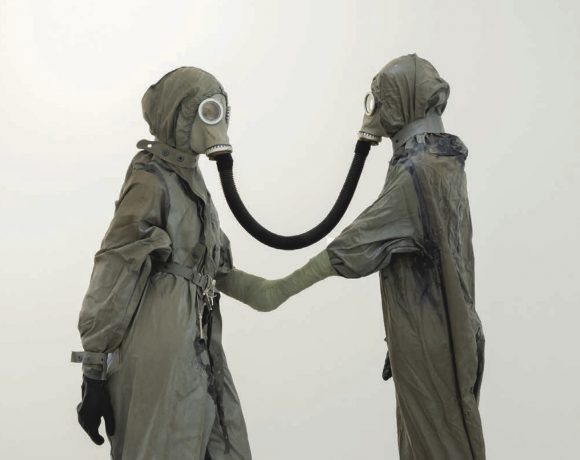