The rediscovery of the feminin..

co_atto is a project space founded at Porta Garibaldi train station in Milan by Ludovico Da Prato, Marta Orsola Sironi and Stefano Bertolini. On September 8th 2021 opened the first edition of the festival co_atto un_fair #1 – Ricominciare dal silenzio, in which the 18 showcases in the mezzanine floor host artists, designers and architects from Italy and their site specific projects. All of them gave a different interpretation of silence, seen like a place of encounters, so the public walking in the space of the exhibition can perceive inputs and relationships linked with a new reality.

The city of feelings presented by ECÒL is a tribal map that shows emotional effects over the individual sensations after pandemic: less contacts between people means a static contemporaneity and city, where they never meet or move to establish a connection.

Studio GISTO in collaboration with Alessio D’Ellena and Aeiou created L O U D, a strong installation that makes noise inside its window, filling it with an impressing presence for the visitor. On the other hand the space Giardino Project deals with absence, with a work by Veronica Bisesti, who reflects on the idea of isolation in silence like in the humanist studiolo. The artist presents an assemblage of a little photography of her studio inhabited by Christine de Pizan, French poet and writer from the XIV century, to create a contrast between individual meditation and the energy of protofeminist theories, in which this historical figure was involved.

The intervention of subtraction by Collettivo Damp is called Ediacara like the Precambrian organisms, because it’s related to their vision of our planet. Their hypothesis is that humans go towards a “becoming nothing”, gradually reducing their impact on reality like the black letters that gradually dissolve on a layer of red ground. A different possibility comes from ReA! Art Fair: Without Direction is a video installation by Fabrizio Narcisi, in which the artist imagined a world of the future, dominated by machines after the extinction of all species, reflecting on the pandemic effects and on the influence of man on nature in general. In this apocalyptic scenario, a computer from the 80s is the only one to survive, thanks to its ability to work without updates, unlike the most modern ones, leading to a supremacy of analogue over digital.

The showcase of the Archive, on this occasion hosts the same-named magazine, while that of the comic strip is invaded by the biting spirit of Cinicodesign.

Hermann Bergamelli from Spazio Volta has a quite primordial approach, so with Funes (2021) he gives life to a manifesto of his vision in accordance with the basic idea of the festival. Through a plastic accumulation of unlimited fabric, the window seems to dilate and fill, in a slow and indefinite motion: a calm surrounds our gaze, which enters into this new tactile dimension.

Studio ANDS investigates on silence and its value, including the contrast between active/passive or artificial/natural. The research on materials and the origins of man they did, shows the importance of a stone, an object of action and dynamic but also totally silent. The real rocks they observed are presented both in the form of 3D scanning and as a stratification in plexiglass but divided in half, representing an energetic force, that from a breaking event finds the strenght to restart its activity.

Ricominciare dal silenzio actually joins the line followed this year by both Designweek and Miart in Milan, confirming the need to focus on the present, and start from a new fixed point. Through the process of change that develops within a hybrid and independent space, co_atto becomes a generator of encounters and dialogues after a pause in communication. 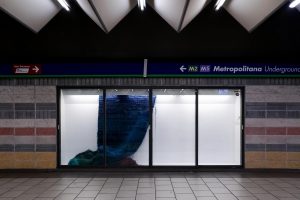 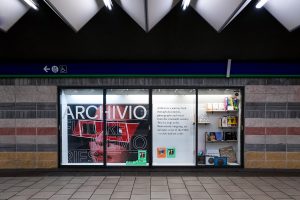 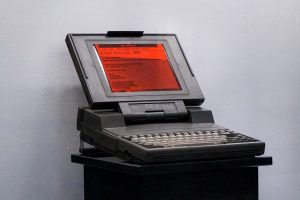