CODEX: the complexity of contemporary visual culture on show at CasermArcheologica

Starting from an assumption, one could say that the greater distinctive trait of contemporary artistic research is interdisciplinarity. This indicates not only the coexistence in the same artwork of several expressive means, but also the plurality of directions towards which experimentation in the field of visual arts is currently oriented, indocile to any statute.

Understanding the reasons behind so much diversity is undoubtedly one of the most urgent tasks of art criticism and exhibitions as the collective show Codex-frammenti di narrazioni visive, can represent a valid opportunity to solve some of the paradigms proposed by the present. The event, curated by Lorenzo Fiorucci and hosted in the spaces of CasermArcheologica that so renews the relationship with art criticism, delineates with these accents and thanks to the work of the artists Gian Luca Bianco, Giorgio Centovalli, Daniele de Lorenzo, Massimo Luccioli, Gianni Moretti, Antonio Ottomanelli, Alice Pedroletti, like a summa of diversified aesthetic positions that characterize the exhibition of a significant index of heterogeneity, reflecting in this aspect the miscellaneous composition of the ancient medieval codes.

In fact, the selected artworks reflect this attitude, ranging technically from photography to installation, from painting to sculpture, always accompanied by a recognizable attention to the materials and to the linguistic tools used. The evident variety, reached here through the selection of emblematic outcomes useful to argue the narration explicated by the exhibition, is expressed, in the single artwork, showing the autonomy of each author while, in the overall philology of the exhibition, allowing to see a shared operative subtext that, according to different modalities, can be found in the work of each interpreter, functioning so as a common denominator.

This is the practice of the fragment that is detectable, in the dissection of the photographic image, in the artwork of Gian Luca Bianco, in terms of disarticulation and reformulation of a textual apparatus, in the artwork of Giorgio Centovalli while, in the broken forms of a discontinuous texture, in the work of Daniele de Lorenzo. Massimo Luccioli provides a paraphrase linked to the material and full of metaphorical responses, Gianni Moretti disseminates the components of his installation in the surrounding space offering a fragmented overview, Antonio Ottomanelli divides the reading times of a series of photographs placing them like a quadreria emphasizing the sense of unity and division while, in the most abstract and synthetic meaning of the term, the fragment is found in the sculpture by Alice Pedroletti.

The overlap of styles – although reasoned – practiced by Codex-frammenti di narrazioni visive, finds an ideal place at CasermaArcheologica in Sansepolcro, a place that is already very detailed in itself and therefore distant from the canonical “white cube” to which so much contemporaneity has got used us to, being an example of the osmotic relationship between past and present. The exhibition, opened last May 18th and included among the initiatives planned by the Municipality of Sansepolcro for the 500th anniversary of the death of Leonardo da Vinci, will be open to the public until September 13th; enjoy your visit. 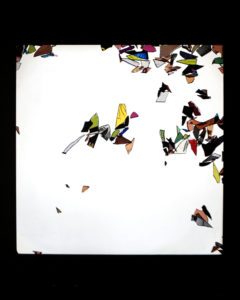 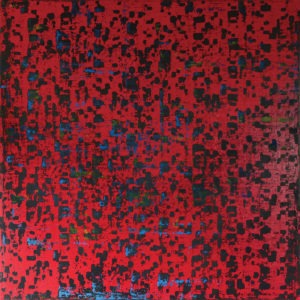