Correspondences and contrasts in the works of Fran...

The shield of Achilles. Emanue..

Correspondences and contrasts in the works of Franco Fontana. The synthesis of a career

The exhibition “Sintesi”, curated by Diana Baldon and open to the public until 25th of August in the historic center of Modena, offers the viewer the opportunity to deepen their knowledge of an artist who was born and lived in Modena: Franco Fontana.

The exhibition hosted in three different locations, easily reachable on foot, allows the visitor to fully enjoy the fascination of the Emilian city, with its warm-toned walls and its peaceful views; besides analyzing, from three different points of view, the photographic path of the artist.

In Palazzo di Santa Margherita, first of the three stages, there are some fundamental photographs to identify two of the recurring motifs in his experimentation: everyday life and urbanization. It is the reciprocal influence between these aspects that seems to bring out a veiled critique towards the individual and his loss of individuality. We are witnessing an irreversible process of homologation which, in Fontana’s works, is emphasized by the use of characters without faces or evanescences, whose presence is given only by the projection of their shadow on the surfaces they meet.

Thus the danger to which man is going by imposing himself on nature and in his desire to force the rhythms, becoming more and more frantic, takes shape. A danger that, having developed over the decades, allows the establishment of correspondences and contrasts between chronologically distant works.

This is the case of “Autostrada” (1975) in which the urban landscape is imposed on the natural one. What remains is the crown of a tree that the viewer, prevented from observing by a barrier, can only imagine in its entirety. From a viewing perspective, the work seems to contrast with “Kuwait” (1979), where perceived oppression fails due to the free horizon in which to get lost.

Or even of “Urbano” (1979) where the construction of plants and factories takes over, changing the habits of citizens and the organization of their day. This work is contrasted with “Piscina” (1984) in which dominates, instead, the moment of rest, increasingly rare in a society centered on productivity.

It is interesting to note that, among the various photographs presented here, there is also continuity from a chromatic point of view. There is a preponderance of blue in the works that go against the convention, the habit; a dominance of red, black and gray in the series dedicated to urbanization.

Color appears as the first innovative aspect in Fontana’s artistic research, already starting in the 1960s, a period in which the use of chromatism was not conventionally considered “artistic”.

The second is the use of geometric compositions, recurrent, above all, in the rooms of the second stage of the itinerary, the Palazzina dei Giardini. Examples are “Asfalto” (1968) and “Emilia” (1985), two works in which the pair of triangles dominates the entire surface, establishing an evident contrast between urban and hill landscape.

Between geometry and color there is a strong bond, capable of giving incisiveness to the artist’s photographs. This can be seen markedly in a work like “Spagna” (1985). The decision to use different chromatic gradations, for each section of lines drawn, guarantees spatial depth, otherwise missing, to the representation.

The absence of depth is motivated by the use of a flat perspective, evident above all in the New York image from above. Here palaces, as well as pedestrians and machines, are reduced to essential geometric shapes (squares, rectangles). The viewer, no longer above the skyscrapers, has therefore the possibility to change his observation point.

The experiments and the technical devices used make Franco Fontana one of the artists who has been most able to distinguish himself in the contemporary context, as a guide for the evolution of contiguous photographers.

For this reason, the exhibition ends at MATA, a place of preservation of his personal archive. Photographs that the artist has exchanged, over the years, with Italian colleagues and others, thus demonstrating the strong relationship of influence established between them. This is the case of Mario Giacomelli and his work “Paesaggio”; or by René Burri and the combination of color and geometry created in “Cuadra San Cristóbal, Mexico City” (1976). 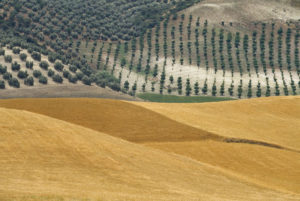 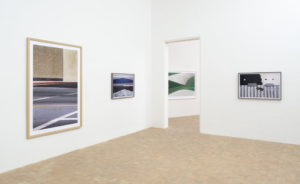 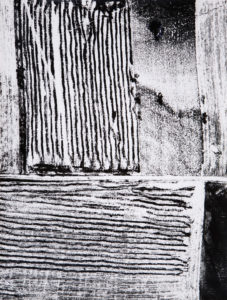