Santarcangelo Festival 2019: get lost to find your...

Santarcangelo Festival 2019: get lost to find yourself

The 49th edition of Santarcangelo Festival began last weekend; the show of visual and performing arts brings to the public space and to unusual places in the area some of the most innovative proposals on the international art scene. From 5 to 14 July the small village of Romagna turns into a cosmopolitan oasis, in an incubation space where the artists and the public share an experimental reflection on the complexity of our present in a mutual exchange of energy and emotions. The mantra of this year, identified by the artistic direction of Eva Neklyaeva and Lisa Gilardino, is Slow & Gentle, an invitation to slow down to allow oneself the “luxury” of experiencing pleasure and freeing from the pressures of an increasingly frenetic contemporary, to enter in contact with the other and with the most authentic drives of the self. The varied proposals of the Festival, which range between the different horizons of performance in the name of contamination and interdisciplinarity, accompany the spectator in a path of liberation and dream, but also of conscience and ethical stance.

The last two features are without doubt represented in the video installation Liquid Violence. The Crime of Rescue – The Iuventa Case by Forensic Oceanography (Lorenzo Pezzani and Charles Heller), which can be visited in a container room in the center of Piazza Ganganelli, the logistic heart of the Festival. The project investigates the Mediterranean militarization regime after the interruption of the Mare Nostrum rescue operation, replaced with a border control called Triton. In the absence of assistance programs led by the United States, crossing the sea has become increasingly dangerous and for this reason NGOs have taken on a fundamental role in saving thousands of lives. Since the end of 2016, some European politicians and media have accused NGOs of collusion with traffickers in facilitating the illegal entry of migrants into Europe. This campaign coincided with a wider attempt by Italian and European politicians to prevent migrant crossings at all costs, including by initiating judicial investigations against NGOs. By combining photographs, videos, recordings of verbal communications and logbooks, the artists create virtual dynamic models and 3D reconstructions of the incriminated episodes to bring out a different version of the facts. The aseptic examination of every detail by a calm digital voice makes us reflect on how the truth can be commodified and manipulated even in the era of hyper-technological and virtual control. The video establishes a tacit analogy between the pitfalls of information flows, which risk swallowing in their engorgements what really matters, and the hostile waters of a strip of sea in which no action is politically neutral and the most basic human rights are hostage to abstract power dynamics.

The same surgical approach based on the overwhelming plainness of documentary evidence is adopted by the Public Movement collective that in the Debriefing Session performance: Santarcangelo Festival, conceived as an individual and confidential conversation between an actor and a spectator, explores the relationship between the art system and State ideology. It takes as an example the Israeli government’s programmatic concealment of modern Palestinian art to illustrate the factious thesis that before the establishment of the State of Israel there were no significant cultural events in the area. The story reconstructs the gaps in official history following the traces of some paintings of unknown location made in Palestine before 1948 to reflect on the role of museums in the production of national identity and on the role of art as a propaganda tool. The reconstruction of the processes of cancellation and the sporadic outcrops of works that live in the diaspora of the black market and private collections shows that the governments use culture as a tool for normalizing the wounds of history, triggering a wider reflection on the ideological implications of the circulation of information in the world.

The partiality of the media images and the perverse relationship they establish with a audience tendentiously placed in the position of spectator of the pain of others are at the center of the performance Guilty Landscapes by Dries Verhoevn. Accessible by one person at a time, the interactive video-installation takes us in solitude to the heart of the most uncomfortable situations of our globalized contemporaneity, leaving the naked and defenseless visitor in front of their unpredictable proximity and interference. For a moment it seems to overturn the relationship between the beholder and the observer, without any objective certainty helping us when the disorientation becomes overt. The fact that the news, thanks to television screens and today also to the internet, is spread everywhere “does not mean that the ability to reflect on the suffering of distant people has grown significantly”, wrote Susan Sontag in Regarding the Pain of Others (2003). Guilty Landscapes tries to shake the moral and emotional anesthesia of the viewer with an exchange of roles with an uncertain outcome, in front of which it is impossible to remain indifferent.

Absolutely not to be missed is Sparks by Francesca Grilli, an action that overturns the usual relationship of subordination between childhood and the adult world. Here each viewer will have to rely on a child who chooses him by taking his hand and guide him to discover his own anxieties and future, but also his own (perhaps) still unexpressed potential. The performance, in my opinion one of the most moving of the festival due to the oxymoric mixture of tenderness and power, manages to establish a truly authentic relationship with the public, disarmed by the playful lightness and impeccable professionalism of the small actors. We leave the room reluctantly, comforted by the hope that something good can still happen if we have the courage to face life with an independent thought and with the enthusiasm of those who are not afraid of the future.

Humor is one of the most intelligent keys to penetrate reality and Silvia Gribaudi give us another demonstration of it. The Graces show, freely inspired by the mythology of the three graces Euphosyne, Aglaea and Thalia that radiate splendor, joy and prosperity, sees her as a protagonist on the stage together with three dancers. In a relentless succession of dances, tableaux vivants and comic scenes, the quartet seeks (and obtains) at all times the complicity of the spectator, involving him in a eulogy of imperfection and individuality. The essential and conceptual scenography accompanies the frequent changes in the register of the performance and underlines the ability of the artists to enter and exit with naturalness from the scenic fiction to question themselves and the public on questions of gender, of homologation and role in a continuous construction and denial of certainties. Among intended afterthought, self-mocking celebrations, lyrical interludes and unsettling suspensions, the clear awareness that “beautiful is the place where the gaze rests” rises.

We conclude this partial preview of Santarcangelo Festival by pointing out the performance Kiss by Silvia Calderoni and Ilenia Caleo in which 23 performers kiss continuously for the entire duration of the event. Protected by the aura of Andy Warhol, who in 1963 shoot a movie of the same name that presented a succession of close-ups of friends and artists of his Factory engaged in sweet loving effusions. The film, which anticipated the great American social movements such as the Civil Rights Act (1964), the end of the prohibition of mixed marriages (1967) and the Stonewall revolt (1969), challenged the prohibitions and morals of the time also showing gay couples and a couple made up of a black African American and a white American woman. In 2019 the two choreographers wonder if a kiss can still be a manifesto of freedom and harmony, delivering this question to the public and to the joyful and colorful love pollination carried out by the young performers. 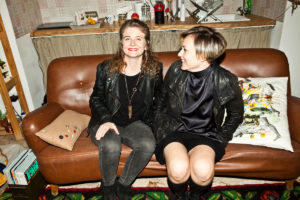 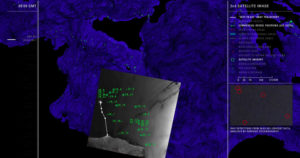 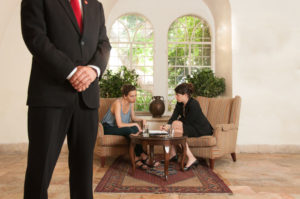 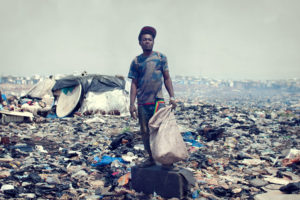 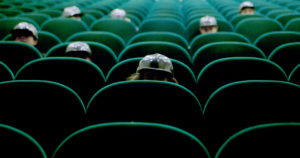 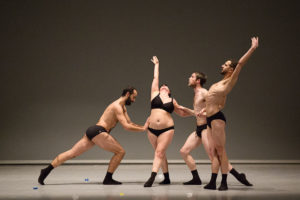 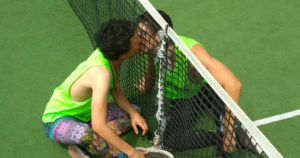