I met Davide Mineo inside Schema Plastico, the site-specific work that he recently presented in Palermo, at L’Ascensore project space. We talked about it a lot before. But only there, precisely inside, in the meantime, was all the desire to live the founding experience unleashed, the one through which we can perceive ourselves inside and out, representation and direct experience.

Davide Mineo: We live in the age of domestication, there is no longer an anthropocentric vision of the world: it wasn’t an ideal vision because clearly the human being has never been the center of the universe, but today man no longer exists as a sentimentally active individual, and consequently his thinking too has become flat, non-existent and dominated by inconsistency, or rather, by an illusive materiality. Art has always been a plastic entity, capable of changing following the human needs; my doing and, consequently, being an artist today is a form of resistance with respect to the intangibility of this era, man is already outdated, my only thought, my only essence would not be enough, I need to do, create ideals , create physically concrete works. I have thought a lot about the term “bivouac”, about how painting, or more generally the artistic object, can be my “camp tent”, but I realized that this is not exactly the case, it is not me who creates my environment, but the work as a concrete manifestation of an essence creates its bivouac, its environment useful for living, something that my thought would never be able to do independently.

Elsa Barbieri: When you tell me that today man, never the center of the universe, is no longer sentimentally active and with a flat thought, I relive an image that I slowly drew during my first lockdown: a still man to a window intent on trying to focus on a very poor definition panorama. I don’t want to lead you to a reflection on the pandemic and the trans-pandemic, but I find that your proposal goes in the most concrete direction we need. That is to give back to the body (whether human, material and environmental) its role in the aesthetic experience. For days, referring to the definition of monument that you have taken from Gilles Deleuze, I have been thinking back to his idea of ​​difference, a key to our new identity. You gave me confirmation of this thought by reflecting on the term bivouac and tying it to your firm intention not to be the one to create the environment but to let the work itself do it. A dimension of extraordinary incisiveness opens up, in which the difference is naturally undermined.

DM: (…) The title of the work will be: Schema Plastico. Plastic from plasticity understood as the ability of the brain to modify its own structure. Scheme as a simplified model compared to the more complex reality of a problem.

EB: Among your notes it struck me a lot that silence is a living thing. Wow, I think back to when you wrote me your idea about the era we are living in. An era of domestication of experience. What then is a very noisy era in which we almost have a phobia of silence. I believe, like you, that it is by no means synonymous with emptiness or ruin or lack. Indeed it is wealth and above all it is a relationship for me, which is given in a relationship with the surrounding. In a certain sense, what we said to each other returns a little, presence and absence that mutually support each other. I really like the title. It is subtly oxymoronic and well reflects the urgency that in my opinion distinguishes our ways of being, not just of doing. We are looking for and always want schemes, which you rightly write to be simplified models. We need a scheme for everything, to be and to do. Almost like protections, guarantees. But precisely when we have it, perhaps even precisely because we have it, we seek and want plasticity, what you write to me is a capacity of the brain to adapt its own structure, but also that with which we try to model something that is outside us and seemingly ungovernable.

DM: I am very attached to the ability to “be”, of course I am an artist who does and it is a fundamental value for me, but I am also convinced that art is first essence than action, doing must exist but it is a consequence of being. These notes are in fact a graphic elaboration of an essence, mine, and blocking them by making them tangible allows me to observe them and therefore to observe myself.

EB: First of all tell me, how are you? You are happy? I see that Schema Plastico does not overwhelm the viewer or distort the space. I think that the reflection of the bivouac was never more appropriate, because the work welcomes, envelops and needs everyone and none of us. It has its own life, but only when we participate, when we experience, all the differences that make it unique are installed. You go back to giving the body, both human and environmental, the leading role of the aesthetic experience. You validate the importance of the body in recognition and you let the experience emerge through a figurative model that gives the possibility of discovering and recognizing, each one’s own impressions within a unitary image that I believe is iconic of the gap between the external form of the circumstances, marked by an order that regulates and supervises everything, and their actual interiority. Last but not least, a curiosity that you will satisfy. Why purple?

DM: I am fine and I am very satisfied with the exhibition and the work. As for purple, it’s a color I’ve used before. In this case it reminds me of ectographic paper, that is the modern version of carbon paper, a copy paper whose main “task” is to record intentions, which this work tries to do in all its forms. To conclude, I am very attached to beauty as an ideal to contemplate and this violet is certainly beautiful.

The first time I saw Mineo’s works I thought they were “instinctively studied”. I told him, it was his strong point. Schema Plastico is not only that, it has a strong, dynamic rhythm, not exactly between full and empty but realistically between sculptural form and pictorial gesture, which unravels between moments of strong concentration and pauses of deep reflection. It is a work to be experienced, in which to enter when it looks like a tent, from which to be transported to that angle from which it looks like a ship. Because it is from inside that you realize you are not in control of the movements at all: the work makes you move and look without the frantic search for meaning. Because Schema Plastico does not mean, Schema Plastico participates, conducting the action in the more or less narrow margin, but densely rich in possibilities, which opens between the preordained and the contingent, that is the environment it creates and the opportunity to every single interaction. 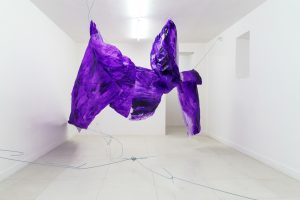 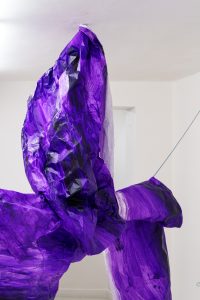 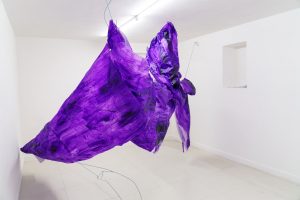 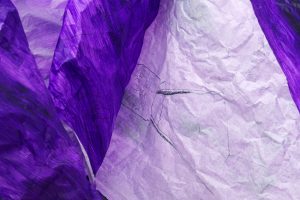 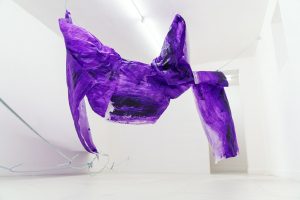 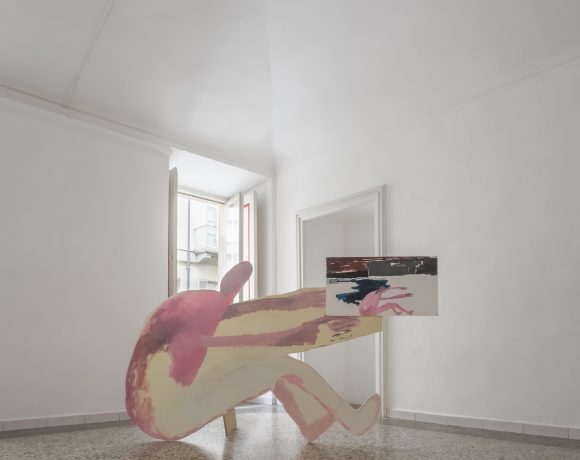 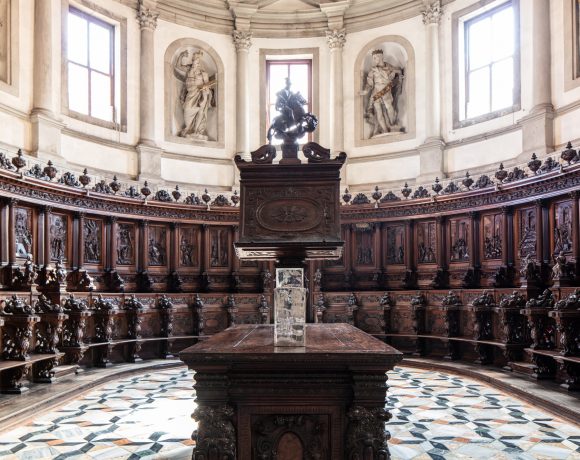 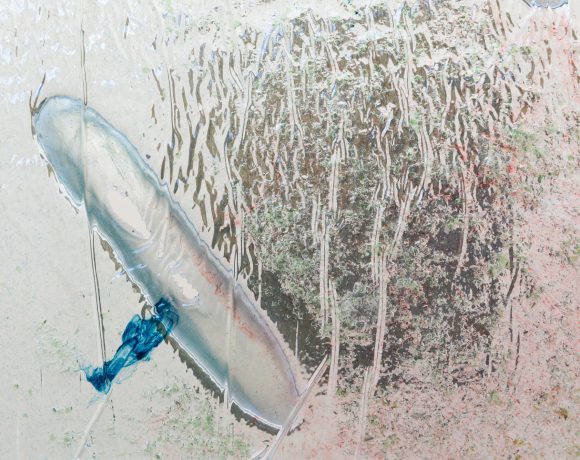 Ibidem at pianobi. The terrestrial theophanies by Marco Emmanuele