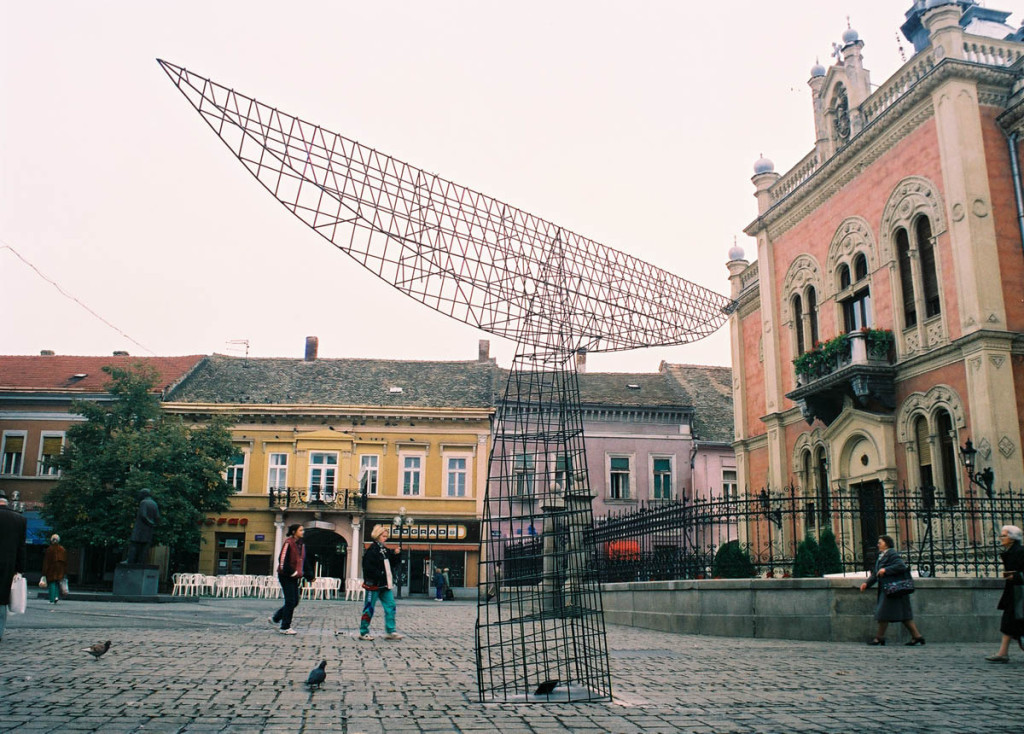 Krnajski started his engagement in the institutions of the system in 1998 – he was elected president of ULUS and works on the expansion, systematization and legalization of free-lanced artists rights and improvement of their legal status.

In the period 2000 – 10, Krnajski had two solo exhibitions on which he presented the artworks made in art colonies near the glass and paper factories (Belgrade Cultural Center gallery) and the artworks that directly or indirectly related to his engagement in cultural institutions (the exhibition Houses for Fireflies, Block Gallery).

Although the interest in the motion of an object in space dates back to the very beginnings of Dragoslav Krnajski’s artistic creativity, it has been only during the last years that mobiles and their specific interaction with both the space and the observer become the focus of this artist’s research.

Krnajski’s mobiles are elegant, reduced, sophisticated sculptures of metal with a central axis of rotation, purified geometric shapes and a reduced colour that corresponds to the natural colouration of the material – stainless steel and copper. Like most of his artworks, Krnajski creates mobiles by the repetition of the same elements – modules, in this case, copper sheets that end up half-circularly from the bottom, recalling the fish scale or fine feathers; steel bars and wires shape the composition frame and/or skeleton that carries the copper modules. The basic form of his mobiles is geometric, 2D – the arc/segment of the circle (Sail), a square placed along a diagonal axis (Lighthouse). Besides the air flow which induces triple motion (the movement of the primary, 2D composition, movement of its segments and the movement of the modules in the space), a considerable role in the changing appearance of the mobility also has the light that, as the day goes by, reflects differently on the surfaces of different sizes covered with copper sheets.

Dragoslav Krnajski does not tame forces of nature, the sun and the wind, but he plays by introducing into his sculptures natural factors that cannot be controlled; his artistic task is to achieve the visual harmony of the unit and provoke the experience within the observer. By introducing the motion, as one of the basic parameters of life, he emphasizes the difference between the living and the inanimate. Like other of his artworks set in spatial urban cores, Krnajski’s mobiles become solid visual references for the time and place they were created.

For Dragoslav Krnajski, artistic creating represents a mind game that does not stop upon the sculpture realization, but continues during the artwork placement in the space (or different spaces), by choosing the desired relationship with other artworks and/or space elements, by monitoring its life in the world among the audience – by considering  the relations between the artwork and its surroundings, the manner in which the artwork influences the change of surroundings and the way in which the audience perceives these changes. 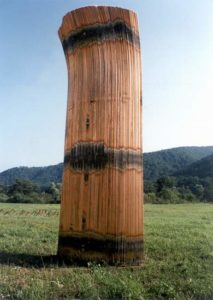 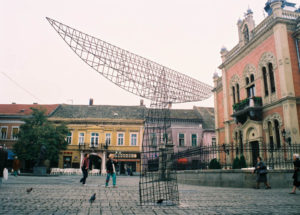 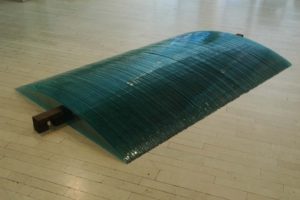 Graduated Art history at the University of Belgrade, Faculty of Philosophy. Former curator and a member of in Lucida Gallery art council. One of the founders and director of the association for the development and promotion of contemporary visual arts ART-ZOOM. Lives in Belgrade, Serbia.