Art and Architecture of listen.. 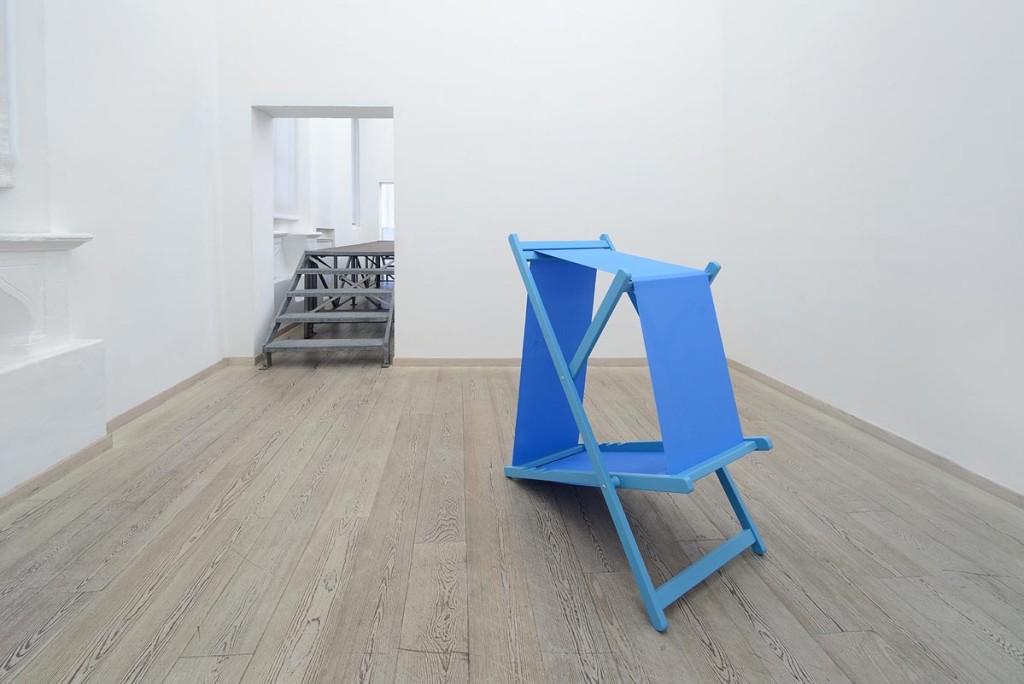 Sculpture is construction, it is the manipulation of materials and objects, it is the creation of new physical and mental spaces that fragment or dilate our perception of reality provoking doubts and unveiling interspaces of meaning otherwise destined to remain hidden.  In the era of virtual dematerialization, sculpture has also taken charge of withdrawing tangible artifacts from our history and our daily habits to rework them and keep them in poetic forms that are able to respond to the innate human need for concreteness and to satisfy his equally rooted desire for escape. The sculpture therefore, despite being subjected to the unavoidable physical laws that govern matter like any other element of the real world, succeeds in insinuating flaws in the rational consideration of things, opening gaps on unsuspected alternative universes ruled by transversal logics, unstable balances and visionary paradigms. The tension between the irrefutable presence of sculptural materials, which imply the physical involvement of the artist who shaped them, assembled them, forged or shattered them, and the immaterial semantic field that their mutual relationship manages to generate is at the origin of the ambiguous charm of the most up-to-date results of contemporary sculpture.

The work of Giovanni Termini (1972, lives and works in Pesaro) is an emblematic example of how the interpenetration between these two aspects could be reflected in a very personal vocabulary of rigorous but free forms, which reject the sterility of a forced conceptualism as well as the winking at an easy compositional artifice. His research makes use of ordinary materials usually related to industry and work (such as wood, steel, glass, tubes, nylon bands, belts, springs, Plexiglas and polystyrene) that are reworked and merged into compositions of paradoxical immediacy. The artist’s gesture is carefully calibrated to blend in the materials and objects on which he chooses to intervene as if the artistic operation were a simple sampling aimed at ascertaining the latent contradictions that their structure implies. In reality, the refined construction of discrepancy that animates his interventions is a conscious exploration of the power relations between the specificity of the material and the evocative possibilities of the shape that are challenged to clash in environmental installations in which the exterior integrity of the structure is always contradicted by ironical conceptual aporias that destabilize the center of gravity. The spectator, physically and mentally involved in the reconstruction of the internal coherence of the system, is thus invited to confront the precariousness of his certainties and to discover new creative stimuli in the disorientation that derives from it.

The exhibition (General Criteria) for Safety, open until June 17 at OTTO Gallery in Bologna, is designed as a trap that forces the visitor to experiment his own notions of fear, danger and limitation through playful mechanisms that pretend to be inoffensive. The exhibition path opens with the diptych Rasenta una distanza, composed of two pairs of panels next to which a ladder rests. The assembly, which at first sight suggests the temporary stacking of construction objects, is the result of a process oriented towards creating an open situation. The ladder, in fact, previously hooked to a pin fixed to the center of the panel and used as a spatula to lay a circular track of quick-setting cement on the surface of both elements of the diptych, once its function as a pictorial tool is exhausted declares the instability of the composition with its erect or lying presence. The color of the panels that support it (yellow in the case of the vertical scale, gray behind that resting on the ground) pretends to point out the different degrees of danger of its position while diverting attention from the sharp protrusion of the central pin, in both cases the only potentially blunt element of the composition.

The misdirection continues in the Limite in sicurezza installation, a concert stage that recreates on environmental scale a violent urban guerrilla scenario of which the artist witnessed in Caracas during a residence. In protests that almost daily enlivened the streets of the Venezuelan capital, the manholes were torn from the road to be used by demonstrators as a shield against the assaults of law enforcement and the holes that remained open were later filled with recycled materials to warn of the danger. In the same way, Termini creates a break in the raised floor on which visitors are invited to venture, but the materials that accumulate inside the manhole to prevent falls are just the safety guards normally installed along the outer perimeter of the track to protect against possible accidents. The perception of danger, which comes when it is too late to prevent it by renouncing the expedition, forces the public to reflect on the fallacy of the fixed points to which man clings, arousing an existential reflection that in sharing becomes experience.

Once the obstacle is overcome, the last exhibition hall is accessed, where Ipotesi, a sculpture born from the re-elaboration of a beach deck chair, seems to promise a refreshment that will prove impossible: manipulated to take on an impracticable form, it shows once again the infinite ambiguity that hides behind appearances reiterating that it makes no sense to try to stem the disorientation by taking refuge in the obvious and that perhaps the only way to really protect ourselves is to accept the danger as a precondition and symptom of being in the world. 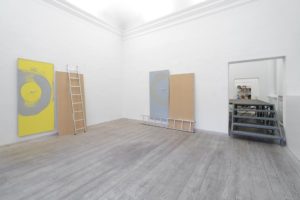 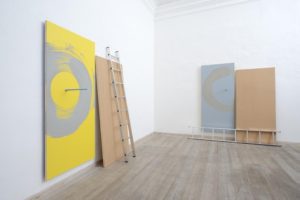 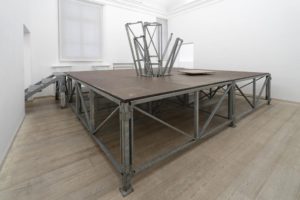 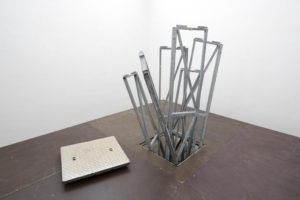 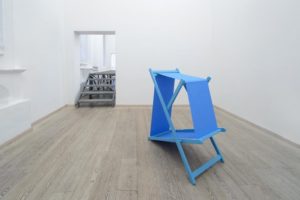 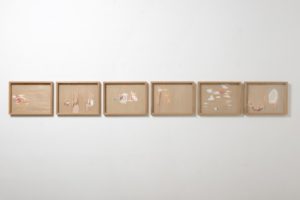