Existentialism, metaphysics and neorealism exhibited at Gam in Turin

“..Superhuman silences and deep quiet.” These were the existentialist feelings that wound Leopardi, intended to gaze at the horizon from the hill of “The Infinity”, and those are exactly the same feelings that are perceived observing some of the photos exhibited at Gam in Turin in the show  “Suggestions of Italy”, open up to September 23 of 2018.

These perceptions are not only referable to the jobs of Mario Giacomelli, inspired indeed all by “The Infinity” of Leopardi or those belonging to the series “the snow’s time”, of the same photographer, and reported to the poetry of Francesco Permunian, but they also return bossy in the “Tears”series  by Mimmo Jodice. The modern and conceptual action, anticipated one decade before by the spatial art of Lucio Fontana in his pictorial works, which was direct to subtract the artwork  from the physical and static limit, is here reinterpreted by Jodice. The light plays again a symbolic and metaphysical role in the description of the photographed landscape, in which the photographer, with the action of the rip, intervenes introducing more layers of reality, eluding, in conclusion, the stillness of the shot itself. Those were complex photos to realise- told Mimmo Jodice- referring to the shooting with Kounellis. More than the expectation! In fact, the Greek artist wanted to be photographed on a boat of a certain type, in fact the series would have taken the name “Trip to Ulysses” and it would have represented a sort of return to Ithaca. Unfortunately, on the fixed date for the shooting, there was a big storm, and both got wet!

The landscape also is predominant in the work of Franco Fontana, which realises overlaps of several shots, as in the  “Landscape” or “Imaginary Landscapes”series. In them the photographer alters the colour during the shooting getting some suggestive chromatic contrasts to reach a surrealist space and an unusual plasticity.

The metaphysical study of the plans and the urban perspectives declined in intense staircases of grey, got with the aid of the optic bench, is the expressive code of Gabriele Basilico. The outskirts and the cities reveal themselves as anonymous places, the urban landscapes take form with precise perspectives and accidents, the photo is circumscribed to a clean and rigid space. The photos of Bruna Biamino and Enzo Obiso, both related to natural landscapes,are in perfect antithesis between them. The first concentrated on ample exposition times that produces lightly images without time, the seconds in which the outlines of the places rose from the deep dark of the image.

Obviously, being the temporal arc of reference of the show very ample, close to these contemporary, dreamlike and sometimes minimalists visions of the landscape of the cities, in exhibition other photographers have described with different eyes the Italian’s daily life.

In Gianni Berengo Gardin, for instance, the described reality, even though with neorealist inspiration, is strongly stylistically characterised by the presence of elegant places and characters, that interpret a fundamental role for the work as they were actors. This is the case of the photo “Venice in Vaporetto” (1960), sold by Sotheby’s for 30.000 euro in 2012, and in which a wise game of mirrors creates a surreal image, but clearly descriptive of the moment in which it wastaken. Other works in show belong to Ugo Mulas, Uliano Lucas, Luigi Ghirri, Aurelio Amendola, Ferdinando Scianna, Nino Migliori, Mario Cresci who also interpreted with an original point of view and artistic sensibility the historical changes of Italy, from the daily life in our country, to the social confrontation in the factories, to the evolution of the urban outskirts.

At the end of the exposition path emerges an interesting sampling of the history of the Italian’s images, of its culture and of the role of photography in our country. It can be perceived, during the whole itinerary of the show, the important influence practised by the pictorial and poetic tides of the period in examination on the stylistic evolution accomplished by our photographers, which absolutely acquire an artistic maturity of level, if compared to similar international photographic experiences. 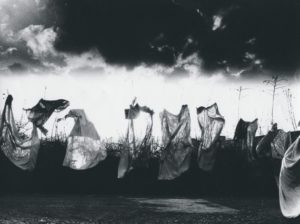 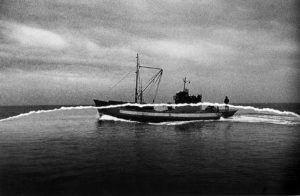 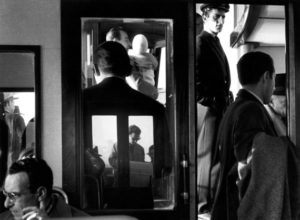 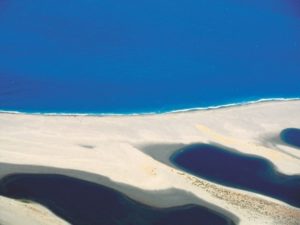