Two artists beyond the surface.. 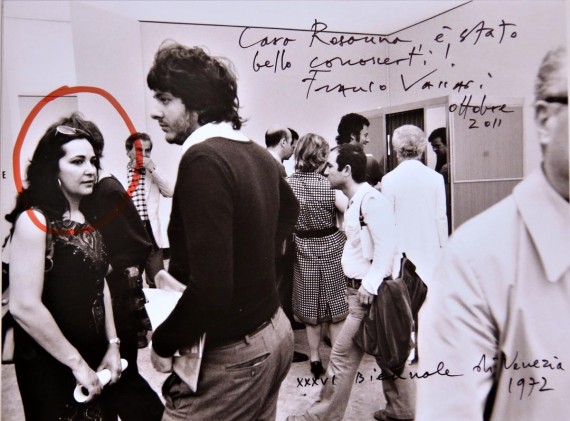 The MAMbo Project Room, a space reserved for temporary projects dedicated to the artistic excellence of Emilia Romagna, will host a retrospective until September 16, focusing on the multifaceted figure of Rosanna Chiessi, gallery owner, publisher, collector and patron of events that between the ’70s and ’80 brought the most up-to-date international avant-garde research to Reggio Emilia with particular attention to the performative and behavioral field.

Born in 1934 by a family from Reggio Emilia, she began to take an interest in contemporary art, almost self-taught in the late 50s, and between 1962 and 1965 she managed the gallery Il Portico with a friend, where they exhibit some the main Italian artists of the second half of the twentieth century as Carlo Levi, Rossano Naldi, Ernesto Treccani and Renato Guttuso. In 1968 she divorced from her husband Otello Montanari, exponent of the Italian Communist Party and deputy in the III legislature of the Republic; a year later she met Joseph Beuys in Düsseldorf and she was struck by his ideas of freedom of expression and boundless creativity, which would forever change her approach to life and art. Since the ’70s in fact her house in Reggio Emilia and the cottage of Cavriago become the center of Italian irradiation of the Fluxus movement and an inexhaustible creative melting pot, thanks to the strong and lasting friendly relations that Chiessi entertained with the prestigious artists she met abroad, irresistibly attracted by her enthusiasm and unconditional welcoming capacity.

She was a tireless traveler and discoverer of talents and she found her true vocation in the most vital and free artistic expressions, by their nature non-elitist, ephemeral and participatory. In 1971 she founded the publishing house Pari & Dispari specialized in the production of artist multiples at low prices (whose double-key logo was conceived by Corrado Costa and Giulio Bizzarri) to finance the artists she hosted and to disseminate their work also outside the closed circuits of the art system. Of that atmosphere, that all the protagonists involved remember as a big party “choreographed” by Rosanna, there are 54 photo albums that document the activities and performances carried out since the beginning in 1968 to the latest initiatives in 2015. The precious archive, which Chiessi at the end of her activity had rearranged and filed with autographic captions, was donated by her daughter Laura to the Municipality of Reggio Emilia and it is now kept in the Panizzi Library that has digitized the documents to make them freely available on internet.

MAMbo pays tribute to the ability of Chiessi to get in tune with the artists without losing her autonomy of judgment and her intuition in identifying new trends in art without being influenced by fashion with an exhibition that brings together works, documents and symbolic objects to recreate the climate of experimentation of those years. At the center of the room we find the large wooden round table from Cavriago around which artists from different currents gathered at dinner to design and create together and which also served as a stage for improvised performances in front of an audience, that of the visitors of the house, always varied and heterogeneous. On the table there is a deck of Piacentine Cards, each designed by a different artist, the first edition produced by Pari & Dispari which was presented at the Venice Biennale in ’72, a world map edited by Valerio Miroglio in the same year in the center of which there is a large continent called “Terra di Rosanna” and the dirty colored shoes used by Shozo Shimamoto in a performance at Palazzo Magnani in 2011.

The opposite wall, dominated by a large canvas by the Japanese master, is dedicated to the research of the Gutai group to whom Chiessi had approached in the early 2000s fascinated by the exaltation of the physicality of the materials and the bodily actions with which the movement rethought the pictorial gesture. An entire wall, on which we find Joseph Beuys’ overcoat and the chair used by Geoff Hendricks in a performance at the Basel Fair in 1975, is reserved for researches focused on music and sound with works by Giuseppe Chiari, Nam Jum Paik and Charlotte Moormann. Rosanna’s relationship with the Fluxus artists was very close and in 1977 at the Dante theater of Cavriago the first Italian concert of the movement was performed thanks to her mediation (with pieces by George Brecht, George Maciunas and Robert Watts) whose onlookers recall that the musicians of the orchestra descended into the audience to link the spectators to their chairs. The intent of Chiessi was to involve the places and its inhabitants in the continuous flow of actions, processes, research, attempts and situations that constituted the most extreme testimonies of the art of that particular generation in which she loved to immerse her life. She did not always succeed and if for the next two years she organized the “International Art Trends” festival in Cavriago, then she was forced to suspend due to the misunderstanding and hostility of the inhabitants, as it was always her great concern not to have managed to have her collection acquired by the Municipality of Reggio Emilia.

Another important line of collaboration linked her to the exponents of Viennese Actionism, in particular to Herman Nitsh, of which we see on display a large map of Prinzdendorf: in 1974, just to attend a spectacular 24-hour theatrical action by the Austrian artist in his castle near Vienna, Rosanna organized a coach of artists, friends and collectors from Reggio Emilia to share this experience with them. And on this occasion Franco Vaccari, who was part of the group, had the idea of photographing from the rear the means of transporting goods that he encountered along the road before overtaking them, which would merge into the Camions series.

The adventure of Cavriago (1977-1988) was a creative workshop whose results were presented in the most important fairs of the period, such as Cologne, Düsseldorf, Basel and Bologna; in the 90s Chiessi, following the unavailability of her house, moved to Capri where she began to collaborate with the heirs of Curzio Malaparte organizing events in the writer’s home in which artists from all over the world could stay and create works inspired by the environment. Thus the legendary season of relations and artistic vitality was closed for the Emilian province, which the exhibition reconstructs with a sensitive and passionate narrative. 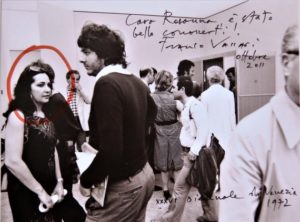 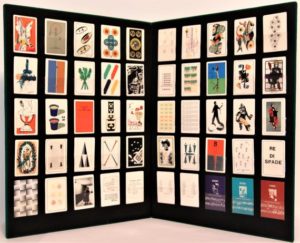 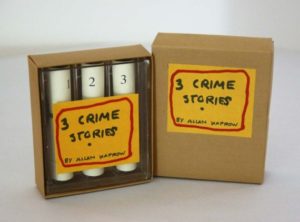 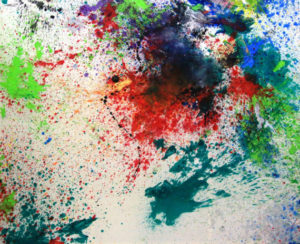 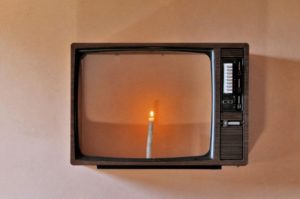 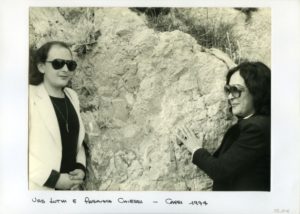