For the love of art: “Sculpting Reality̶...

For the love of art: “Sculpting Reality” in Valencia

Real situations, spontaneous gestures, aspects of society and everyday life are the main features of street photography. And undoubtedly, street photography is part of the so-called “documentary style” or the image (the document) to be understood not only as a subject but also as an aesthetic and method of approach. Undoubtedly, the first examples of the great documentary style come from the testimonies (“social”from every point of view very) by Walker Evans (who does not remember the shots taken for the FSA as moving documentation of the misery and poverty produced by the Great Depression in the USA , in the Thirties, and which he defined as “cultured, authoritative, transcendent”), while the undisputed masters of spontaneous photography and not of pose and who embodied fleeting and unforgettable moments are undoubtedly authors such as Henri Cartier-Bresson and Robert Doisneau (for example Le Baiser de l’Hôtel de Ville, published in “Life” in 1950). The fact that these particular types of reportage were then ascribed to a humanist school and that today perhaps someone with a hyper-correct mentality could consider them an intrusion of privacy is a topic that does not affect us too much, given the drift (so intrusive) practiced later by the so-called paparazzi of the “Bella vita” and even more by the use of the telephoto lens to sneak into even the most intimate aspects of domestic life.

This brief introduction to say that three curators (Julia Castelló, Sandra Guimarães, Vicent Todolí), working on the archives of Per Amor a l’Art Collection, on behalf of the Bombas Gens Center d’Art, have put together a very articulated and captivating exhibition with more than three hundred photos entitled “Sculpting Reality. The documentary style in the Per Amor a l’Art Collection”, or the reinterpretation of the concept of documentary style in the works of nineteen great photographers from our recent history. The proposed authors range from Walker Evans to Robert Frank, from David Goldblatt to Anthony Hernández, from Helen Levitt to Susan Meiselas, from Tod Papageorge to Ian Wallace, up to Garry Winogrand and many others, which means a path that starting from Thirties continues to the present day, also passing from the most rigorous black and white to the color not yet cleared, always without any acting or camouflage or disguise, without a stage or mise-en scène, without frills and fictions.

Obviously, within this exhibition project, the taxonomic series are also taken into consideration, that is the particular type of documentary that in the late 1960s was started by authors such as the spouses Becher, David Goldblatt, Edward Ruscha and Lewis Baltz, series and sequences that were based mainly on the typological research of the subject and on the comparison of the same in the most varied contexts. Since these images, before being recognized by photographic critics, were incorporated into the art market, they took a further step to be cataloged also as conceptual photographs, more for the method than for an authentic philosophy or ideology to act as a support.

Susana Lloret, vice president of the Fundació Per Amor a l’Art, expresses the key idea of ​​the exhibition as follows: “We continue to build our history with each new exhibition, we talk about the passage of time. This show also speaks of rhythm, as we have gone from the explosive color of the last two exhibitions in the collection (Hyperspaces and Botánica) to black and white, from painting to photography, from abstraction to documentary style. The rhythm is not only between the works that make up the exhibition, but also between the exhibitions that make up our history as an art center. This exhibition represents what could be called art within art. There are works that have already been exhibited before, but it doesn’t seem like it, because in this new exhibition they take on new life. That sensitivity is what makes an exhibition look like a work of art in itself, created not with the brush or the camera, but with other works of art, hence the expression art within art. And it becomes clear how the curator is actually just another artist. Well, in this case, three more artists “.

The “Sculpting Reality” exhibition is accompanied by a rich catalog that reproduces a selection of the works on display, a written testimony by the artist Ian Wallace and an essay signed by Víctor del Río. The publication is a co-production with La Fábrica Editorial. 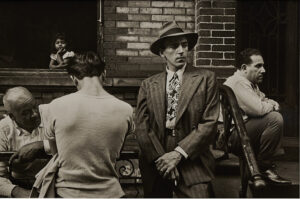 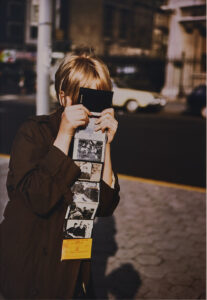 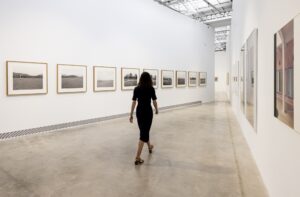