Franco Battiato managed to be the divine image of ...

In conversation with Elena Ver..

Franco Battiato managed to be the divine image of this reality

Sitting suspended on a non-existent rocking chair – an echo that inevitably brings me back to the words of Matte Kudasai by King Crimson – with the back of a constellation contained in a rectangle, in a white sky where large black palm trees stand out. We see him in profile, with an attitude bordering on insolence, because he doesn’t care about the listener who will buy his record (not like those big faces of the 80s Italian singer-songwriter staring at you), he sports a tail, jacket and tie with socks inside Franciscan leather sandals. Three words at the bottom, one spaced out from the other in an almost exaggeratedly inconsistent way, say ‘the voice / of the / master’, while three small and sharp triangles arranged in space trace the imaginary clues of a much larger triangle whose upper vertex just seems to match his heart. It is easy to understand what we are talking about, it is the cover of the most famous album by Franco Battiato, released in 1981 by EMI Records. The image is the graphic elaboration of a photo taken by Roberto Masotti by Francesco Messina, the one who will repeatedly be able to visually render Battiato’s musical thought. The title of the album is not a reference to the well-known record label (or maybe yes but only naively, almost for fun) but a precise reference to the Gurdjeffian philosophy. And the voice is that of the conscience which, according to the theories of the philosopher and mystic, is suffocated in a state of torpor from which one can only awaken through active and constant work on the self. Only by doing so the human being can build his soul, in the making, listening to the voice of the master, the ‘ordinary’ conscience. But let’s go back to the cover because the back is even more original: each track of the record hovers around the composer symbolized by a miniature of him in a different color each time. The name of the song and the ‘santino Battiato’ can be traced back with a line to a part of the body, the arrangement of which does not seem random at all: Centro di gravità permanente (Permanent center of gravity) points directly in the middle, Cuccurucucu at the head. Except for Uccelli (Birds) and Segnali di vita (Signs of Life), which are connected to the two background elements, palms and what would appear to be a heron, full Sicilian evocation.

The collaboration with Messina began in the seventies to last practically a lifetime. From L’era del cinghiale bianco (The era of the white boar) (1979) to L’Arca di Noè (Noah’s Ark) (1982) to the Fiori (Fleurs) series (1999, 2002, 2008) to Apriti Sesamo (2012) and the last Torneremo ancora (We will be back again) (2019). It is clear that each is the result of an artist’s sensitivity to all the effects that visually transliterates Battiato’s texts and music. It is therefore inappropriate now to dwell on other splendid covers. However, it is worth mentioning some that remain unknown to many today. This is the case of the very early beginnings when a young Sicilian wiry boy appears, from time to time portrayed in some picturesque Italian town.

In the first song he records, we see him wrapped in a big coat, shy and with a thoughtful air, leaning against a bench in Parco Lambro (L’amore è partito – Love has departed -, 1965). Even the tracks have the typical Italian sounds of those years, so much so that some still wonder if Battiato is actually singing (the answer is ‘yes !!’). Among the covers of the beginnings (Triste come me – Sad as me / Il mondo va così – The world goes like this, 1967; La Torre – The Tower / Le reazioni – The reactions, 1967; Fumo di una sigaretta – Smoke of a cigarette / È l’amore – It’s love, 1968) it is worth dwelling for a moment on the image that appears in Bella ragazza/Occhi d’or (1969). Battiato appears seated cross-legged from the front, in a graphic remake in full pop style (a screen print?). To elaborate it is the famous Mario Convertino who with his homonymous studio will give life to many other very important Italian covers and for Battiato will also release the splendid Clic (1974). It is no coincidence that Convertino conceived the studio at that time as a factory where the skills of the underground and cultural Milanese artistic personalities converge. In fact, the same will also collaborate with Schifano for a series of advertisements of which today alas nothing remains.

Proceeding over the years, among the lesser-known ones, there is a real gem, the last one we will mention. Franco Battiato (1977) designed by Antonio Ballista (!), pianist protagonist of the arrangements in both tracks. On a roof, a French window appears with a semi-open shutter like a shop, inside which you can hardly see a shadow. Above the battiato sign. The interpretation remains mysterious, the source of the music is certain, from the sky, or if we prefer, from someone who literally has his head in the clouds at that moment. Zâ and Cafè-Table-Musik, the two songs on the album, are pure experimentation of notes and voices.

In the same way, too much should be said about the aesthetics of Franco Battiato’s video clips. Where to start? To facilitate the task I will delve into the theme by choosing two areas: the Battiato dancer from the Eighties; the post-human and the acceleration from the 1990s and 2000s. Let’s start with the first. Let’s stop thinking that there are “Battiato ballets”. Just think that the ones we see in Centro di gravità permanente, Voglio vederti danzare, Up Patriots To Arms, La stagione dell’amore, Mesopotamia (Permanent Center of Gravity, I Want to See You Dance, Up Patriots To Arms, The Season of Love, Mesopotamia) are the embodiment of the clumsy attitude of the intellectual who plays the funny guy with small arrhythmic and asynchronous movements because he can’t dance. This is just a radical chic sideboard. Battiato remains perhaps the most rhythmic singer dancer ever (Raffaella Carrà is another thing). He was simply free and himself. At the same time, this does not imply that his ‘moves’ were ultra spontaneous, quite the contrary. By documenting well, we understand how actually there are several contaminations with the sacred dances of Gurdjieff and those dervishes in which Battiato began to enter just then. Those ballets remain the expression of an entirely singular rhythm, of course, but which basically, as it could easily be for anyone, leads to self-knowledge given by the sense of subjective movement discovered in one’s body. So spending time learning the secrets of Permanent Center of Gravity hops makes sense up to a point. Little sense.

To exemplify the second area, I will use a 2004 album, Dieci Stratagemmi (Ten Stratagems), which can truly be considered a masterpiece in the exemplification of post-human aesthetics from the second millennium combined with a sort of ante litteram accelerationism. The album is a decalogue that describes the atmosphere of the period with a fierce criticism and at the same time promises to fight it through ten commandments. Among the tracks, Ermeneutica (Hermeneutics) is certainly the one that, through text and video clips, has certainly been able to best interpret everything, from politics to society to hyper technological progress. And in fact the song is second in themes only to Inneres Auge. It begins: “Tensions of tensions of frustrations manifest themselves / germs of infected desires are hidden and reproduced in our seed”. The video clip opens with an irreverent image: two penguins walk close together when suddenly one of the two hits the other falling into the snow. Immediately after, Battiato appears sitting at the desk with his low face covered with gray unkempt hair. A moment later the opposite, the face in the foreground that almost settles the eye of the camera that from above seems not to stand up to it. Still after this it rises from below while Battiato is reading De Mundo Pessimo by Sgalambro. The video proceeds alternating moments of dystopian gaze with visual citations on machines, technology, acceleration-reproduction and the universe. “Tutte le macchine al potere/gli uomini a pane e acqua (All machines in power / men on bread and water)” continues the passage. It all ends with Battiato and the featuring singer in a room where a large neon blue light screen stands out, the two walk with robotic movements until they disappear in the back while the light goes out and darkness falls. Humanity has been obscured by the screen. The poetic similarities with the artistic researches in computerized video art from those years are manifold and we cannot dwell on it. What really amazes about Franco Battiato, however, is the extreme completeness of his work that from music, from lyrics and I would dare to say from philosophy – which certainly can be learned unlike ballets – reaches the visual aesthetics of the covers and video clips thanks to the collaboration with as many artists. But his clear sensitivity to the world of the image remains unmistakable, as indeed it could not have been for him who wanted to “be a divine image / of this reality”. And he really did. 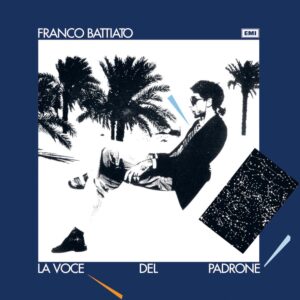 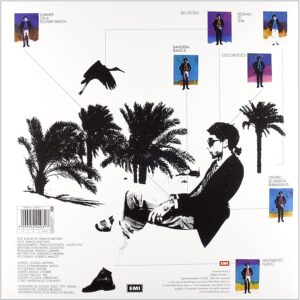 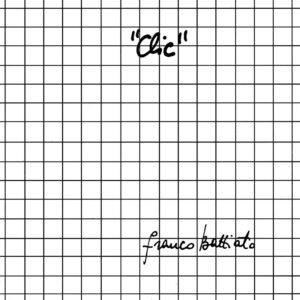 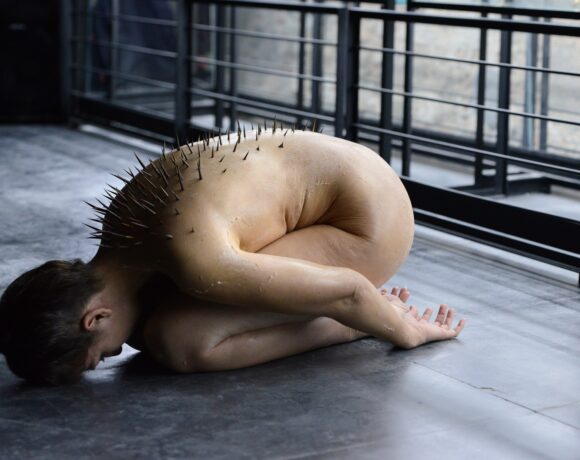