From art in the toilet to the podcasts of Artefatt...

Giulio Saverio Rossi. Before a..

Two men. Two voices. One word or rather two: art and facts. Words that can be symbolically associated with the well-known expression “ready made” that has shattered the world of art since the twentieth century to the present day: the “already made” object. Ten free episodes for this first season – produced by Kidney Bingos – with a series of podcasts downloadable on iTunes, Spreaker and on many other major platforms, with an instagram and facebook space dedicated entirely to podcasts contents. The collector Costantino della Gherardesca, presented among the most spendthrift and inexperienced on the planet, alongside one of the most irreverent critics of contemporary art, Francesco Bonami, tell and reveal, with ironic and provocative tones, stories, anecdotes, background of the works and artists, from the least known to the most famous: from Duchamp, Courbet to the controversial Damien Hirst, Maurizio Cattelan. The latter little loved by the young collector from Maremma, but particularly appreciated by the Florentine Bonami.

With tones that are neither academic nor didactic but amusing, Bonami himself promptly tries to resume the Gherardian interventions moved by that immoderate passion of faith and devotion, which often the most daring collectors have towards the artists of whom they own some works. In this case, according to the well-known curator, they are artists known only by the walls of the house of Costantino della Gherardesca, who – we learn from the eighth episode “Art and Words” – complains of not having a large toilet, but rather “a toilet as miserable”, candidly revealing this personal torment of his. At the same time, he also declares his desire to present a quiz in prime time and make a lot of money like Paolo Bonolis rather than talking about contemporary art with Bonami, who shares the initial of the surname with Bonolis. But the well-known curator surpasses with ease this provocation on the fiscal confrontation, launched by della Gherardesca, who despite the less formal tones, but sometimes lacerated, still manages to make listeners jump with smiles.

Even when, in a melancholy cheerful way, della Gherardesca speaks – in the sixth episode – of one of the most stimulating contemporary art galleries in the world as “Experimenter“, founded in Calcutta in 2009, and Bonami himself refers to the sensitivity of his testicles in not being able to accept the artists who speak only of theory, also referring to the Indian gallery owner Prateek “who despite the name is not so practical  as it seems” because he does what he can not to sell a work to a collector who does not deserve it. So the one who reinvented himself on instagram – with a very high number of followers – with the profile name “The Bonamist”, is one of the most famous Italian curators in the world with international experience: from the Museum of Contemporary Art in Chicago, to the Whitney Biennial of American Art and then again curator of Manifesta 3 and of the 50th Venice Biennale up to exhibitions conceived for artists such as Maurizio Cattelan as well as being the author – essayist of various texts that have had some success such as “Arte nel Cesso” or “I can do it too”. But above all he belongs to the category of curators who show an immoderate impatience for the “scoundrels” revered by some critics, such as Banksy, of which Bonami has a clear idea: “Banksy is like the wet, he always comes out”. And he says it with the tone of someone who can no longer tolerate the exaggerated sanctification recognized to this faceless artist.

Thus, with their amusing tones, they mix their ideas, the most brilliant artistic intuitions as well as the most embarrassing ones of less-known artists, hoping that those who listen to them do not disappear by pulling themselves off a bridge, especially during episode 5 “Art and Water”, In which to present the artist Roni Horn reference is made to a particular tourism of people – from France, Germany, Sweden – who would go to commit suicide on the Thames in London. But, soon after, they return to this artist who was the first to conceive, after years of study, a “Library of Water” in Iceland, or a water museum in an old building overlooking the ocean, with the installation of twenty-four glass columns, filled with water from various Icelandic glaciers. In practice, Bonami continues, «enormous and large glasses of fresh water». And Bonami’s malaise also comes out in talking about those boats that never sink like the “vertical seas” by Fabrizio Plessi, whose name, just to say it, produces in him the desire to call the police. Instead, he names it gracefully, albeit “suffering”, referring particularly to that huge boat – with screens inside that represented cascades of water rising to the sky – positioned at the entrance to his 2003 biennial. He did everything to remove it, but he was not able to. That vertical sea of ​​Plessi was more powerful and it remained there.

It is evident from the first episode that their tones are full of that healthy hilarity which, mixed with a substantial dowry of knowledge of contemporary art, gives listeners a good dose of narration, now absent – I would say disappeared – in the world of contemporary visual arts. And we also pass over those Gherardesque formulas which sometimes abandon themselves to a certain vulgarity, promptly pointed out by Bonami. In fact, there are no thematic and linguistic taboos in the stories of “Artifacts” and in episode seven – “Art and Death” – quoting the director Andrei Arsenyevich Tarkovskij, they remind us how art prepares man for death, with a strong reflection on the deaths we do not see (an ever-current theme) with a powerful work by Teresa Margolles, more loved by Constantino than by Bonami. Work that Margolles herself no longer wanted to exhibit: “Entierro”, (Burial, 1999), a concrete block inside which there is a fetus aborted by a woman, exposed to continuous psychological violence. In short, nothing seems to escape the conductors of Artefatti compared to what is beautiful and cruel to the art of our present, with a fluent story without censorship, on the paradoxes and genius of mankind, seen from unexpected and unprecedented points of view. And one gets the impression of hearing something new, a special offer, on the shelves of the Italian media information hypermarket. 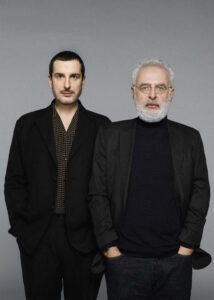 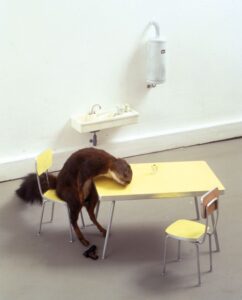 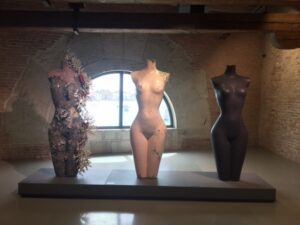 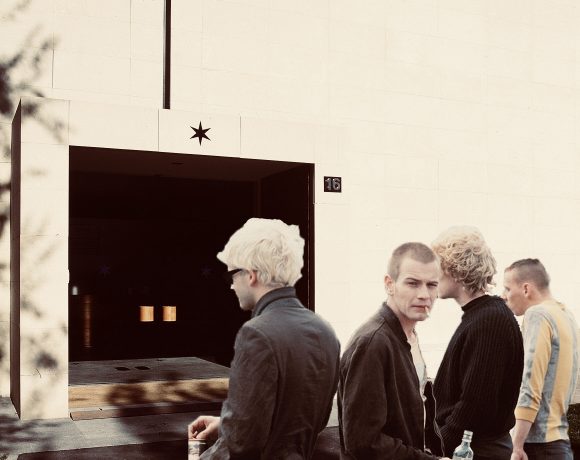 Interview with Silvio Salvo, Press Office and Social Media Manager of the Sandretto Re Rebaudengo Foundation 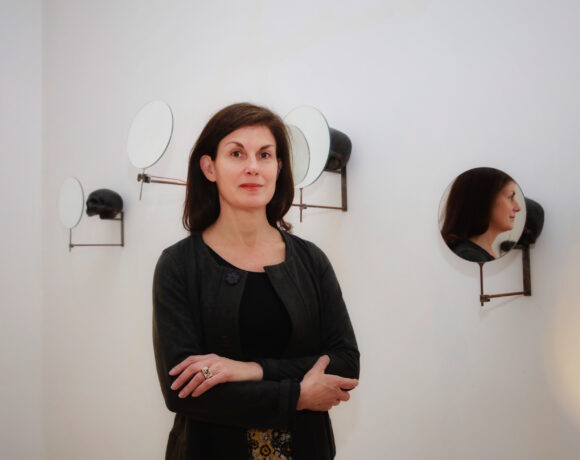 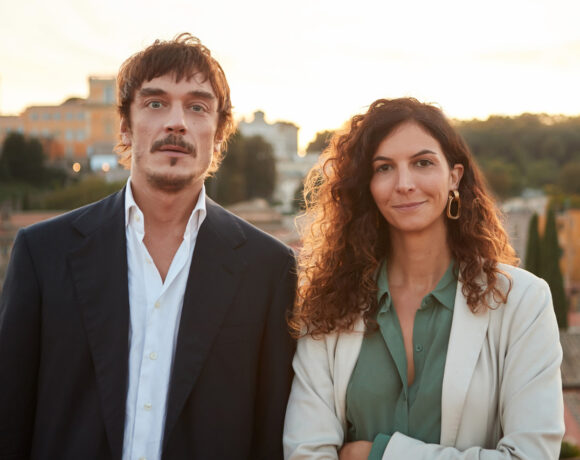 pArt. A project by Maddalena Salerno and Lelio Orsini: a revolution in the restoration of art