From the Commedia delle macchine to Mediàtica. Bet...

From the Commedia delle macchine to Mediàtica. Between performance and propaganda. Interview with the collective Gli Impresari 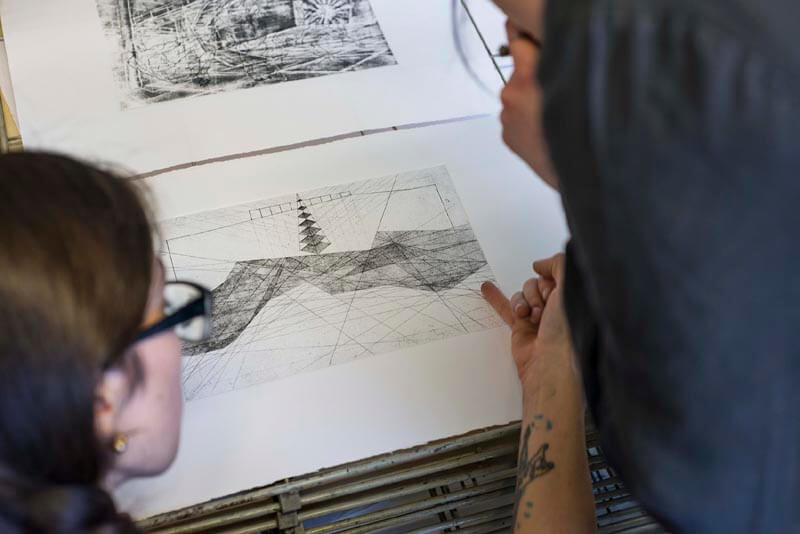 Following the presentation of the projects La Commedia delle macchine and Mediàtica. Between performances and propaganda at the MACRO in Rome, I met Gli impresari (Edoardo Aruta, Marco Di Giuseppe, Rosario Sorbello) to invite them to tell me their point of view on the role of images in contemporary society and what it means today to talk about propaganda, representation and documentation of a work of art.

In August 2015 you win the residency program of the MACRO in Rome and, in October of the same year, you present La Commedia delle macchine to the public. What is it and what connection exists between this exhibition and Mediàtica. Between performance and propaganda, the project you have just inaugurated?
La Commedia delle macchine represented the realization of a research that began two years ago, focused on the forms of theatrical stagecraft and on the political role of its devices. In these years we have committed ourselves to the realization of a series of works inspired by the Italian scenic tradition, works that then went on to constitute the entire scenic corpus of the performance realized at the MACRO museum. The machine comedy is based on a theatrical piece written by Gian Lorenzo Bernini in 1644. An unfinished but extraordinary text that opens to numerous interpretations, not least that of the artist’s role in relation to the client. We have therefore decided to consider the documentation produced as a result of the machine comedy, as raw material to reflect on the nature of the document as a propaganda device, yesterday and today.

Mediàtica is the conclusion of a workshop you conducted, involving some students of the Academy of Fine Arts in Rome. The starting points were the analysis of the engraving technique and the form of the seventeenth-century “relationship”. What is the relationship between these two techniques and to what extent do you consider them as “an image control strategy”?
With this project we have made our own a certain propaganda technique used in the past. The Report consists of a work of reasoned documentation, carried out by real teams of professionals who had the task, through the systematic execution of engravings, literary works and technical reports, to guarantee the historical memory of certain events. These images were political because they did not express only the taste of time, but were direct emanation of the will of the clients, who, through them, confirmed their social prestige. We have therefore decided to replicate, with the help of the students, these ancient propaganda strategies, through the exploitation of our own work. To do this we invited them to watch the performance and perform a modern report for us. Mediàtica is the result of this process. An exhibition with a “classic” form in which a series of incisions narrate a performance through the exasperation of its spectacular characters. A manipulation that has always been inscribed in the relationship between art and power, which in this case is revealed not only in the images presented but in the entire communication of the project.
Rome is also the place where the modern strategies of consensus have been perfected, starting from the electoral signs promoted by Julius Caesar (Acta Diurna), up to the exaggerated seventeenth-century calcographic representations that describe improbable scenes in which real and symbolic they mix without frictions. The origin of the “show” is therefore an Italic and very Roman question, it was important to inaugurate right here, where everything, in a certain sense, began.

Your projects are a vehicle for a deep reflection concerning the relationship between the performative act and its representation and, therefore, documentation. What is your position regarding the themes of technical reproducibility, as discussed by Benjamin, and of the dialectic between reality and representation, treated by Baudrillard?
What makes the theatrical machines that we build and the performative actions linked to them fascinating is not only their effect of wonder, but their own functioning and their sculptural presence, their aesthetic value. This power of fascination probably derives from the different way of understanding today the concept of representation with respect to the past. A diversity that is both technical, cultural, political and social. A topic that Baudrillard describes with extreme clarity, arguing that in today’s society everything is over-representation, inexorable transparency. This is attributable, according to the philosopher, to the loss of that fracture (distance) between the field of illusion and the field of reality. In this sense, what is less is the scene itself, because it is everywhere. Without a scene, there can not be representation or, again, everything is representation. About that Baudrillard quotes, in the book The Fatal Strategies, the Baroque theater underlining how this did not try to merge with the real, but rather challenged the real itself trying to create an illusion more real than the real (right through the machine, the artifice, the counterfeiting). The consequence is that even if the stage devices had the function of simulating a natural effect, to be effective they did not need to obtain an extremely likely result, precisely because they acted in the field of illusion, in a context independent of reality. In the same way the public knew that they were in a place where they were asked for a movement of the imagination through which they could identify and be amazed. And it is from this relationship, from this underlying agreement, that the plan of representation emerged. Today the special effects, thanks to technological development, have reached a level of likelihood such as to eliminate any difference with the real data, partly nullifying our imaginative capacity. In this context, even the political instrumentalization of visual culture is today configured as a different process from the past. If in the Baroque era the objective was to demonstrate, through art, a cultural supremacy on the part of the client in order to determine a political consensus, today things can not be said to be similar. The distribution of power that characterized the seventeenth-century society was undoubtedly more defined: a central power operated the mechanisms of cultural production, so that an “estetizzazzione of politics”, to say it with Benjamin, developed on a specific axis, in which there was a coincidence between political / economic and client power.
Today power no longer has a face, the market and the economy constitute the new patrons of a fragmentary, elusive system. The technique in this context has become a tool and the end of representation. The overexposure of which Baudrillard speaks appears to be directly connected to technological development, whose aim seems to be to reduce, until it is completely healed, that fracture between the field of illusion and the field of representation, with the sole purpose of proceeding and functioning.
Our work tries to trigger a reflection on these issues by referring to a historical period and to an aesthetic imaginary that despite the differences mentioned above, is in many ways the starting point of that process of spectacularization that characterizes contemporary society.

In your work, the use of theatrical machines – techniques at the end of the wonder – is functional to implement what you call “a reversal of the stage”. What does it mean? How do you place yourself in respect to the themes of spectacularization, propaganda and consensus strategy?
Our work has, as it were, an archaeological character in which the attempt is to analyze those instances that allowed the spectacle to become a dominant model. The concept of wonder, for example, on which so much we have spent, is to be understood for us in a double nature, as an effect and at the same time as an instrument. By studying the development of special effects it is possible, in fact, to understand how they have shaped our relationship with reality and what we now define its double, that is representation. The theater was the place where these changes historically occurred, with all the implications described later by Benjamin about the cinema. The scenotecnica, as a material culture, should therefore be considered as a fundamental element for the understanding of contemporary enslavement processes, and it is what we do through our work.

The lmpresari are a collective whose definition goes beyond a possible category. According to the proposed project, in fact, the single role – of curator or artist – emerges more or in equal measure to the other. In the current system of contemporary art, where often the two figures are confused, you propose a third one: the manager. Who is it, to what urgency – social, political, critical – responds? 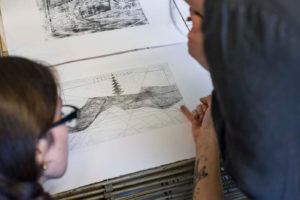 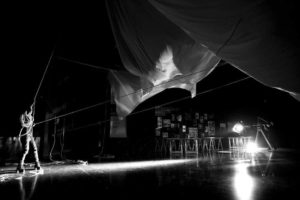 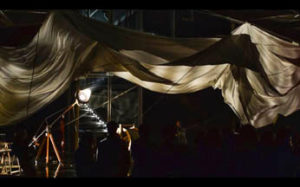 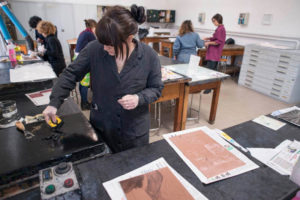 The manager is an approach to the artistic profession that prefers flexibility to specialization. It responds to the need to interpret the artist and the curator as producers, showmen, patrons, fitters. The resonance of the word has allowed us to frame them with irony and at the same time to calculate the contours but in a scheme in which the labels give way to needs. There is not one figure that emerges more than the other: categorization is functional to the context in which we operate. Our collective research, design, commission, set up and implement according to participatory schemes welcoming all the professional figures necessary for the implementation of a project. In this system authoritativeness remains a vector but only as a function of a choral intent. We have assumed as a banner the union of skills to work, take care, charge, operate and describe the medium without revealing an end, so the word “impresario” gradually loses the sound of celebrity to return to represent the motto that originally meant the proposed intent.