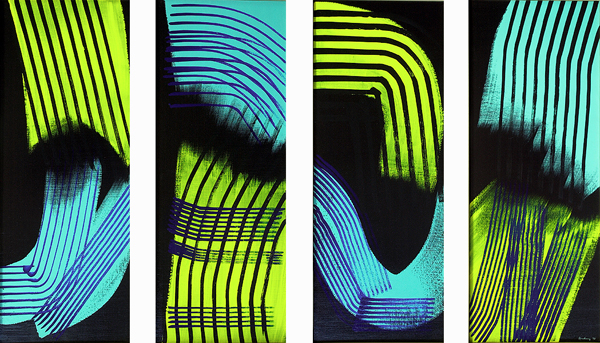 It has been inaugurated last September 23rd at the Galleria Nazionale dell’Umbria, the exhibition Hans Hartung Polyptiques which rapresents an unprecedented opportunity to deepen the value of the production of this great artist, through the exposure of a series of works belonging to the second half of his creative phase; perhaps the least known to the general public. The event, curated by Marco Pierini, is the result of the collaboration between the Umbrian museum institution and the Hartung-Bergman Foundation in Antibes, as to remember how special was the bond of  the artist with Italy and presents, for the first time specially conceived as a series, forty drawings on paper and sixteen large-format paintings articulated into mobile compartments; six of which have never been exposed before.

In fact, probably because at those dates there was still not enough chronological distance, this family of artworks escaped the organizers of the exhibition Poliptyques, le tableau multiple du moyen-age and vingtième siècle, happened at Louvre in Paris in 1990.

Made between 1961 and 1988, conceiving the artworks directly on the canvas and – about the later examples  – dealing with the airbrush, this corpus constitutes a real paradigm for understanding the evolution of the author’s style after the ridge of the year 1960; when he won the Golden Lion at Venice Biennale. It was Hartung himself to call this group of paintings as “Poliptics” because, just like the medieval ones, they present themselves in distinct elements though paratactically united, however his ones are distinguished for a greater expressive freedom owing to the fact that the individual canvases are not constrained by any narrative hierarchy. From their observation, it can be seen that the artist’s experimental tendency was not exhausted after the fertile informal period that gave him to the history of art but it had, rather, changed its course to new aesthetic landfalls but not for this incoherent with his stylistic background, at the same time personal and capable of measuring with international sensibility. Indeed, if that subtraction of subjectivism that through the cooling of the expressive means of the artwork has led to the overcoming of the informal is partially present in the works of the Sixties, we can see how it appears more evident in the paintings and papers of the Seventies where examples of symmetry and chromatic freedom coexist and interact extraordinarily. The works of the eighties – the last part of this genealogy – have parallel reading paths because some seem to show a strange sense of uneasiness due to the all over treatment of the canvas and to the large and dark chromatic masses that like shadows have labile and undefined boundaries, while others show a much more pulviscular and fragmented distribution of the painting, such as to create rare and suggestive atmospheres. The catalog of the exhibition, a beautiful editorial project by Magonza editore, contains texts written by the director of the GNU Marco Pierini, the president of Hartung-Bergman Foundation Thomas Schlesser, the curator of the same foundation Helsa Hougue and art critic Marco Vallora. 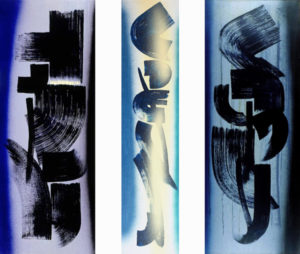 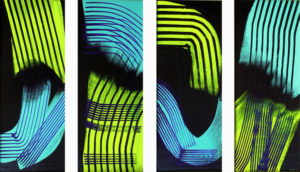 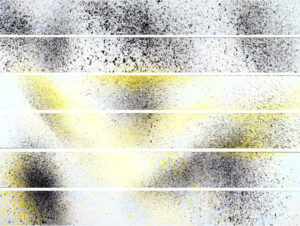