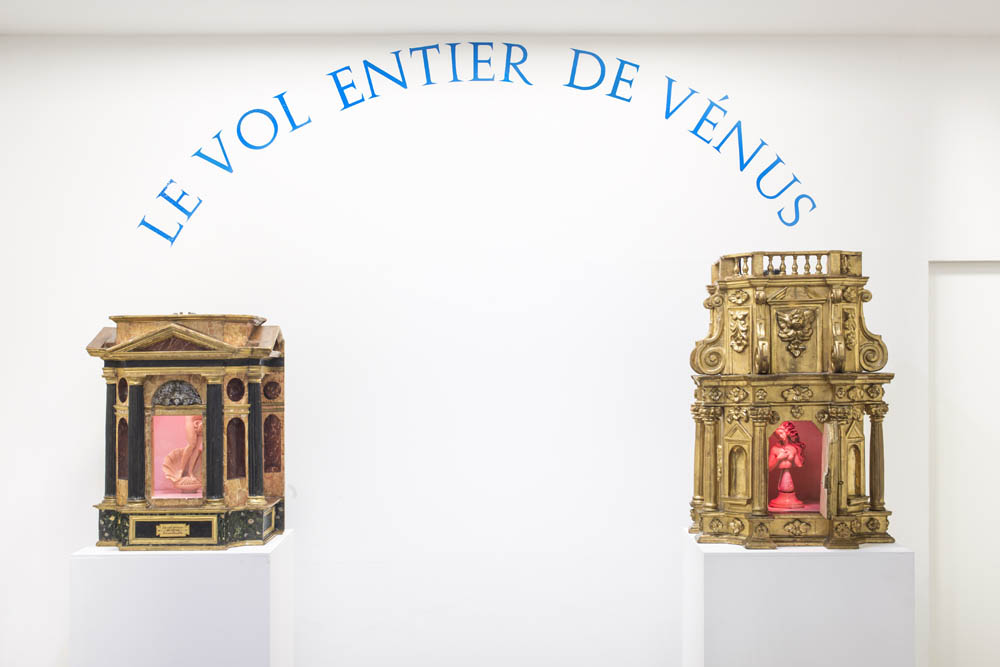 “Luca Maria Patella did not accept the flattery of a perbenist conformism that tends to replicate forms already consumed in the name of a commercial speculation. He always contests not for an ideological fact, but for choosing to let himself be guided by a search that does not allow himself to be scavenged, which escapes any definition and avoids submitting to a pre-established form.” The first page of the exhibition catalog NON OSO / OSO NON essere of Luca Maria Patella, hosts these words by Alberto Fiz, curator at the Galleria Il Ponte di Firenze, that wanted to inaugurate its exhibition season with one of the most representative artist of the history of the Contemporary Art. Patella (born in Rome in 1934) with a long career in the back and a continuous course in becoming, is still able to astonish, make questions, overturn the senses of the world and create a persistent ambiguity about the life and the art message. Influenced by the scientific studies of his father (utopian scientist engineer), from the biginning he develops an unlimited vision of the art, where all the disciplines involved tend to merge into a single project, excluding hierarchies between the different expressions and the media used. Graphics, photography, video, Indipendent Cinema, writing, poetry, performance, and installation are just some of the areas around which his production focuses on. The interdisciplinary and complex tension feeds on classical knowledge such as psychoanalytic, literature, science, the pleasure of inventing as a careful and meticulous study; everything has shaped a working mode that is always up to date with the times and never separated from the human values and socio-cultural phenomena of the present.

The exhibition, structured on two floors of the historic Gallery, is almost an initiatory journey, a total work, a discovered and concealed discovery at the same time. The title comes fully from the serious-ironic linguistic games of the artist, alluding to the deep dialectic between Conscious and Unconscious. The entrance is a sort of theatrical curtain shaped by Profili del Duca di Montefeltro, this “humanized” passage is introduced and put in dialogue with the marble Vasi Fisiognomici perfectly turned on the shapes of the Dukes of Urbino by Piero della Francesca. The figures are recognized thanks to the shadows projected on the wall and come to life in the absence of matter, in the formless vacuum. After crossing this narrow barrier with Jungian mental colors, you enter in the main room into the eclectic and ambivalent reality of the author. Along the walls there are the “significant” where by, for decades, he has pursued his multifaceted research strongly focused on the study of language, which shows step by step an inexhaustible vigor, among recurrent misunderstandings and lexical insidies that feed on read quotes and personal memories. The path between the various artifacts is a constant zigzagging between processes where word and image exchange places and play chess with the ignorant spectator: cosmological works where the figure of his wife is present; optical machines; the two ancient temples at the bottom of the room that welcome the small sculpture of Botticelli’s Venere divided into half and placed on two pedestals in the form of “patelle”. Every work is the completion of a problem, it is solving an enigma, it is the activation of allusive sense shortcuts that develop through an unpredictable process of re-meaning and contact with the visitor. On the occasion of the opening the Campanaro performance (a young man with two bells playing), beated time leading downstairs where the auroral pink room appears from a small window inside there is a girl partially covered by a light cloth alluding to the Dante’s figure of Beatrice refering to the verse written on the wall from La Vita Nuova: Nuda, salvo che involta in un drappo sanguigno leggeramente.

Once again irony and taste of the paradox coming from the duchampian lesson, they can be found in the continuous delimitations between reality and fiction, as in the lippingg from shape to word and vice-versa. In the darkness of the basement there some “films-opera” including Terra animata (1965-’67)  ̶  recently defined at the MOCA in Los Angeles “Key-work in the history of Land Art”  ̶  anticipating those trends which will develop overseas after 1970 and SKMP2 (1968, produced by Galleria L’Attico by Fabio Sargentini) where Patella acts as director and protagonist alongside Sargentini, Kounellis, Mattiacci and Pascali. The Lounge also features a rich selection of photographs from the early 1960s to document experimentation and the invention of print and recovery techniques such as the use of fish-eye, infrared and color printing of black/white negatives.

Luca Maria Patella is a complete intellectual. A modern icononist with no limits, every time able to deny and regenerate his boundless art. 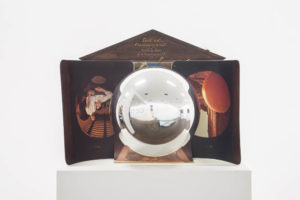 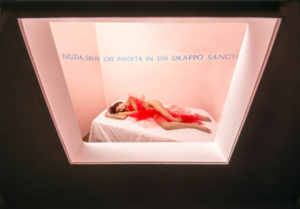 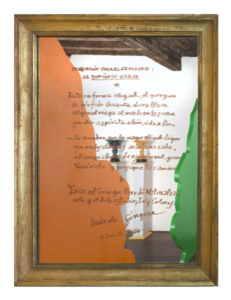 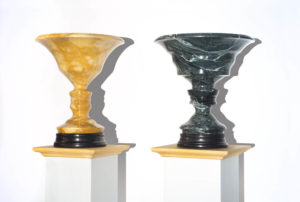 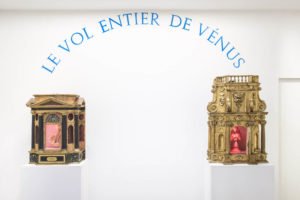