Mircea Cantor. Your Ruins Are .. 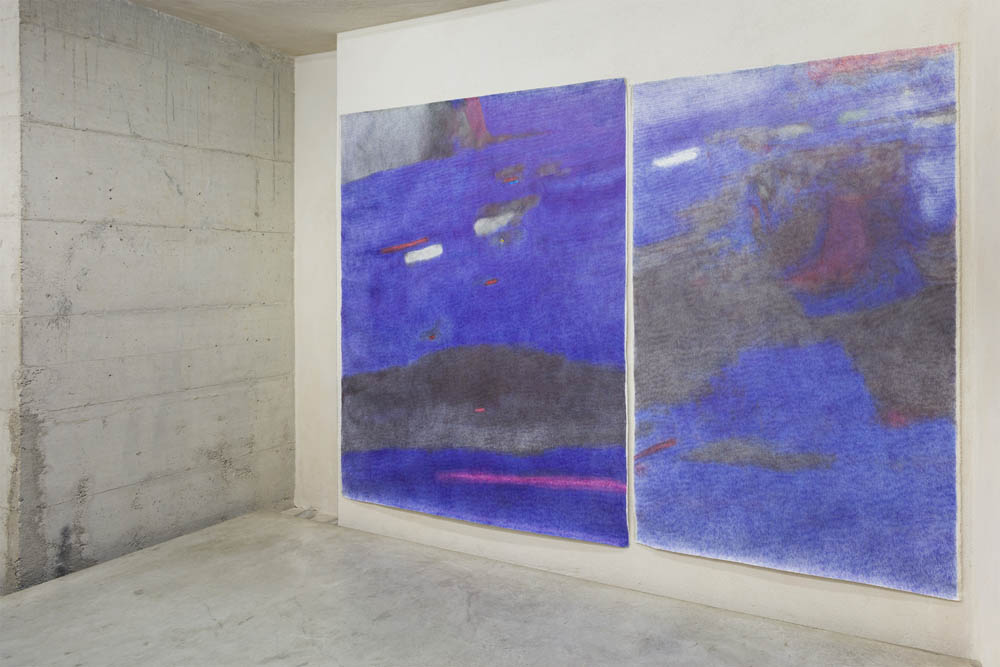 In 1946, Lucio Fontana was the first to use the ballpoint pen as an artistic material while he was in Buenos Aires, where a few years earlier the Hungarian László József Bíró, who fled Nazi persecutions in Europe, had patented the definitive prototype of his invention. In the 1950s and 1960s artists such as Alberto Giacometti, Jean Dubuffet, Agnes Martin, Andy Warhol, Nam June Paik, Yayoi Kusama, John Cage, Cy Twombly and Louise Bourgeois experimented in their work the potentialities of this modernist instrument, which, in the decades later, was definitively absorbed by the art world to become the primary tool for making also some large-scale works. In 1973, Alighiero Boetti was helped by dozens of aids to fill sheets of blue solid ink in the 11 panels that made up the Ononimo series (1973), while Jan Fabre in 1990 culminated a series of pen-ink works entitled L’Heure Bleue transferring his drawings on the facade of the Tivoli castle near Mechelen until it was completely covered and transformed into an immense drawn surface.

This brief historical digression contextualize the artistic research of Angiola Gatti (Turin, 1960), which since its inception has identified its privileged field of action in a border area between drawing and painting, two related but usually distinct expressive modes. Her pictorial and graphic experimentation, which was born at the beginning of the 90’s on of common A4 sheets, over time expanded to embrace very large surfaces, which find their maximum common denominator in her body and in the extension of her arm, materializing the inseparable unity of gesture, space and time that constitutes the deepest reason for its existence. By alternating phases of rigorous monochrome at times when the need for color pushes her to expand the range of her media to include pencils and oil stick, the artist flips on the naked surface a dense plot of signs that cross the pictorial plane to settle in a mental elsewhere of which the work is intermediary and existential passage. Reality is fluent, varied at all times, and the unstable perceptions generated by the encounter between the outside world and the intimacy of the artist form a complex emotional vocabulary that diversifies each sign from the other.

The rhythm of Angiola Gatti’s work supports the emergence of thoughts and moods, it is sensitive to environmental and luminous conditions, it changes according to her personal experiences and at every juncture of everyday life. There is a starting point that defines itself in the process of the matter until it is almost carved or engraved by the strong pressure of the pen on the paper, but sometimes the long execution times cause the initial suggestion to be overwhelmed by the assumption of other more urgent impressions and it becomes a backward thought that emits from the bottom its faint but persistent emotional frequency. The motion of the graphic gesture is harmonious in its discontinuity: there are stoppages and shots, meditative pauses and sudden blossoms, reflections that blend in the density of the chromatic substance, temptations that become cluttered of passionate signs while others only underneath in a space left free. There are always new clues and unexpected sense openings, in constant tension between sharpness and noise of the world, between calm contemplation and instinct, between full and void, between the endogenous brightness of the chemical ink and the compact white of the paper. Each work engages the author and the spectator in the same pendulum movement that arises from the need to move away from the canvas to grasp its overall structure and the contemporary and opposite desire to approach it as much as possible to try to disentangle the sedimentation of the lines and pursue the path of a single sign.

The exhibition You touched me presents an eloquent concentrate of the artistic production of Angiola Gatti which includes three large fully painted canvas by pen signs, smaller paper drawings where the sign takes on intense three-dimensional tangle and a series of photographic recently conceived and realized works that depict ephemeral compositions of glass, metal and clay fragments assembled without glue.

Particularly impressive is the diptych composed of the two works that ideally open the exhibition, two Untitled side by side that create an open and bright space electrified by linear pulsating nuggets that are compact from far to the point of detecting shades, gradations of planes and mysterious shapes of shapes , and complex at a close glance, where the independence and uniqueness of every sign seem to compete with his fellows to affirm its own unrepeatable existence. The effect is to be immersed in an enveloping garden of signs in which a multitude of evanescent but indelible possibilities. The stratification of the lines creates an irregular plasticity such as the changing intuitions of the human mind, determines depth and spatiality that find an elusive perspective junction point beyond the painted surface, describes the consistency of reality by detecting its underground energy loads showing the beauty of the world and its innate aspiration to transcendence. The dominant color in both, in fact, is blue, the color that appears when the night ends and the day begins to rise, always in art a perceptive bridge between what is material and the spiritual and the imaginary.

At first glance, it is difficult to understand the conceptual intersection between this type of work and the photographic images placed on the opposite wall, but a prolonged overview let emerge subtle analogies between the translucent edges of the glass pieces, their projections on the back wall beneath shapes of shadows that can be assimilated to segments of sign and the transparent darkness of the insisted pen overlaps that, even though they strive to calm an anxious vacuous horror, can always emanate space and light. What the artist seems to experience, in this case from two opposite and complementary points of view, is the possibility to generate spatial planes from the void and infinitely expandable three-dimensional spaces from a saturated space by exploring the evocative and sculptural potential of vision and its ability to transform the pure optical data into mental environments. 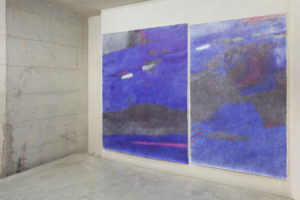 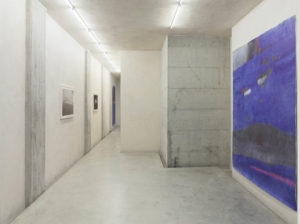 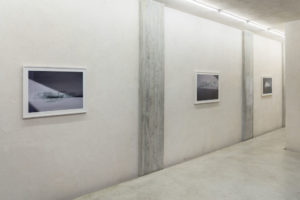 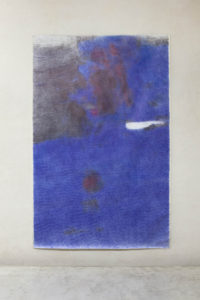 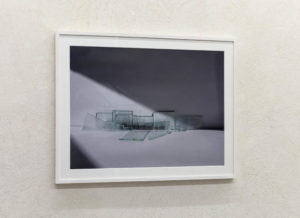