Sacred and profane by Francesc..

I was looking at them and I was just eyes. Looking...

Sean Scully at MAMbo: the retr..

I was looking at them and I was just eyes. Looking beyond the human between the caves of the moon

In the volume The Carrier Bag Theory of Fiction (1986), Ursula K. Le Guin, starting from Elizabeth Fisher’s anthropological theories, revealed that the first human technology wasn’t a weapon to hunt, but a carrier bag to pick, gather and carry food. It testified how the first human product wasn’t a device for domain and prevarication over territories and species, but a container for the coexistence and the gathering of different narrations and worlds: an assemblage of meanings, a fairytale opposite to individualistic, heroic and male-centered myths, moving towards a polyphony of voices (1).

Also one of the first American texts about “green” literature, Silent Spring by Rachel Carson (1962), commenced with the chapter “A fairytale that can become reality”, the “once upon a time” of an holocemic America where human and non-human entities used to live in a symbiotic collaboration with the surrounding landscape.

Monocultures, chemical insecticides thrown on cultivated land, woods and gardens, global networks of exploitation and expropriation caused the decline of this American renaissance: what Moore defined as the Capitalocene and Tsing defined as Piantagiocene (2). The most recent developments in ecological thinking have demonstrated, however, how generative thrusts have not exhausted with the Anthropocene, but have stayed alive in the so called refugia: habitats in which biodiversity still survives in adverse and ever-changing conditions. An example are the deforested woods of North America or the nuclear power plants of Hiroshima and Nagasaki which have witnessed the growth of Matsutake mushrooms, as Anna Tsing recounts in the volume The Mushroom at the End of the World. (3)

Caves of the moonfollows these traces by building a sensorial, hypogeum and tangled environment. This futurology fairytale written by Daniela Jakrlova’ Riva starts from her exploration of the caves in Parco della Valle del Lanza, between Como and Varese, and from the realization of the extractivist damage produced by public and sacred architecture, which, from the 5thcentury to 1930s’, has dug into the soil looking for the precious molera stone. The artist doesn’t stop at denouncing this ongoing damage. With this exhibition she writes a new geologic era for the molera caves, a different time-perspective, the one of a counter-hegemonic world whose imaginary recalls sci-fi literature and tentacular patterns of feminist and transfeminist thought and converges in 3D video animation which opens the exhibition. Here, Daniela Jakrlova’ Riva narrates of a fluctuating and fluid entity, born on the Planet Kora, after our extinction. In the story, told within the video, the creature reaches the same places crossed by the artist, which, centuries later, have left room to the autarchy of chthonic entities such as lichens and algae: “They grow continuously, touching the sole of my feet, hooking like a tissue to my flesh. First my ankles, then the knees (…) With an unexpected single leap, it immersed in me up until my vocal cords began vibrating. Slowly, the ego was separated from the tongue (…) My voice was its voice.” (4)

The golden algae have merged with Kora’s creature, taking possession of her vocal chords to transmit again the vitality of this interstice: an industrial and at the same time vegetal landscape that doesn’t need human presence anymore. It is a diffract voice which speaks, or better, a polyphony of voices which stops truth from being reduced to a single form and a single sense. “I invite you to refrain from the greed of wanting to know”, writes the curator Giulia Profeti in the text that follows the exhibition.

Right from the entrance in the first room of the artist-run-space X contemporary (via Santa Teresa, 20/A, Milan) we are forced to confront ourselves with a “future without us”, forced to visualize a time that is not ours, a time which will require the disappearance of human beings in order to appear (5). Within the second exhibition room, we find the same lichen crests, the same bright algae that have accompanied this Kora’s entity in a “diffract” future. The 3D print (in bio-based white plastic) restores the alchemic and vegetal forms in bas-reliefs scattered around the walls. Nearby, photographic prints of the molera’s caves are responsible for maintaining a rightful connection to reality, treating it, as Musil would say, as an imagination task or an invention (6).

This storytelling allows, not only, to show the consequences of anthropocentric behaviors but it also shows counter-practices of survival and imagination, possible alternatives in the form of a ri-formative narration of proximity and vulnerability relations with the non-human and more-than-human beings. Within Caves of the Moon, imagination appears as an eco-political practice, capable of exploring crises of worlds, models and linguistic codes, foreseeing their decline as well as the beginning of new sceneries (7).

5. Dipesh Chakrabarty, The Climate of History in a Planetary Age, The University of Chicago Press, Londra, 2021. 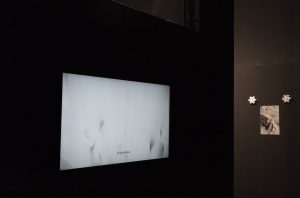 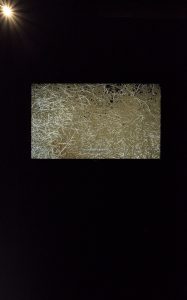 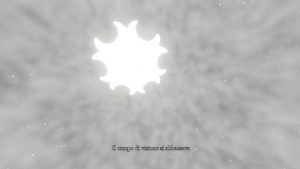 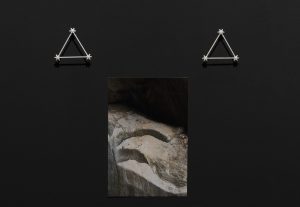 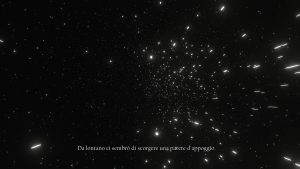