From Turin to Catania: the San..

Italian Pavilion: the labyrinth as a possibility, ...

Italian Pavilion: the labyrinth as a possibility, not as an escape

The aesthetic-logic impact of the Italian Pavillon at the 58th edition of the Venice Biennale “May you live in Interesting Times”, stands of a complexity starting from the composed title: Né altra Né questa: La sfida al Labirinto (literary: Nor other Neither this: The Challenge to the Labyrinth). It doesn’t show a primary “spectacular” impact, slighty aesthetic as the first impression of the entire set-up of the exhibition: for that, the processual purpose of approach is the invite itself to the rational and intellectual thought, inspired and took from the famous Italo Calvino’s essay La sfida del Labirinto (The challenge of the Labyrinth), 1962. A foggy vision of a confused existence, with smoothed shores where the culture, especially literature, even if it is complex, could trace a path and invent and define a social-cosmic image.

For this project, Milan Farronato, a curator with a dynamic and international character, invited three Italian artists, through a processual and final choice, researched but also emotional, to represent the Italian Pavillon by getting very deep accomplices: Liliana Moro (Milano, 1961), Chiara Fumai (Roma, 1978 – Bari, 2017) and Enrico David (Ancona, 1966).

The complementary Trio is reunited in order to work on the project and since the first analysis we can find a complexity in the title, which is explicative and mystic at the same time, due to the figure of speech: the anastrophe. Continuing with the evocation of an archetype shape of the imaginary. It confuses and disorients. The artists will conjugate their analysis through their personalities which reflect different moments, different modalities, different truths, realities, dimensions, escapes, returns, fullness and emptiness spaces.

The combination of artworks and different dimensions take place through a common denominator, to gain a universal coexistence, that means the contemporary one, like a Zeitgeist that is defined by a bridge between past and present, in which one can find as main purpose the research. Liliana Moro emerges through the deep essential nature of shape and substance, with her de-contextualizations and the employment of space in its formal, conceptual and semantic characteristics: we can find here the emblem-symbol of the sword in the stone, fairy evocation that deliberate trough the transparency of matter,  a strong iconographic contrast but at the same time weak cause its “opening” and seen-through. The mattresses are slightly illuminated; they are forced and delimited in space and they represents epiphanies and memories, like a re-enactment of an intimate trousseau. Now they are naked and tied up for removal, like the memory of a consumed and lacerated love. In the background, echoes of words and notes as signal of a hymn, here recognized as a national anthem but also stands as a universal statement of revolution, Bella Ciao. It represents an old melody and spirit, nowadays probably dead, but according to Liliana Moro’s vision could have a reference with a lost and melancholic (Italy?). With the back scenery of a maritime coast, as old postcards “Greetings from Italy”, once a time a colored Italy, now abandoned and memory of vivacity and all of the contrasts of our country, more alive than ever.

Enrico David is an insatiable and multiform author. He usually analyzes the constants of the human being as it is, as power and energy, first trace, in-finitum, constantly attempting to draw the body but a body without subject and object, decontextualized, organic, broken. These figures are lost, in oblivion waiting for identity or a dissection for reconstruction. Enrico disfigures the figures thought different actions and multiple and technical means like sculpture, painting and weaving. The anthropomorphic figurative sculptures are fragile in the “becoming” act but also in their plastic and deformed being-shape, that hides the monstrosity of the silence and an impalpable obscure sense of the memory as the objects-relicts held into stainless display cabinets, vessels of precarious emotions, as the body’s vulnerability and his impermanence. The work of the artist sounds out the personal and collective question as universal and historic traces, like memories of a past and of a variable living, managed by just the “upcoming future”.

Chiara Fumai, recently passed away, is represented throughout a vivid and not sad sublimation of her memory and through a strong active will to understand her whole work. Obviously, thanks to the personal and deep relationship with the curator, who wanted to celebrate, for this occasion, an artwork originally destined to a collective exhibition, Si Sedes Non Is, at The Breeder gallery (Atene, 2017), managed by the same curator. For this reason, he took part of it as spectator but also as inside member of the processual part of the project, from its conception to the final definition. He has ritualistic and accurately followed the planning and he personally writes it among the labyrinth’s walls. The evocative title “This last line cannot be translated”, an astral reference as expression itself of incommunicability and perdition.

The cohabitation of pre-existing and original artworks of the artists, keeps on in a constant research of equilibrium. The artists and the curator designed the structure itself, a structure that is not an omniscient mediator neither a spotlight for the art-works. If for Liliana Moro and Enrico David the structure of the labyrinth stands as a physical path in dialogue with the artworks, for Chiara Fumai the labyrinth’s metaphor is more introspective, more intimate, and her presence adds an extra value to the two line guides, the Enrico David’s “visceral” one and Liliana Moro “rational” one.

One of the most sensitive and important research theme for many artists has been always the need to analyze the lacerated conflict question about soul-body of the occidental human being. According to that, they transcend it though their sense of fear, perdition and confusion, trying to rationalize it thought an “action mode”, becoming fulcrum of thought and divulgation.

The Labyrinth, on the contrary, does not represent the exhibition’s theme, that are actually the impulses caused by our ideal and concrete approach to it, like the, already introduced, the visceral one and the rational one. The Labyrinth is fragmented, claustrophobic and repetitive like an ambient in which space gets smaller and time loses references: where silence and a sense of hanging collapse into an infinite-present.

The project leads the visitor, according to a logic definition, to the choice, as almost a scientific concept of uncertainty that means the infinite and casual possibility that brings to a non-linear path, even in reverse.  A sort of connections and lecture’s display that becomes alive thanks to the presence of the visitors. The choice as a casual – effect value. A choice as question of reflection on the contemporary period, as active implication of reaction, choice as answer, as war, as in conflict with the impossible relationship between the individual and the modern society, and also the universal laws.

The individual’s experience grows from a discreet exhortation, pushed with modesty for a perdition, not a visceral or final perdition, and for this reason it is not really lost and found, focused on the appearance of the “hidden objects” in the sweet structure. Light colors and the unclose-segmented structure from a physical and perceptual point of view, they don’t instill in the guest a sense of mysterious, dark, illusive, mystic place as the idea of the archetype, but it provokes a sense of energy, an unintelligible sense, the need of research towards something unknown, a truth, a treasure, the escape. The feeling of uncertainty and impotence pervades as instinct, but the gifts, as the artworks catalyze gently the dramaturgy.

This concept was taken from Italo Calvino’s essay: the purpose of the labyrinth, or of the life, is not the solution of escape but “living” the experience with an active role in front of the mystery of the existence. Especially with an open-relative mind: the dead-truth is not ended in itself, and the culture is a forma mentis that keeps moving on in a constant motion as the human nature, made of imagination and desire.

The theater’s life in which illusory and reality, as nature and artifice, intellect and impulse live.

It is possible to visit the Italian Pavilion until November 24th at Arsenale. 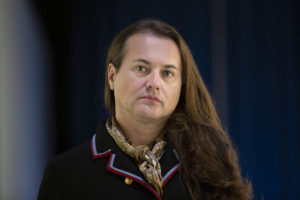 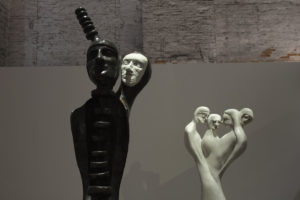 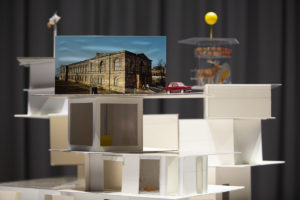 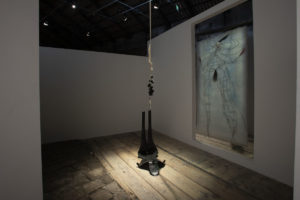 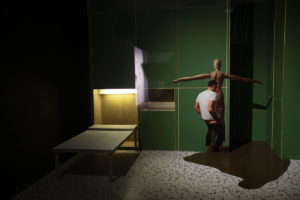 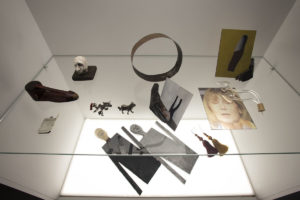 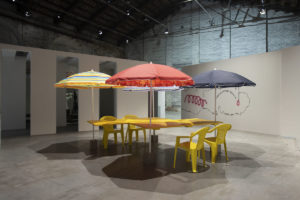 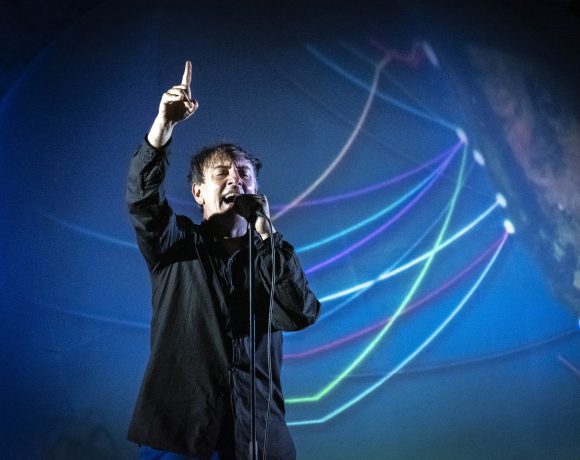 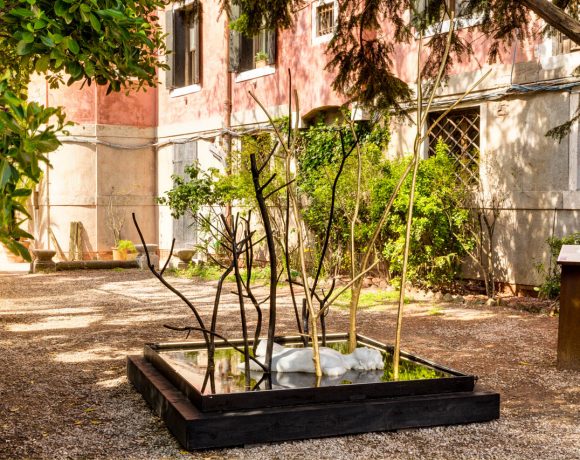