The conceptual art of Goran Tr..

MASI Lugano, in collaboration with the Serpentine Galleries of London, presents the largest retrospective ever dedicated to the photographer James Barnor (Accra, Ghana, 1929, lives and works in London). In his long career, spanning six decades and two continents, Barnor was an extraordinary witness to the social and political changes of his time: from the independence of Ghana to the African diaspora to the life of the London African community. Moving with agility between disparate places, cultures and genres – from photojournalism to studio portraits, from documentary photography to fashion and lifestyle photography – the Anglo-Ghanaian photographer has always distinguished himself for a powerfully modern outlook and a pioneering approach. Although he has influenced generations of photographers in Africa and around the world, his work has only recently been rediscovered and enhanced. “James Barnor: Accra / London – A Retrospective” presents a selection of more than two hundred works from the personal archive of this incredible photographer, including several unpublished images that have never been printed or used. In addition to vintage works, reprints and original documents, there will also be magazine and record covers on display, with a particular focus on the decades 1950-1980. The exhibition itinerary is organized around key cores and moments in Barnor’s work and unfolds like a chronological story through the historic rooms of the exhibition venue.

Barnor took his first steps in the photographic field in the early 1950s in Accra, founding the studio with the programmatic name “Ever Young”, which soon became a pulsating meeting place for people from all ages and social classes. At that time Ghana, an English colony, was heading towards independence and the young Barnor breathed the political fervor and energy of those years. He soon got assignments for the “Daily Graphic”, making him the first photojournalist in his country. Then his path continued to London, where he moved in 1959: here he returned the life of the African community in vibrant images, becoming the most important witness of the African diaspora. The shots for the South African magazine “Drum”, an anti-apartheid bulwark, tell the story of the “Swinging Sixties” London through its frank, direct and counter-current gaze. In a world dominated by English Whites, Barnor puts on the cover models of African descent such as Erlin Ibreck and Marie Hallowi.

Several images on display show the decorations, hairstyles, clothing and fashion from that period: ultimately a valuable archive for future historical research. Barnor’s multifaceted talent is also expressed in several trade commissions. Among these, there is a promotional calendar for the Italian oil company AGIP (1974) and also in this case, well ahead of its time (think of Toscani’s photos for Benetton) he employed black models. We can say that Barnor, as far as the social aspect is concerned, is the mediated and meditated aspect of what David Goldblatt did in South Africa, documenting the life, people, landscapes and structures of his country. The exhibition, organized by the Serpentine Galleries of London, after the stop at MASI Lugano will continue in America at the Detroit Institute of Arts (spring 2023), with the aim of spreading the artistic and social impact of James Barnor. The exhibition (which saw the collaboration of Clémentine de la Féronnière, Isabella Seniuta and Sophie Culière, James Barnor Archives) is curated by Lizzie Carey-Thomas, chief curator, Serpentine and Awa Konaté: Culture Art Society (CAS), assistant curator. This exhibition project is accompanied by a catalog published by König and co-produced by the Serpentine Galleries of London, MASI Lugano and Detroit Institute of Arts. Designed and illustrated by Mark El-khatib, it includes contributions by Christine Barthe, Sir David Adjaye OBE, David Hartt, Alicia Knock, Erlin Ibreck, and a conversation between James Barnor and Hans Ulrich Obrist. Commendable sponsor: Credit Suisse. 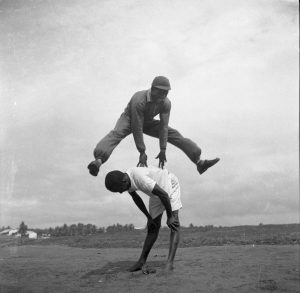 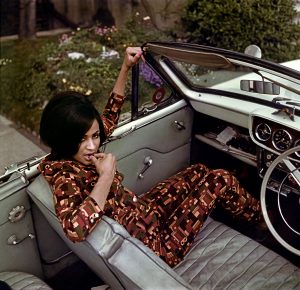 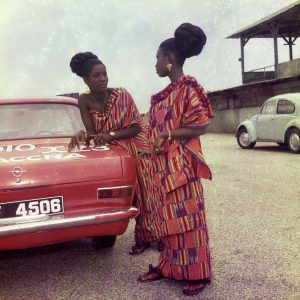