In dialogue with the history o..

The Pompidou Center, opened in 1977 in Paris, based on an architectural project by Piano-Rogers, as a political-cultural desire to proudly affirm a cultural identity of the old continent versus the overflowing American museum machine, has achieved great success with the public (continued then in the following years without ever showing bending or yielding), so much so as to soon make this incredible machine / building insufficient for the challenges to be faced. The beautiful desiring machine has already undergone a “restyling” and soon another one is planned, also linked to the containment of heat loss. But since the policy of cultural management now lives on the articulated offer and on the multiplication of operational offices, Pompidou did not stand by, and also in this sense, somewhat quietly, over the last few years, it has opened collaborations which allowed it to open offices outside the capital: in Metz (2010), in Málaga (2015), in Brussels (2018), in Shanghai (2019, currently with a five-year mandate). In addition, there is a collaboration with Louvre Abu Dhabi regarding the activities of the modern and contemporary art sections.

In addition to the announced Art Factory project for the Paris suburbs, the next scheduled opening is set for 2024, with the completion of the renovations of the Pathside Building, in Jersey City, a 15-minute train ride from the heart of New York. As if to say, if the Guggenheim has set its feet in Europe, Europe is also capable of putting its own in the USA! A correct and commendable vision since we have reached the point that the largest and most prestigious museums think about the number of square meters available and the number of curators engaged in enhancing their collections (the parent company has ten floors of 7500 square meters each, with almost 6 thousand square meters available for temporary exhibitions and 35 full-time curators).

We now come to the beautiful exhibition that Pompidou dedicates to James Coleman, Irish artist (born in 1941), thanks to the curation of Nicolas Liucci-Goutnikov (Head of Department at the bibliothèque Kandinsky, Musée national d’art moderne, Center Pompidou, Paris), and with the collaboration of Thomas Bertail (Coordinator for research activities, bibliothèque Kandinsky, Musée national d’art moderne). Coleman abandoned the practice of painting in the early seventies to devote himself to projects related to photographic and video research and synchronized projections, with off-screen voices and music. By working on the distinction between the various artistic disciplines relating to the visual arts, the author has been able to recreate a world where not only the conceptual but also the narrative aspect takes over thanks to the marking of signs such as time, space and memory. All elements that induce the viewer to dwell on how the interpretation (representation) speaks of identity, modifying the understanding of what we see and very often dissociating the image by the accompanying text. We list some of these works that have now marked the history of the moving image or installation with moving images: Pump (1972), Playback of a Daydream (1974), Slide Piece (1972-1973), Background (1991- 1994), Lapsus Exposure (1992-1994), Charon (MIT Project) (1989), INITIALS (1993-1994), for a total of seventeen works proposed in this exhibition. Some of these works have previously been exhibited in very prestigious museums and galleries, proving that his work is recognized and appreciated. Among others we mention: the Reina Sofia Museum (Madrid, 2012); Marian Goodman Gallery (London, 2016); Marian Goodman Gallery (New York, 2017); MUMOK (Vienna, 2019). 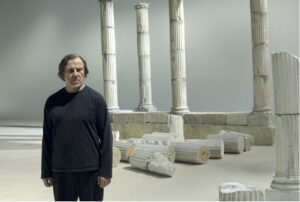 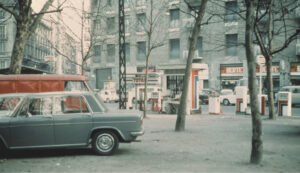 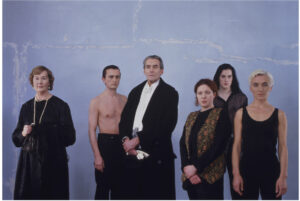 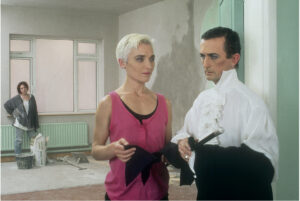