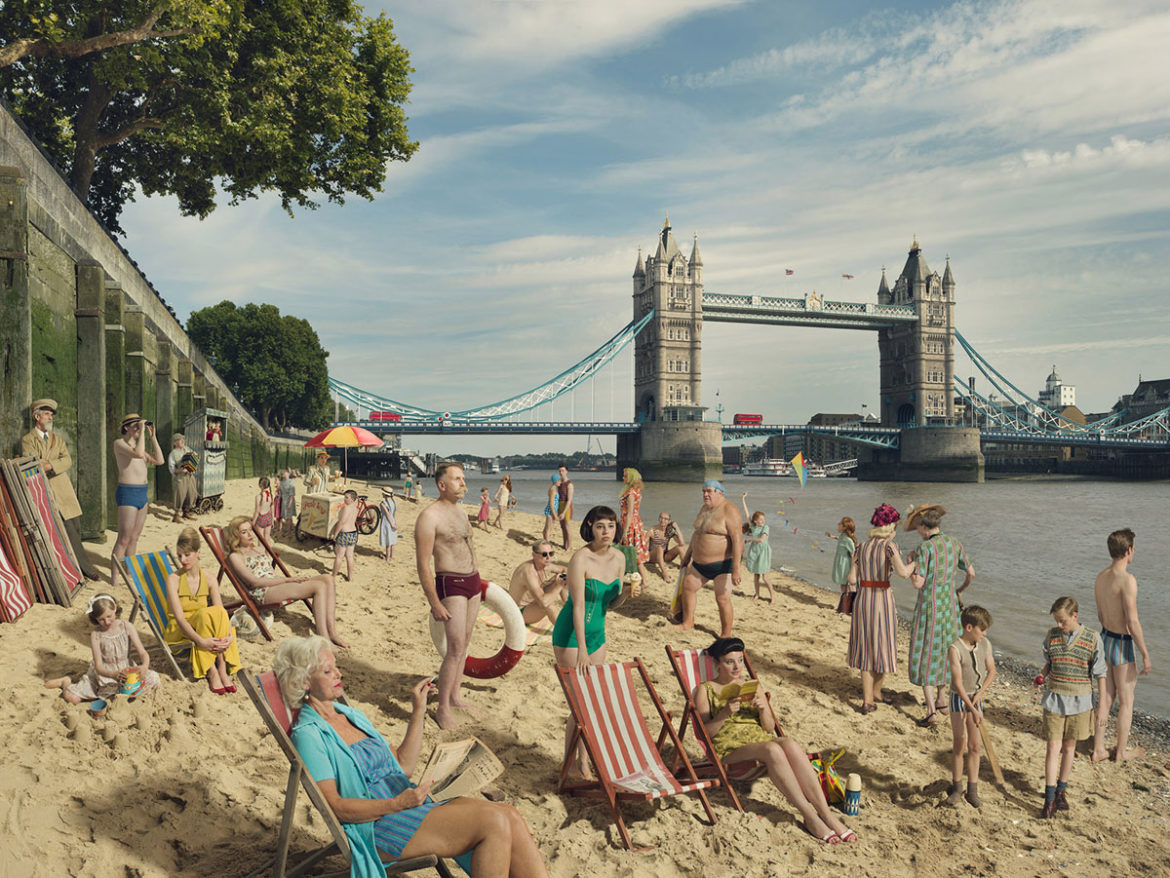 Julia Fullerton-Batten is a worldwide acclaimed and exhibited fine-art photographer. Her body of work encompasses twelve major projects spanning a decade of engagement in the field. While in much of her earlier work we find a pronounced semi-autobiographical influence, often falling back on recollections of her own early and teenage years, her more recent projects consider social issues, frequently covering controversial subject matter. Julia’s use of unusual locations, highly creative settings, street-cast models, accented with cinematic lighting are hallmarks of her very distinctive style of photography. She insinuates visual tensions in her images, and imbues them with a hint of mystery, which combine to tease the viewer to re-examine the picture, each time seeing more content and finding a deeper meaning. These distinctive qualities have established enthusiasts for her work worldwide and at all ends of the cultural spectrum, from casual viewers to collectors of fine-art photography.

Her latest project, entitled Old Father Thames, retraces the history of the river Thames along its entire length with an inﬁnite variety of stories that encompass birth, baptism, death, ﬂooding, sunbathing on the shore, the story of the ‘Ladies Bridge’, messages in a bottle, riverside scavenging youngsters, prostitution, damaged masterpieces, and countless other whimsical, idiosyncratic and tragic happenings. To find out more, we asked her some questions.

Rivers have always been considered mythological entities and their stories have inspired the founding myths of cities. The Thames is one of the most emblematic identifying and iconic elements of London, the city in which you moved as a teenager after having spent your childhood in Germany and the United States. What is your personal relationship with the river?
From its source about 100 km north-west of London the Thames traverses the south of England ending 250 km later at the Thames Estuary and thence into the North Sea. It’s total length is 346 km. It is not even the longest river in the UK and is puny in comparison with many other rivers elsehwere in the world. Nontheless it’s importance to England and on the world stage has been infinitely significant since time immemorial. Just upstream from London the Thames becomes tidal and London became a port in Roman times and later a deep water port for large vessels, making London an epicentre of the world for trade from the furthest corners of the globe – the London Docks,and now the Docklands are world famous. London would never have existed were it not for the Thames.
After spending my childhood in Germany and the USA circumstances led to my father, my siblings and I moving from Germany to live in a small village just outside Oxford. I then moved to Oxford itself to study photography. The Thames flows through Oxford, although it is called Isis – an ancient name for Thames idiosyncratically kept alive even today in true British style. Imagine the inspiration for a young adult to live in the romantic environment of Oxford with its centuries old  colleges, church spires and quaint bridges spanning the Isis. It was a great, highly important and very awe-inspiring time in my life.
After graduating I subsequently became  a freelance photographic assistant and moved to West London to live with my partner, who is now my husband. As it happened the suburb of the city where we lived was yet again located on the banks of the Thames. It is here that my career has blossomed, we are happily married and have two delightful energetic young boys.
Over the years, as a family we have spent many happy hours walking and playing on the river bank. One lazy weekend afternoon three years ago new events inspired the idea of my ‘Old Father Thames’ project. It happened that our boys were sprawled on the living room floor scrapping and complaining about how bored they were. I persuaded them of the excitement of treasure hunting on the foreshore of the Thames when the the tide was out. Enthused we checked that the tide was out, donned our wellington boots and headed to the river.
It was whilst I was watching and admiring my sons’ skills at skimming stones across the remaining waters of the Thames that I remembered reading about  the mudlarkers of Dickensian times. They were poor children, mostly boys with the occasional girl,  of my sons’ ages who spent days on the foreshore scavenging for anything to sell that would help them or their family survive. I then knew that I wanted to make a major project out of this and other similar stories of the history, customs and traditions to be found along the River Thames. The project has now absorbed nearly three years of my life and I’m sure it could be many years more, even if I take the occasional break to shoot something different. I even took up rowing for a while to see the river from a different view and have been to many talks about the history of the river.

The Old Father Thames project is based on a historical reconstruction of various events set along the banks of the Thames. Some shots have as their protagonists individual characters, with special attention, it seems to me, for the female figures, others are choral representations of episodes of popular folklore. How do you choose the stories to tell with your images?
In effect I consider almost any story to be within my scope to choose to shoot for this project. However, along some stretches of the river I need to get permission from certain authorities to shoot and this is not always given, generally for health and hygiene reasons, other times because it is private property. This is particularly true in the tidal part of the river, where the Thames is a working river and the London Port Authority plays a particularly dominant role in deciding if I can shoot or not; likewise, on occasion the Crown Authority and town and county councils, who do not wish me to intrude on their land.
On the other hand there are also potential stories where the scope of the shoot is so great that it is almost impossible to proceed without having far greater financial and equipment resources than I currently have available. I have already pushed the boundaries with my shooting of ‘The Ladies Bridge’ but my present ambition to shoot the story of ‘The 1814 Frost Fair’ will overtrump even those needed for that story.
Frost Fairs had taken place several times before on the Thames but the one in 1814  was the last to take place before a new London Bridge was built, improving the flow of the water and stopping the freezing.  In 1814 the Thames froze between the  first London Bridge and Blackfriars Bridge. Thick ice formed from early February lasting for four days and an impromptu festival took place. Londoners stood on the frozen Thames eating ginger bread and drinking gin. Oxen were roasted over roaring fires. There was entertainment – hoopla, skittles, fire-eaters, wrestling. Temporary pubs did a roaring trade and drink encouraged people to dance. The ice was even thick enough to support printing presses churning out souvenirs and an elephant walking across it.  ‘The 1814 Frost Fair’ will be an epic story and will complete the first phase of my long-term Thames project. It will also be my most ambitious story-telling to-date.

The realization of your photographs requires the collaboration of a considerable staff: costume designers, set designers, make-up artists, lighting technicians and numerous models. Looking backstage videos, it seems to see a real movie set and even the single images seem to have all the potential of a film, for their extraordinary ability to condense a story in a frame. What points in common do you think the profession of the photographer have with that of the film director?
There is a close affinity in several respects betwen staged cinematic photography and creating a film.
Both my projects and in film-making require considerable preparation and preproduction work.  During a shoot I sometimes have as many as 30 people on set just to create one single image, much the same number for a film crew.
Lighting is very complex both in my case as a photographer and that used by a film director. In my case I use light shaping to achieve my cienematic results, many different sources  – natural, artifical, ambient and cross-lighting. I vary my  lighting set-ups for every image I take with the goal of creating very different feelings and moods.
Yet another similarity is my control of the shoot. Before the shoot I explain to my actors the role I wish them to play and the results that I hope to achieve. I will then direct them as if I am a film director.
I enjoy watching films specifically for learning about the lighting techniques that have been emplyed in making them. Often I wil mentally extract a still image from the film which appeals to me to analyse it.
During my still shoots I often have the feeling of producing a short film, or could do so by combining all of the still images together. Coincidentally I have decided to create a short film when I shoot ‘The 1814 Frost Fair’.  With 40 actors and circus performers on set it will  be the largest and most ambitious shoot that I have ever undertaken, added to this is the difficulty of recreating the Old London Bridge which  was demolished in 1824 and that the Thames does not freeze over any more. I am having to resort to shooting in a studio and using special effects to replicate the event, which also provides me with a unique opportunity to film it as well as shoot stills. Another benefit is that the BBC have asked to do an interview with me about my ‘Old Father Thames’ project including following me during a shoot, this is a perfect opportunity for them to record the filming as well. I intend to shoot this story early in 2019.

Your images are immersed in a mysterious atmosphere, in which quotes from the history of art, literary ideas and a refined surreal vein converge. The visual tension that characterizes your shots takes the viewer into a great epic hanging over time. What is the secret for making an engaging image?
From my viewpoint every single component of a shoot from idea to post-processing is essential for the success of the final image; specifically though selection of location, models, clothing and props. But for me and my style of images it is the setting, my directing of the actors and above all the lighting.

The events and moods of the characters in your photos seem to be reflected in the changing appearances of the river and in the different gradations of the ambient brightness that surrounds them. What role does digital post-production play in achieving this correspondence?
I strive to shoot everything in camera as much as I possibly can. However, in order to narrate some of  the ‘Old Father Thames’ stories fully I have had to use CGI, for example with the image ‘Flooding of Tate Britain’.

Where will the Old Father Thames project debut?
I am still discussing an exhibition of all the ‘OldFather Thames’ images with various galleries. In addition, as many people commenting on social media channels are asking to have the images in book form I’m on the look-out for a publisher. 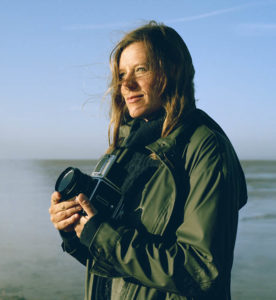 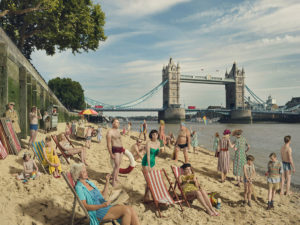 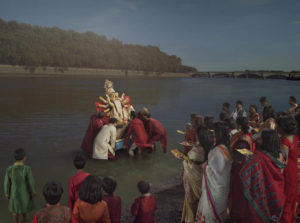 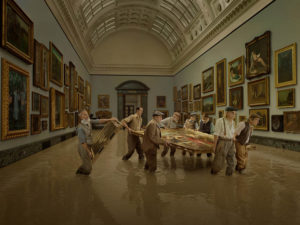 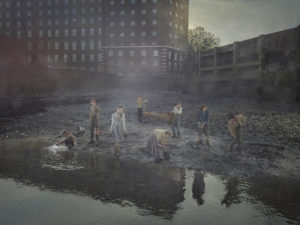 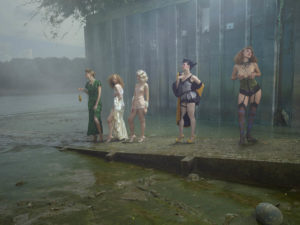 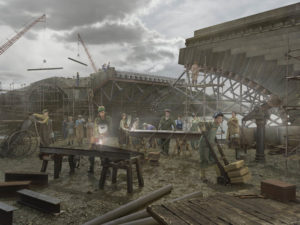 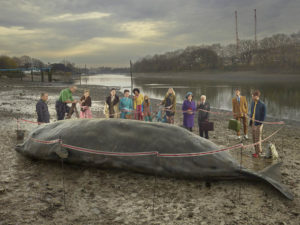 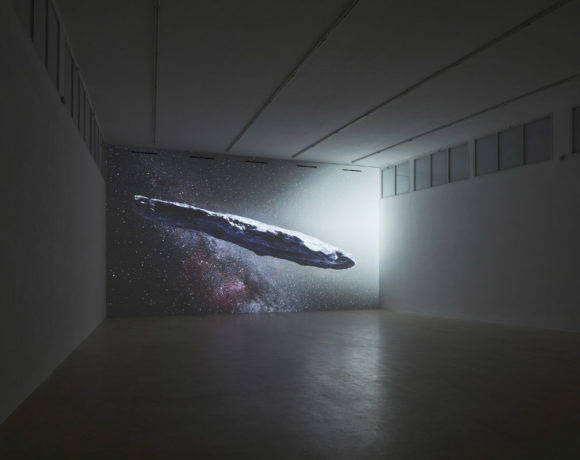 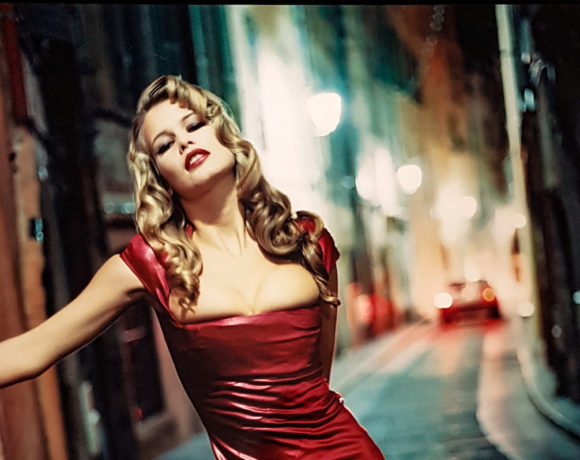