Cheerfully welcomed by the performance of the gigantic transparent spheres by Monster Chetwynd, moved from within by the dancers on the Messeplatz, one could decide whether to immediately go to Liste, with the research galleries that offer young artists to be launched, or breathe big in the enormous Unlimited space with the oversized works proposed to Giovanni Carmine by the mega galleries, or bravely tackling the two floors of Art Basel with stands offering big names for all tastes. By now we hope that we will return to live as before and we hope to see in the next editions all that half of the world that we have not seen this time, not even at Miart (East, Americans, etc.). Two years ago, some stands were real works of art for setting up, presentation, pleasure regardless of the individual works. This year perhaps the need to sell was a priority and therefore there was more of a paratactic disposition for a targeted choice.

We went into Liste first. The layout of the stands in a circle both inside and outside, is beautiful and here are some beautiful proposals by new artists such as those made by Crisis, Peruvian Gallery in Lima with the Venezuelan-Ecuadorian artist Ana Navas, with a work like Pyramid, 2018, (fabric, hair, silk paint, bread, epoxy resin). She uses various media by exploring an object which could be the new contexts in which it could reappear.

Or the Efremidis gallery in Berlin with the artist Hannah Sophie Dunkelberg who offers home fireplaces for a great need for warmth (see SUN CITY north, 2021, MDF plywood, flocked). Or the gallery from Varsavia Serce Czlowieka, which presents various artists, including Marta Niedbal who, with her work, reveals sensual escapes and unstable boundaries. She is interested in fluidity, which defies dualisms and dichotomies and reflects on where the body begins and ends. The Temptress (Kusicielka) 2021, a work in fabric, the middle way between tapestry and painting, with its hole in the middle invites the viewer to enter the body, in its connection with affection, emotionality and sexuality. Or, again, the Drei Gallery in Cologne with Phung-Tien Phan with works such as Dino at risk, 2021 (kitchen shelf, carbonated water device, soft toy, hook, incense sticks, saw blade). With great irony Phung-Tien Phan examines contemporary lifestyles, their social implications and the affirmative behavior of the individual in different environments and communities. The space inside the circle could be better defined and enriched with more interesting installations.

But returning to Art Basel and Unlimited, passing the best known galleries, here are the transparent works by Ragen Moss (1978, New York) in acrylic, polyethylene, aluminum and steel hardware, sometimes with texts, handwriting, presented by Gisela Capitain from Cologne and Bridget Donahue from New York and the 10 new sculptures suspended from the ceiling, present at Untitled under the title Humane Imagination (2020-2021), are simultaneously of great lightness and great intensity. With organic forms they approach the question of the interior space metaphorically understood as interiority. His works are in the collections of the Whitney Museum in New York and in the Museum of Contemporary art in Los Angeles where he lives. In order not to miss a bit of classical painting, here is the Galerie Artconcept which presents Corentin Grossmann. The artist mixes various iconographic influences ranging from medieval painting to folk art, from record cover images to 3D modeling products. We find Hieronymus Bosch or Brueghel the Elder with their compositions in which a multitude of elements at first sight disparate, imaginative, extraordinary are arranged. On the one hand, therefore, the surreal and dreamlike dimension, on the other, references to current events such as the earthquake that occurred in Haiti in 2011, or more generally phenomena linked to globalization. Then, when we encounter the works by Kara Walker, with her immediately recognizable style and color, with provocative scenes concerning racism, sexuality and violence, with reference to the history of the United States from slavery to the presidency of Barack Obama, we decided to move to the Kunstmuseum to see in the Kupferstichkabinett the artist’s first complete solo exhibition on Swiss soil with over 600 drawings kept under lock and key in the studio over the last 28 years.

After a day dedicated to the well-known galleries (which we do not talk about because it would never end) if you were lucky, tired from the exploration tour, you could enter the Vip louge to get something to drink or eat. And here one was greeted by the Suspensions installation by Emil Michael Klein with its curtains that are a prelude to the pictorial work which consists of blue lines, oil on canvas, with pink halos. Sea blue and sand colored curtains used to cover sofas, cushions, etc. from San Lorenzo, leader in yacht construction and here sponsor of the work. The artist is presented by Daniel Baumann director of the KunstHalle in Zurich. San Lorenzo Arts in the next three years will be in the three Art Basel in the world and each time will present an artist in a dedicated space. 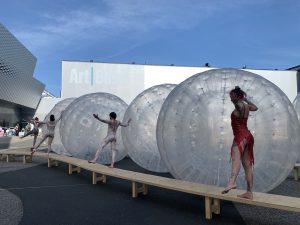 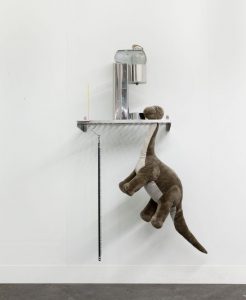 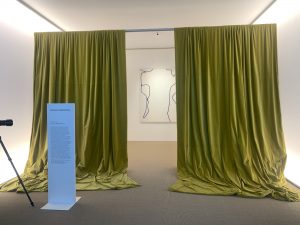 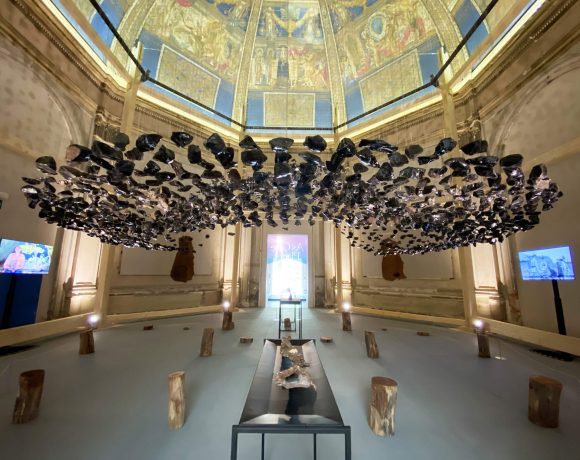 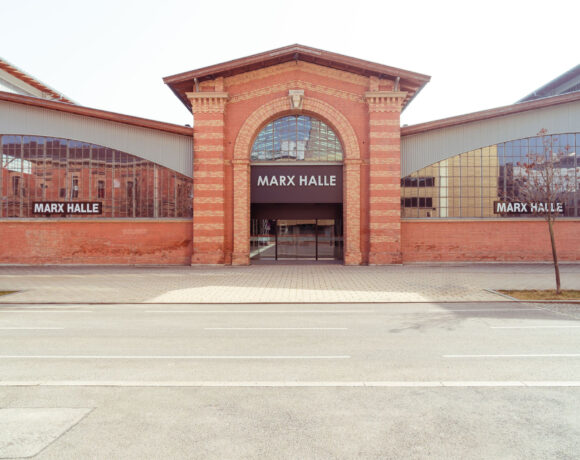 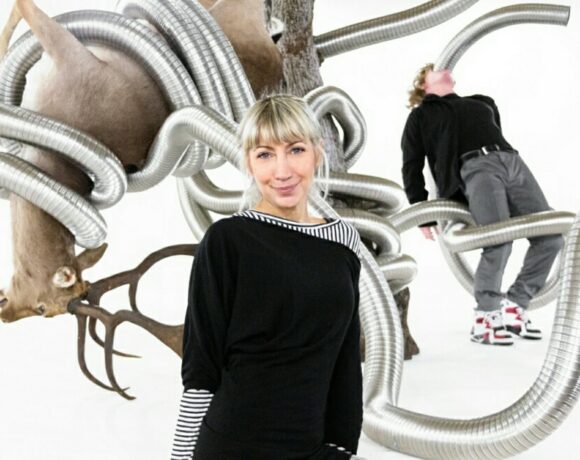 In conversation with Francesca Canfora