The Neues Museum in Nuremberg, to exhibit its collection of design and figurative art (from the 1950s onwards) and organize exhibitions dedicated to contemporary art, has more than 3 thousand square meters available. The museum, opened on April 15, 2000, is housed in a building designed by the architect Volker Staab. It should also be remembered that, thanks to the long-term loan of works of contemporary art by the Böckmann family, the Neues Museum can boast, on a global scale, the third collection of works by Gerhard Richter, which is not insignificant. Finally, in the field of design, the museum boasts a fruitful collaboration with Die Neue Sammlung – The Design Museum in Munich.

One of the Museum’s next appointments will be dedicated to the work of Keith Sonnier (Louisiana, 1941 – Southampton 2020). The works of this incredible author are sculptures that have absolutely nothing traditional: neither the material nor the way of proposing them, since they are built with neon and argon tubes or more generally with heterogeneous materials and industrially produced bulbs. This is why we can speak not only of sculpture of light and of space “drawn” by light itself, but also of a precise reference to the aesthetic culture of the Sixties, of which Sonnier is considered one of the main interpreters together with Richard Serra and Robert Morris (moreover Sonnier was his pupil and from him he derived the concept of anti-form).

What is certain is that the neon tube, starting from those years, has been declined in a different way, by many authors, so much so that it has become a material to be used like those of the past: a “magical and elusive” material to be “shaped” as well of the more traditional wax, clay, plaster and above all to be related with other non-noble materials such as fabrics or gauze or metals or plastics. In this sense, within the linguistic polymateriality conjugated in a disseminative way, one thinks of Bruce Nauman and Mario Merz, but not only: Sonnier’s research has in a certain sense opened the path to other authors who then knew how to combine the “Neon material” in different forms and thoughts, such as Maurizio Nannucci and Tracey Emin and the “light / color material” with new and unusual developments such as those practiced by James Turrell and Ann Veronica Janssen, making this immaterial world become a poetic in its own right, almost a world parallel to that of painting or procedural practices. However, the author did not stop at the invasive and enveloping use of neon light, as this would have meant a too simple material translation! After incorporating light into his environmental and immersive installations, manipulated in psycho-physical terms, he experimented with space-time with the insertion / juxtaposition of video projections, in order to set up a close and aesthetically articulated dialogue, thus passing from simple plastic configuration in an all-encompassing, lively, involving environment.

During his long and prolific career, Sonnier has had the opportunity to be invited to international exhibitions; we recall some of these memorable participations: “Eccentric Abstraction” (1966, Fischbach Gallery, New York, curated by Lucy R. Lippard); “When Attitudes Become Form” (1969, Kunsthalle Bern, curated by Harald Szeemann), documenta 5 (1972, Kassel, under the direction of Harald Szeemann), Venice Biennale in 1972 (USA Pavilion) and in 1982 (Open 82 section).

The exhibition at the Neues Museum, curated by Kristin Schrader, offers about fifty works spread over six decades of work. The title of the exhibition, Lightsome, refers on the one hand to the author’s art of light and on the other to the “cheerful” and “carefree” attitude that these works often evoke. A playfulness that must not, however, overshadow a subtle spirituality hidden by light: the intangibility of the color that becomes luminescence and that in Dante, in the splendor of blinding white, led to the utmost knowledge (but we can even go back to the biblical fiat lux and in the light upon light of the Koran).

All of this is thrilling and a little disconcerting and raises the question: how did all this happen? Why has this intimate experimentalism been able to find its natural course? Why did the authors of the so-called neo-avant-gardes of the 1960s dare a challenge that a few decades earlier would have been unthinkable? I do not pretend to give a certain and unambiguous answer, but only to affirm something sensible and obvious: in the years when society began to accelerate in the sense of an enlarged economic well-being it was possible to advance challenges, also finding enlightened minds available to support them. Post-minimalism was somehow part of this thought all aimed at renewal and positive economies, in the perspective that democracy also means spreading well-being (and culture) to the lower strata of the population.

This exhibition, truly symptomatic of an era and a climate that marked it, falls under the aegis of a change of direction of the museum, given that Simone Schimpf has taken over the team from 1 July. 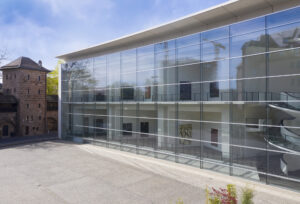 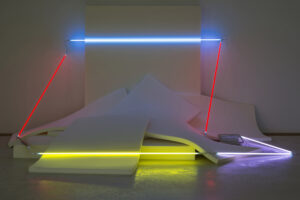 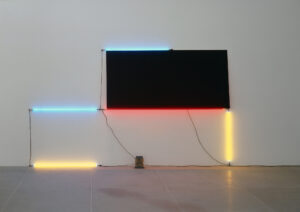 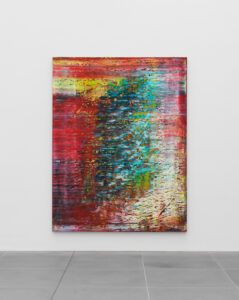